Rationale: Sleep and epilepsy have bilateral interactions ranging from differentiating among seizure types, seizure exacerbation with sleep disturbances, and hypothesis regarding the role of sleep in seizure-related morbidity and mortality [1-2]. The goal of this study is to test the hypothesis that time of day accurately predicts preictal sleep-wake state in the epilepsy monitoring unit (EMU).

Conclusions: In summary, time of day is an inaccurate surrogate for preictal sleep-wake state in the EMU despite a correlation between nocturnal period and sleep. These findings suggest that the inpatient environment may not promote appropriate sleep hygiene, and that accuracy of epidemiological studies that use time of day of seizure as an implicit or surrogate marker for state is limited. 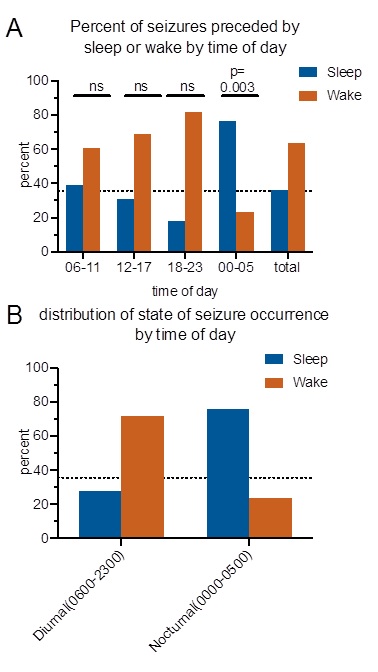