Rationale: Stereotactic laser amygdalohippocampotomy (SLAH) has emerged as a minimally invasive alternative to selective amygdalohippocampectomy and anterior temporal lobectomy in the treatment of mesial temporal lobe epilepsy (MTLE). The parahippocampal gyrus (PHG) and its subregions are known to be involved in seizure generation and propagation in MTLE.

Methods: Seizure outcomes and pre- and postoperative imaging were retrospectively reviewed in patients with MTLE who underwent SLAH at a single institution. Mesial temporal subregions were manually segmented on preoperative MRI, and the contrast-enhancing ablation volume was segmented on immediate post-ablation MRI. Pre- and postoperative MRIs were co-registered to assess anatomic ablation. Postoperative MRI and ablation volumes were also spatially normalized, enabling assessment of seizure outcome with heat maps.

Conclusions: Though AHC is the described target of SLAH, seizure outcome in this cohort was associated with degree of ablation in PHG but not AHC. Complete coverage of both AHC and PHG is technically challenging, and more work is needed to optimize seizure outcome after SLAH. 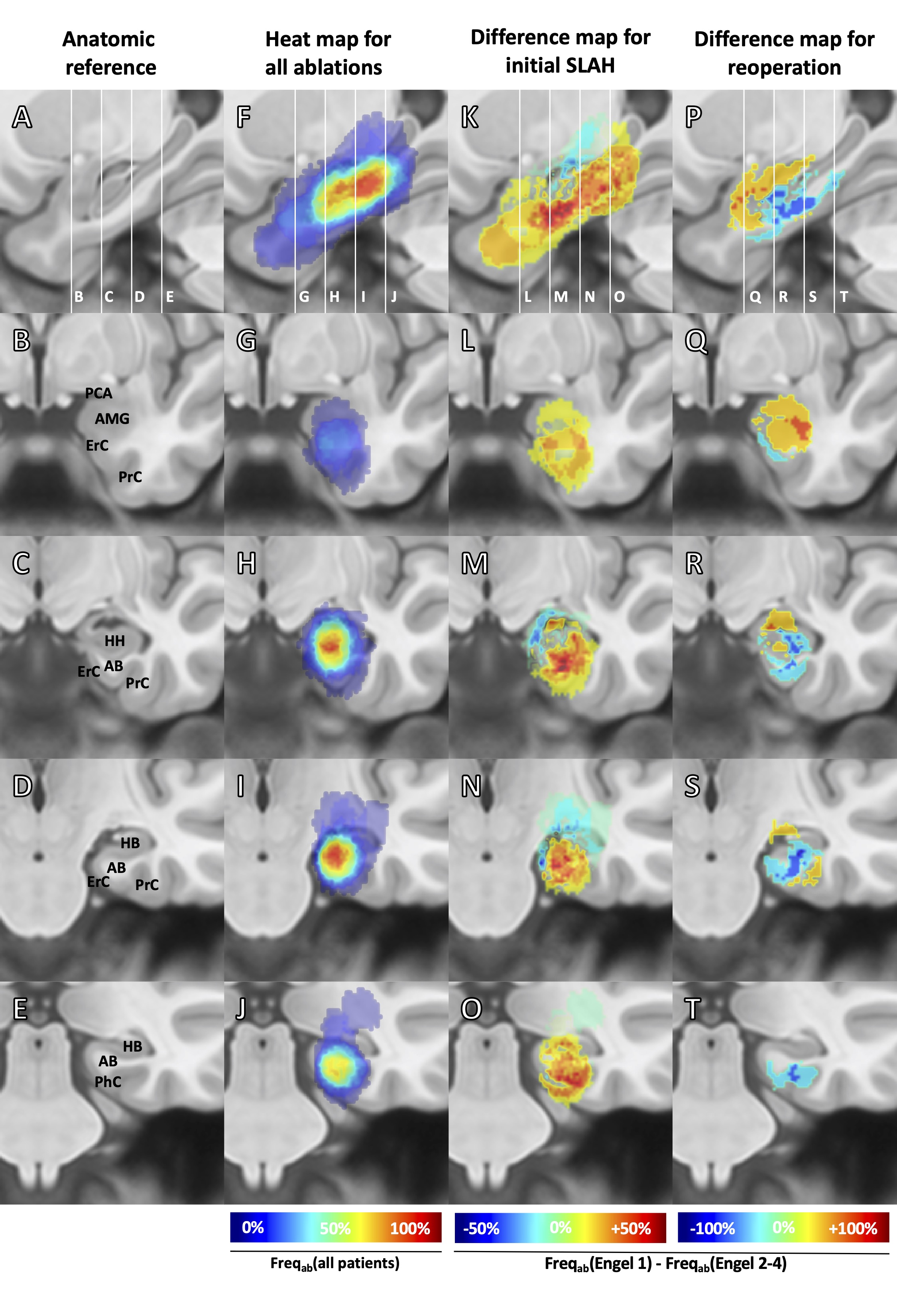