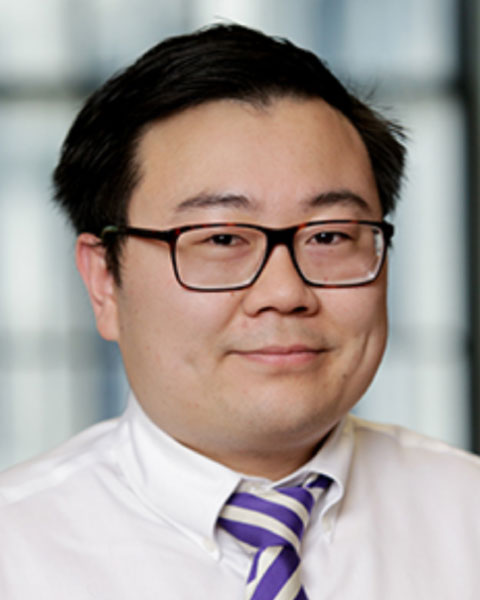 Steve Xu MD, MSc is a physician engineer, the Medical Director of the Querrey Simpson Institute of Bioelectronics at Northwestern University, and an Assistant Professor in the Department of Dermatology at Northwestern University’s Feinberg School of Medicine. He received his undergraduate degree in bioengineering from Rice University summa cum laude, a Masters in Health Policy, Planning, and Finance with Merit from The London School of Economics where he was a Marshall Scholar, and an MD from Harvard Medical School with special honors where he was a Soros Fellow. He completed his residency training in dermatology at the McGaw Medical Center of Northwestern University where he still actively practices.

Throughout his career, Dr. Xu has developed numerous medical technologies that span multiple medical fields including dermatology, orthopedics, cardiology, neurology and consumer health. His work has been supported by industry, philanthropy, and the National Institutes of Health. Dr. Xu is an inventor on more than a dozen patents, and has authored more than 75 peer-reviewed publications. His work has appeared in The New England Journal of Medicine, Science, and Nature with coverage from media sources such as The New York Times, CNN, The Washington Post, and The Los Angeles Times. He is principal investigator of numerous NIH grants with a specific interest in technology development for vulnerable populations such as children and the elderly. He is externally recognized expert on medical innovation, digital health, and wearable sensors,