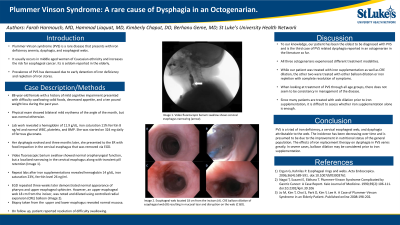 Introduction: Plummer-Vinson syndrome (PVS) is a rare disease that presents with iron deficiency anemia, dysphagia, and esophageal webs. It usually occurs in middle aged women of Caucasian ethnicity and increases the risk for esophageal cancer. Prevalence of PVS has decreased due to early detection of iron deficiency and repletion of iron stores. While PVS has also been commonly described in children and adolescents, it is seldom reported in the elderly population.

Methods: An 88-year-old female with a history of mild cognitive impairment, allergic rhinitis, and GERD presented with dysphagia to solid foods along with a decreased appetite and a ten pound weight loss during the past one year. Physical exam showed bilateral mild erythema of the angle of the mouth. Routine lab work revealed a normal WBC count, platelet count, basic metabolic profile but did have iron deficiency anemia (Hb 11.9 g/dL, iron saturation 11% and ferritin of 8 ng/ml). She was prescribed 324 mg daily dose of ferrous gluconate. Three months later, she presented to the ER with food impaction and underwent EGD to remove a food bolus in the cervical esophagus. Localized erythematous mucosa with erosions was noted in the esophagus at the site of food impaction. Normal oropharyngeal function was found during speech pathology evaluation while a video fluoroscopic barium swallow showed localized narrowing in the cervical esophagus along with transient pill retention (Image 1). New labs indicated good response to iron replacement (hemoglobin 14 g/dL, iron saturation 23%, and ferritin of 26 ng/ml). An EGD was repeated three weeks later which demonstrated normal appearance of pharynx and upper esophageal sphincter. Upon careful inspection, an upper esophageal web, 18 cm from the incisors, was noted and dilated using controlled radial expansion (CRE) balloon (Image 2). Biopsy was taken from the upper and lower esophagus which revealed normal mucosa. On follow up, patient reported resolution of difficulty swallowing.

Discussion: Dysphagia is reported in up to 10% of the elderly population. It commonly causes malnutrition, and is associated with increased mortality. The usual etiologies include cognitive dysfunction, neurological diseases and/or esophageal disorders. To our knowledge, this is the third case of PVS related dysphagia reported in an octogenarian in the literature. Iron replacement can help resolve dysphagia in PVS but, occasionally, dilation of esophageal webs may be required. 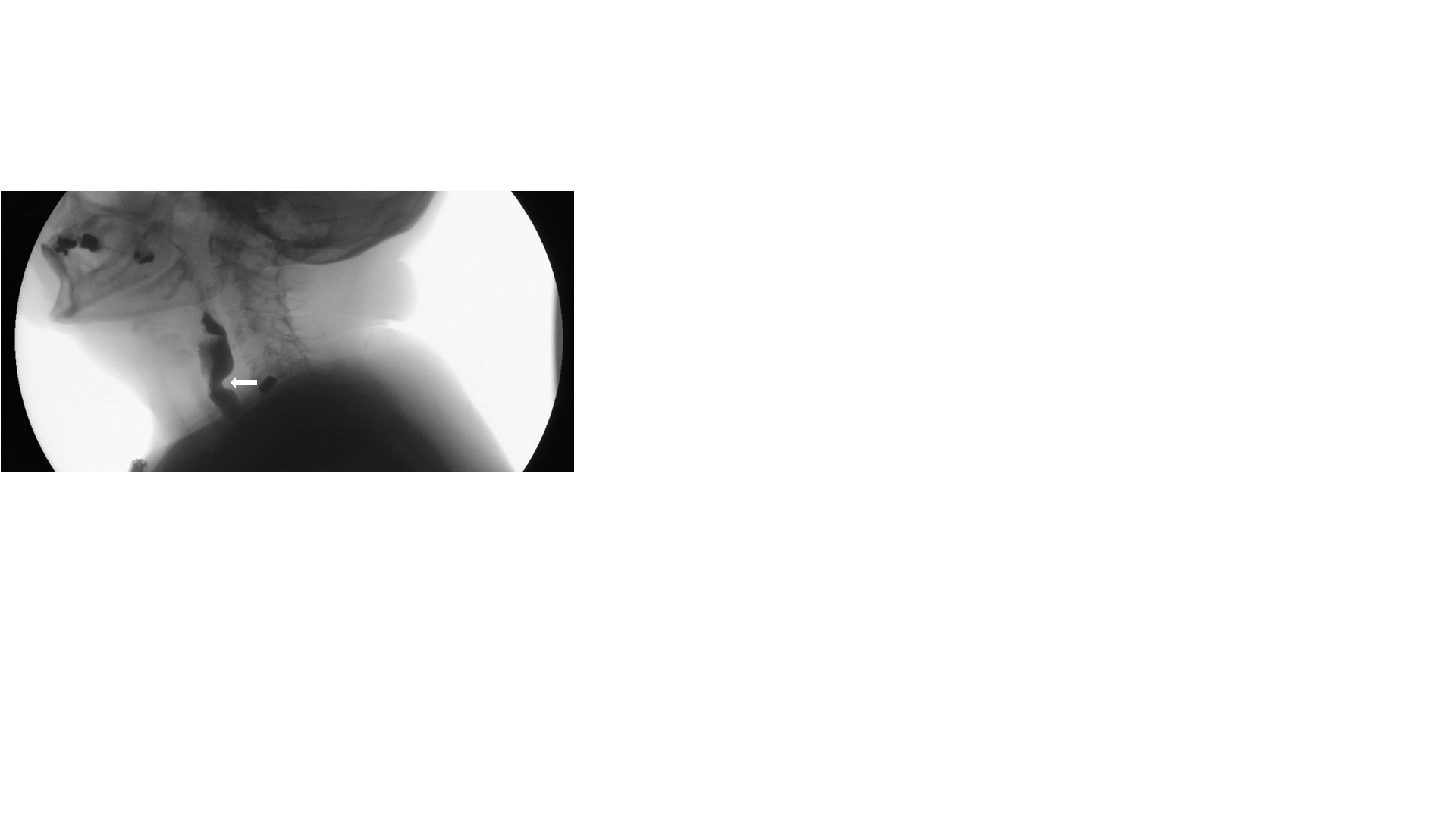 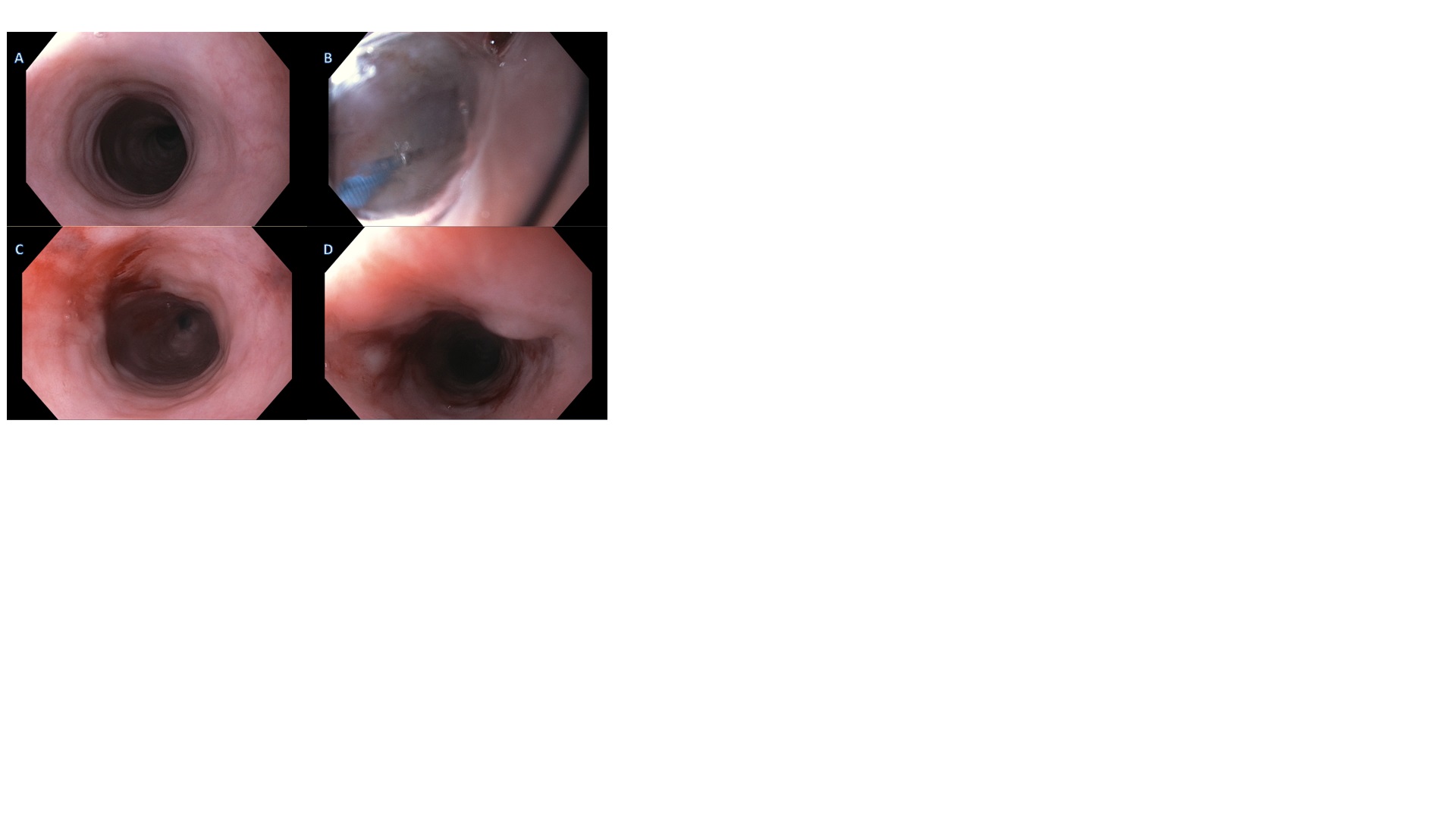 Image 2. Esophageal web located 18 cm from the incisors (A). CRE balloon dilation of esophageal web (B) resulting in mucosal tear and disruption on the web (C &D).