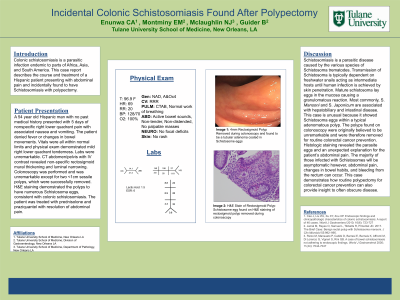 Introduction: Colonic schistosomiasis is a parasitic infection endemic to parts of Africa, Asia, and South America. This case report describes the course and treatment of a Hispanic patient presenting with abdominal pain and incidentally found to have Schistosomiasis with polypectomy.

Methods: A 54 year old Hispanic man with no past medical history presented with 5 days of nonspecific right lower quadrant pain with associated nausea and vomiting. The patient denied fever or changes in bowel movements. Vitals were all within normal limits and physical exam demonstrated mild right lower quadrant tenderness. Labs were unremarkable. CT abdomen/pelvis with IV contrast revealed non-specific rectosigmoid mural thickening and luminal narrowing. Colonoscopy was performed and was unremarkable except for two < 1cm sessile polyps, which were successfully removed. H&E staining demonstrated the polyps to have numerous Schistosoma eggs, consistent with colonic schistosomiasis. The patient was treated with prednisolone and praziquantel with resolution of abdominal pain.

Discussion: Schistosomiasis is a parasitic disease caused by the various species of Schistosoma trematodes. Transmission of Schistosoma is typically dependent on freshwater snails acting as intermediate hosts until human infection is achieved by skin penetration. Mature schistosoma lay eggs in the mucosa causing a granulomatous reaction. Most commonly, S. Mansoni and S. Japonicum are associated with hepatobiliary and intestinal disease. This case is unusual because it showed Schistosoma eggs within a typical adenomatous polyp. The polyps found on colonoscopy were originally believed to be unremarkable and were therefore removed for routine colorectal cancer prevention. Histologic staining revealed the parasite eggs and an unexpected explanation for the patient’s abdominal pain. The majority of those infected with Schistosomes will be asymptomatic however, abdominal pain, changes in bowel habits, and bleeding from the rectum can occur. This case demonstrates how routine polypectomy for colorectal cancer prevention can also provide insight to often obscure disease. 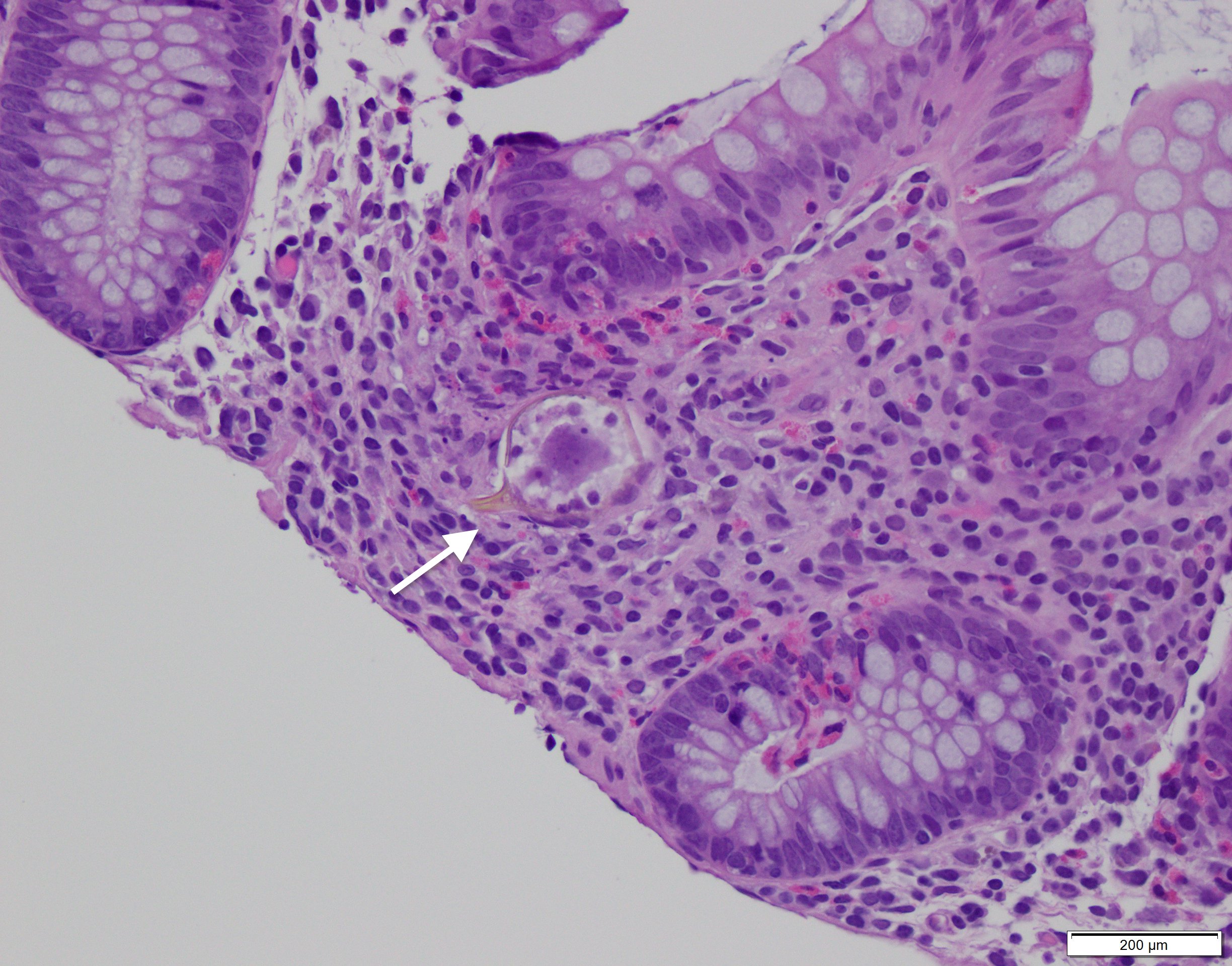 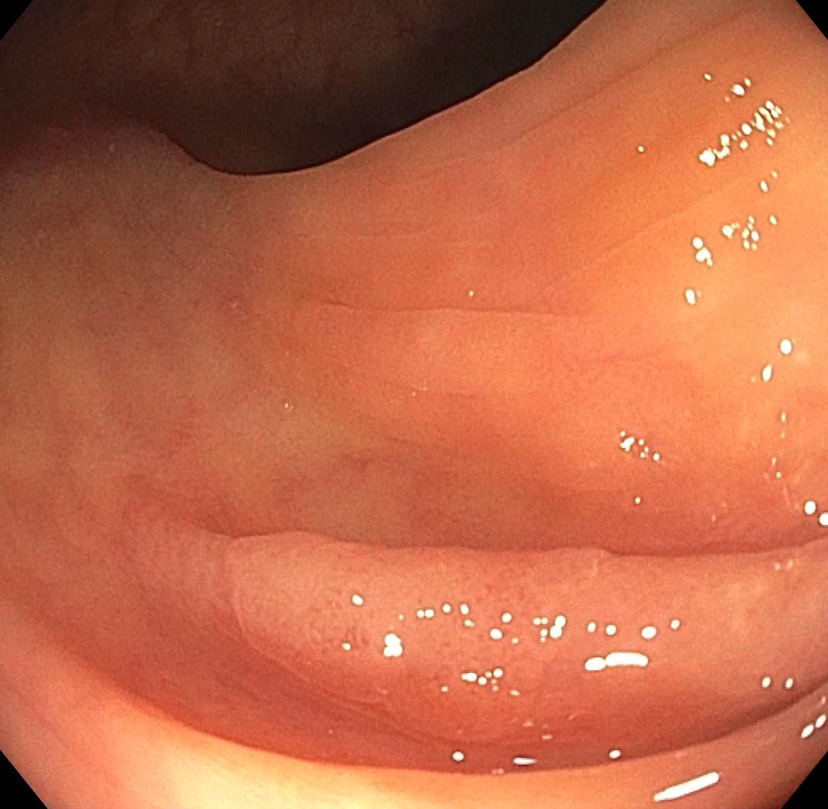 4mm Rectosigmoid Polyp removed during colonoscopy, found to be a tubular adenoma coated in Schistosome eggs