P0977 (S1926). - Cytomegalovirus Presenting as an Esophageal Mass in an Immunocompetent Patient 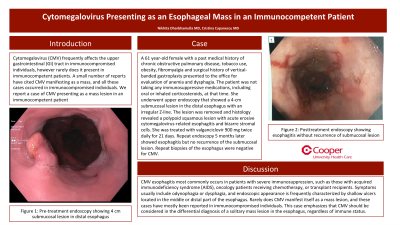 Methods: A 61-year-old female with a past medical history of chronic obstructive pulmonary disease, tobacco use, obesity, fibromyalgia and surgical history of vertical-banded gastroplasty presented to the office for evaluation of anemia and dysphagia. The patient was not taking any immunosuppressive medications, including oral or inhaled corticosteroids, at that time. She underwent upper endoscopy that showed a 4-cm submucosal lesion in the distal esophagus with an irregular Z-line. The lesion was removed and histology revealed a polypoid squamous lesion with acute erosive cytomegalovirus-related esophagitis and bizarre stromal cells. She was treated with valganciclovir 900 mg twice daily for 21 days. Repeat endoscopy 5 months later showed esophagitis but no recurrence of the submucosal lesion. Repeat biopsies of the esophagus were negative for CMV.

Discussion: CMV esophagitis most commonly occurs in patients with severe immunosuppression, such as those with acquired immunodeficiency syndrome (AIDS), oncology patients receiving chemotherapy, or transplant recipients. Symptoms usually include odynophagia or dysphagia, and endoscopic appearance is frequently characterized by shallow ulcers located in the middle or distal part of the esophagus. Rarely does CMV manifest itself as a mass lesion, and these cases have mostly been reported in immunocompromised individuals. This case emphasizes that CMV should be considered in the differential diagnosis of a solitary mass lesion in the esophagus, regardless of immune status. 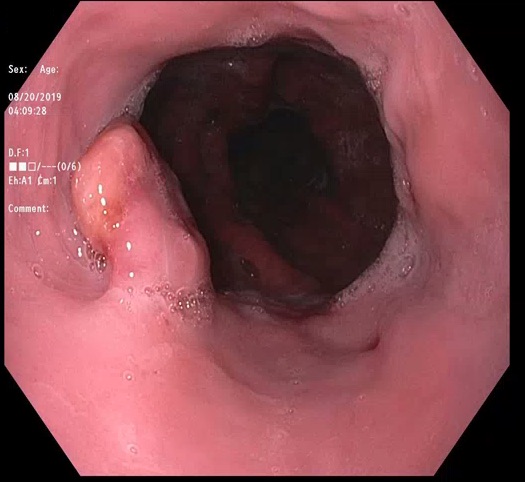 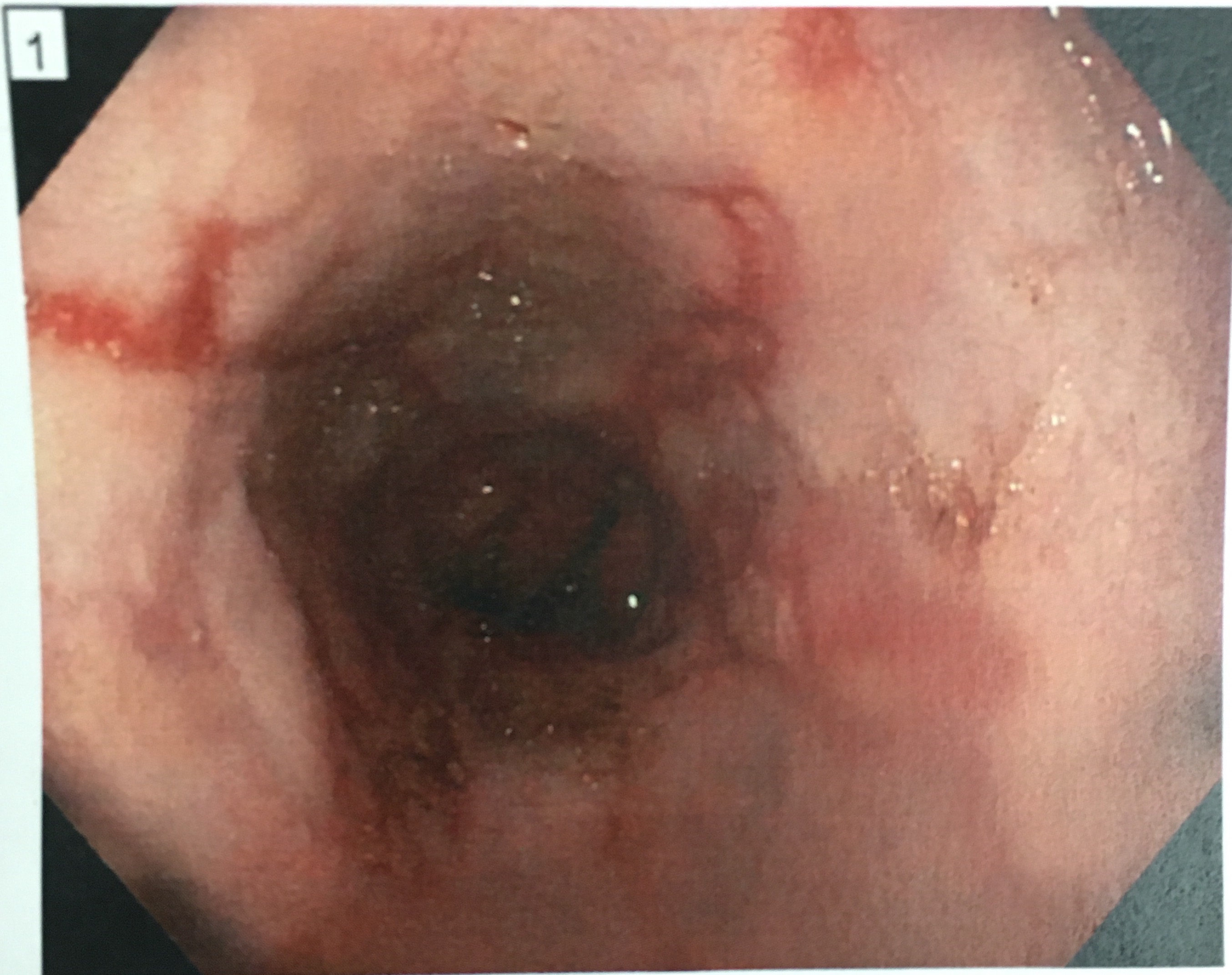