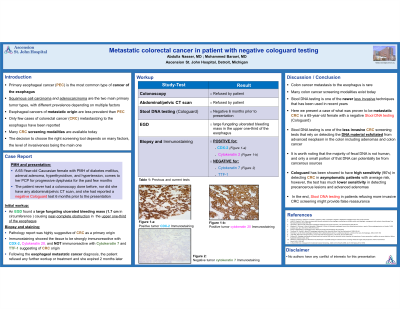 Introduction: Primary esophageal cancer (PEC) is the most common type of cancer of the esophagus. Squamous cell carcinoma and adenocarcinoma are the two main primary tumor types and their prevalence differs depending on factors, like race, geography, and lifestyle.
Esophageal cancers of metastatic origin are less prevalent than PEC, they usually originate from sites like lung, breast, and liver. Only a few cases of colorectal cancer (CRC) metastasizing to the esophagus have been reported. Many CRC screening modalities are available today. The decision to choose the right screening tool depends on many factors, the level of invasiveness being the main one.

Methods: A 65-Year-old Caucasian female with PMH of diabetes mellitus, adrenal adenoma, hyperthyroidism, and hypertension, comes to her PCP for progressive dysphasia for the past few months. After the initial workup, an EGD found a large fungating ulcerated bleeding mass in the upper one-third of the esophagus. The mass was 1.7 cm in circumference and was causing a near-complete obstruction of the esophageal lumen. Tumor biopsy pathology report was suggestive of CRC as a primary origin. Immunostaining showed the tissue to be strongly immunoreactive with cytokeratin 20, CDX-2, and NOT immunoreactive with cytokeratin 7 and TTF-1; This immune-cytochemistry profile is highly suggestive of CRC origin. The patient never had a colonoscopy done before, nor did she have any abdominal/pelvic CT scan, and she had reported a negative Cologuard test 6 months prior to the procedure.
Following the esophageal metastatic cancer diagnosis, the patient refused any further workup or treatment and she expired 2 months later.

Discussion: Here we present a case of what was proven to be metastatic CRC in a 65-year-old female with a negative Stool DNA testing (Cologuard). Stool DNA testing is one of the less invasive CRC screening tests that rely on detecting the DNA material exfoliated from advanced neoplasm in the colon including adenomas and colon cancer. It is worth noting that the majority of fecal DNA is not human, and only a small portion of that DNA can potentially be from cancerous sources. Cologuard has been showed to have high sensitivity (90's) in detecting CRC in asymptomatic patients with average risk, however, the test had much lower sensitivity in detecting precancerous lesions and advanced adenomas. In the end, Stool DNA testing in patients refusing more invasive CRC screening might provide false reassurance. 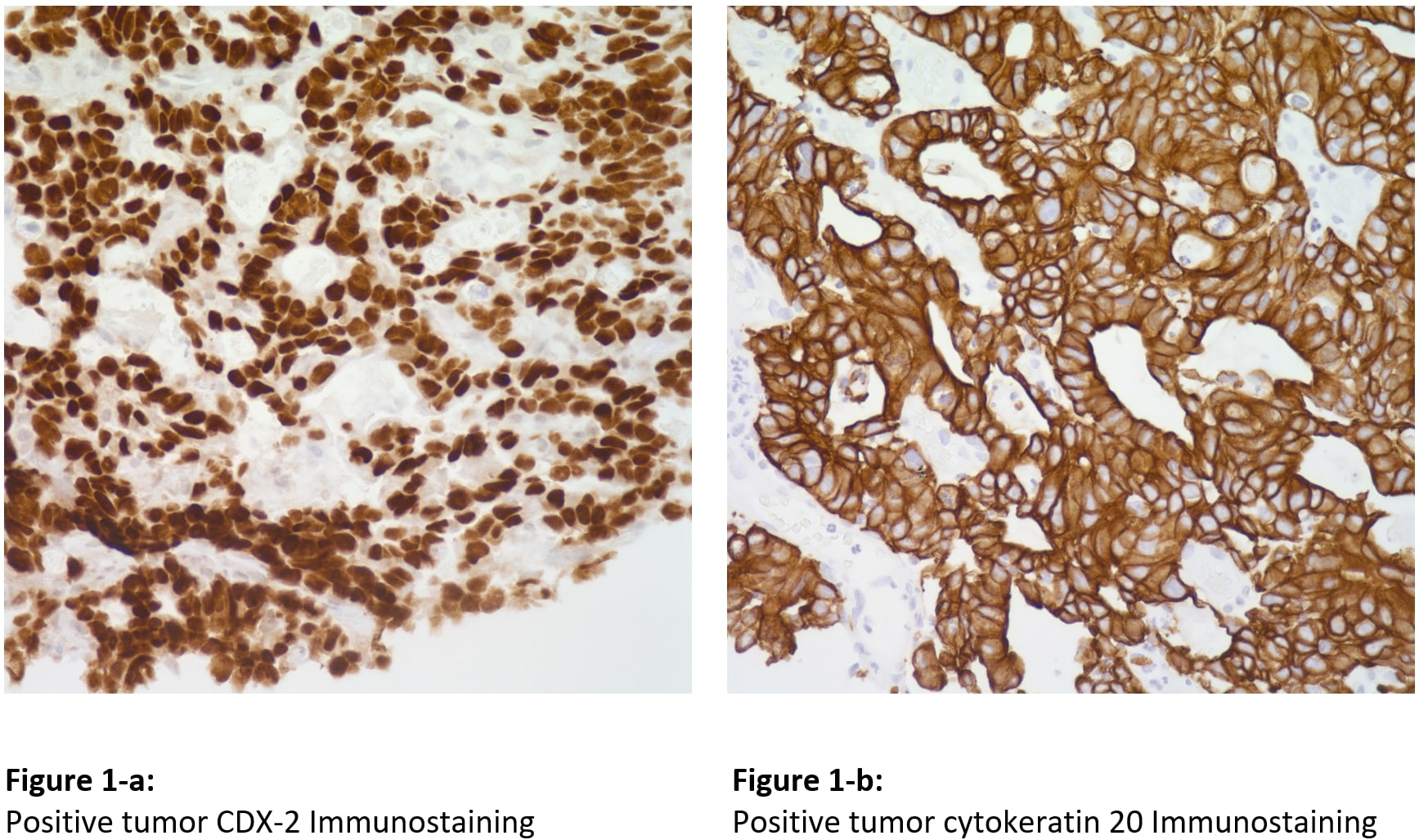 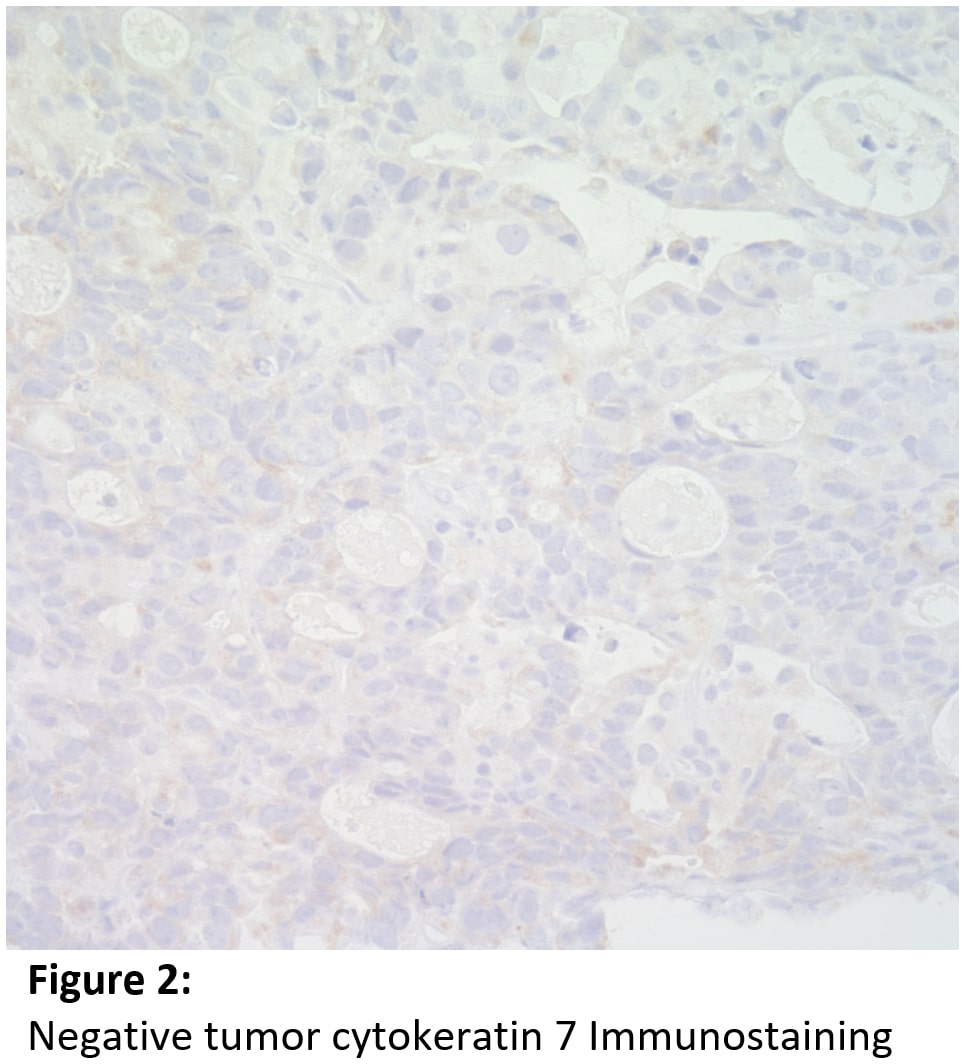