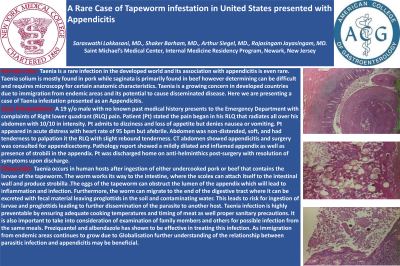 Introduction: Taenia is a rare infection in the developed world and its association with appendicitis is even rare. Taenia solium is mostly found in pork while saginata is primarily found in beef however determining can be difficult and requires microscopy for certain anatomic characteristics. Taenia is a growing concern in developed countries due to immigration from endemic areas and its potential to cause disseminated disease. Here we are presenting a case of Taenia infestation presented as an Appendicitis.

Methods: A 19 y/o male with no known past medical history presents to the Emergency Department with complaints of Right lower quadrant (RLQ) pain. Patient (Pt) stated the pain began in his RLQ that radiates all over his abdomen with 10/10 in intensity. Pt admits to dizziness and loss of appetite but denies nausea or vomiting. Pt appeared in acute distress with heart rate of 95 bpm but afebrile. Abdomen was non-distended, soft, and had tenderness to palpation it the RLQ with slight rebound tenderness. CT abdomen showed appendicitis and surgery was consulted for appendicectomy. Pathology report showed a mildly dilated and inflammed appendix as well as presence of strobili in the appendix. Pt was discharged home on anti-helminthics post-surgery with resolution of symptoms upon discharge.

Discussion: Taenia occurs in human hosts after ingestion of either undercooked pork or beef that contains the larvae of the tapeworm. The worm works its way to the intestine, where the scolex can attach itself to the intestinal wall and produce strobilla .The eggs of the tapeworm can obstruct the lumen of the appendix which will lead to inflammation and infection. Furthermore, the worm can migrate to the end of the digestive tract where it can be excreted with fecal material leaving proglottids in the soil and contaminating water. This leads to risk for ingestion of larvae and proglottids leading to further dissemination of the parasite to another host. Taenia infection is highly preventable by ensuring adequate cooking temperatures and timing of meat as well proper sanitary precautions. It is also important to take into consideration of examination of family members and others for possible infection from the same meals. Preziquantel and albendazole has shown to be effective in treating this infection. As immigration from endemic areas continues to grow due to Globalisation further understanding of the relationship between parasitic infection and appendicitis may be beneficial. 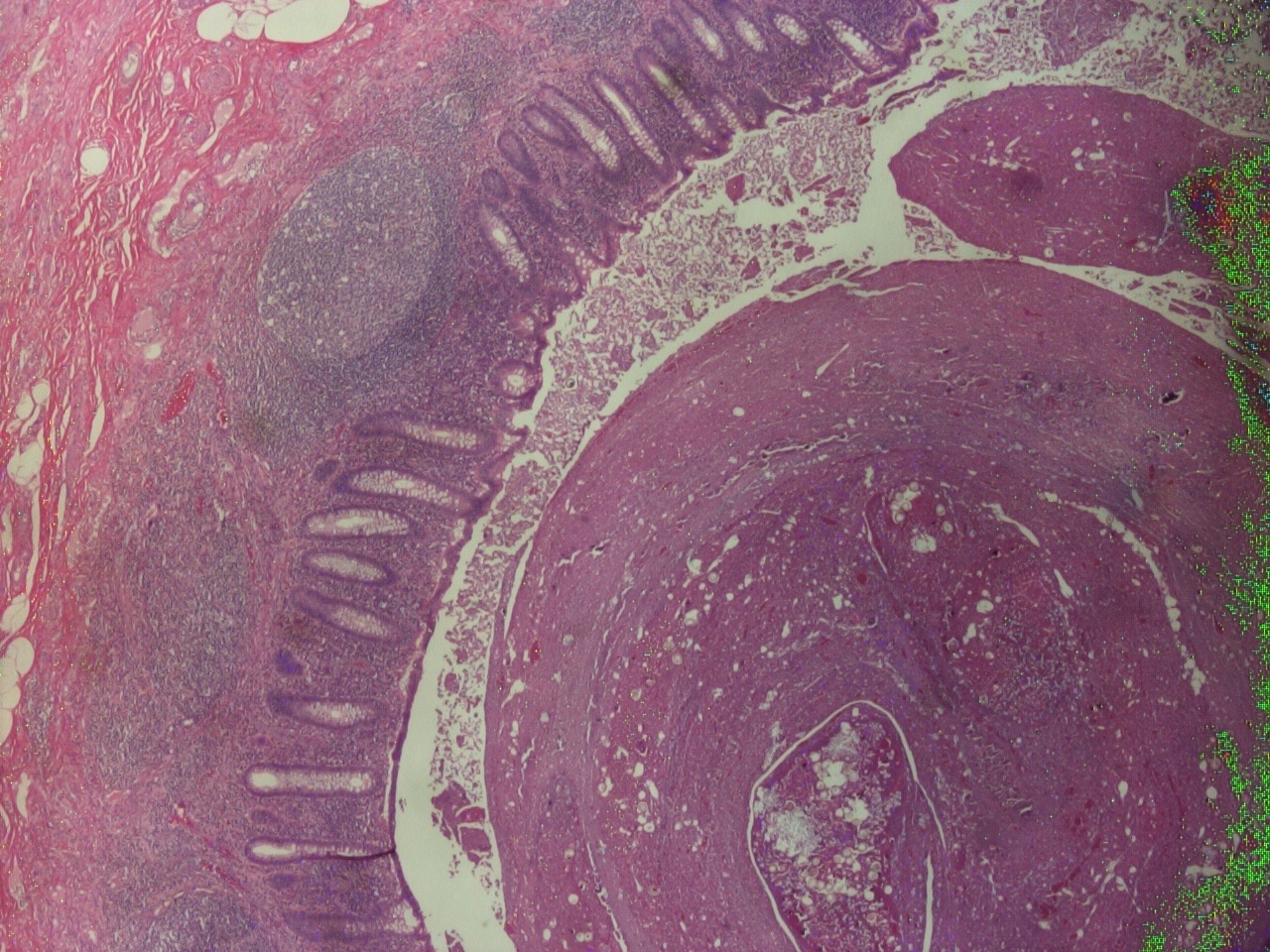 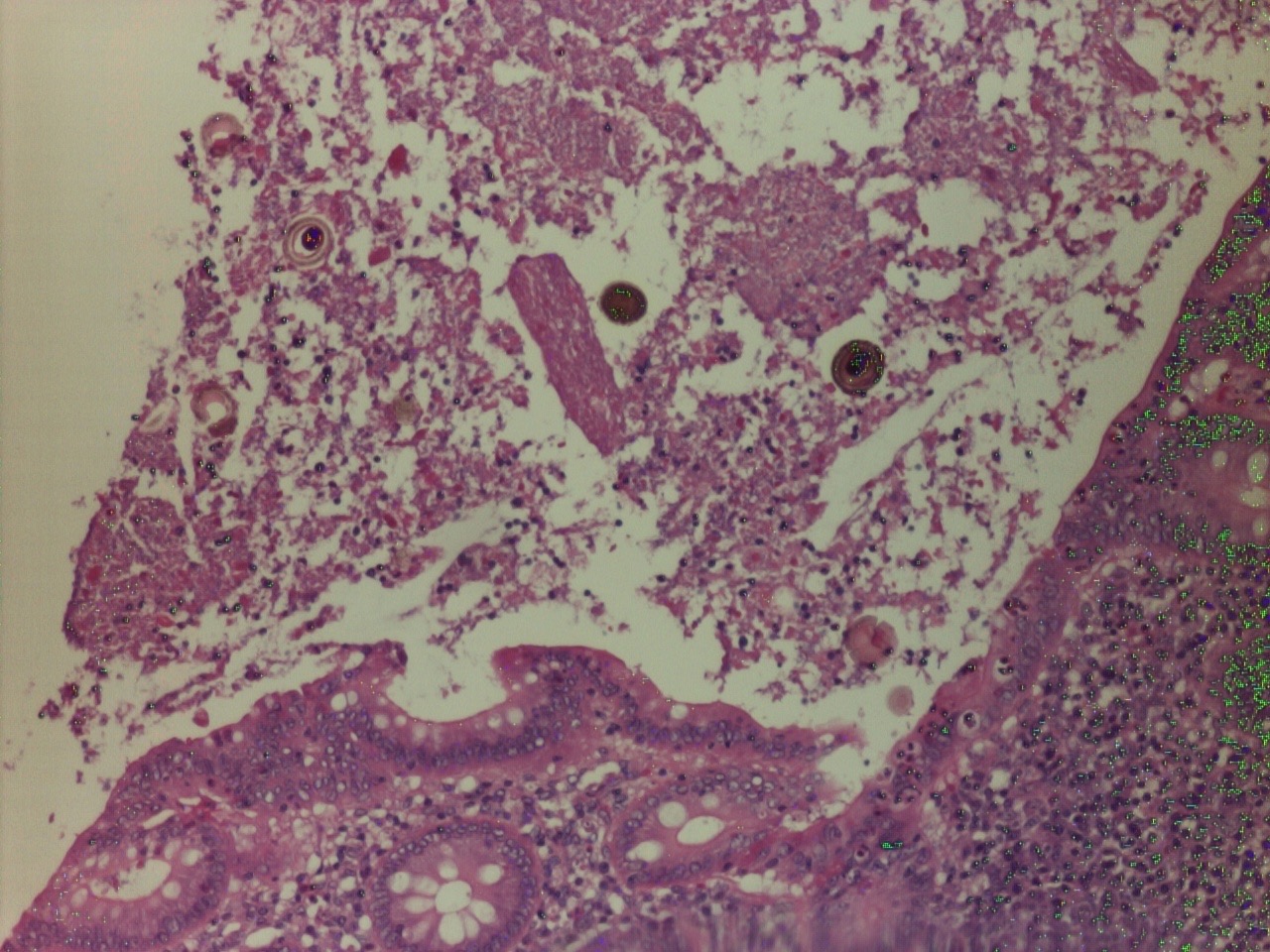 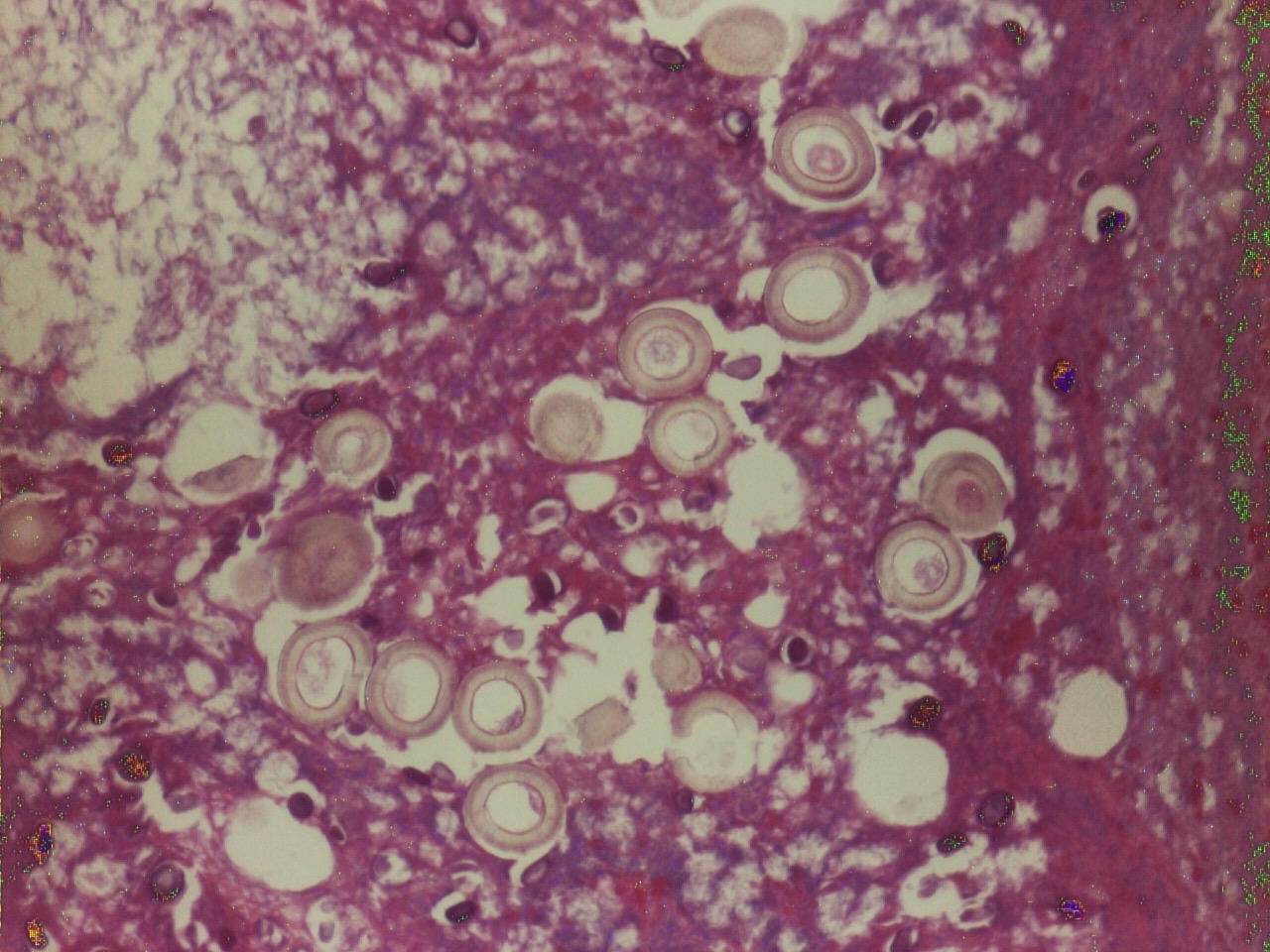