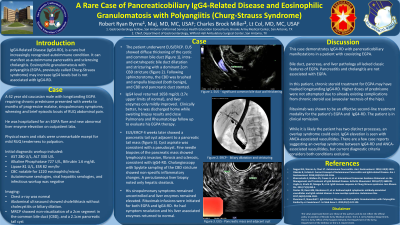 Introduction: IgG4-Related Disease (IgG4-RD) is a rare but increasingly recognized condition. It can manifest as pancreatitis and sclerosing cholangitis. Eosinophilic granulomatosis with polyangiitis (EGPA) may increase IgG4 levels but is not associated with IgG4-RD.

Discussion: This case demonstrates IgG4-RD with pancreaticobiliary disease in a patient on chronic steroids for EGPA. Bile duct, pancreatic, and liver biopsies all lacked features of EGPA. Pancreatitis and cholangitis are not associated with EGPA. Thus, it is likely the patient had two distinct and rare processes. His chronic steroid treatment for EGPA may have masked longstanding IgG4-RD. Rituximab was shown to be an effective second-line treatment modality for both conditions. 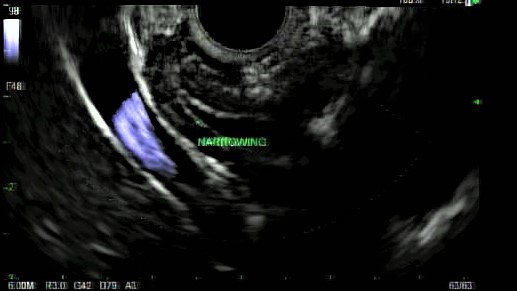 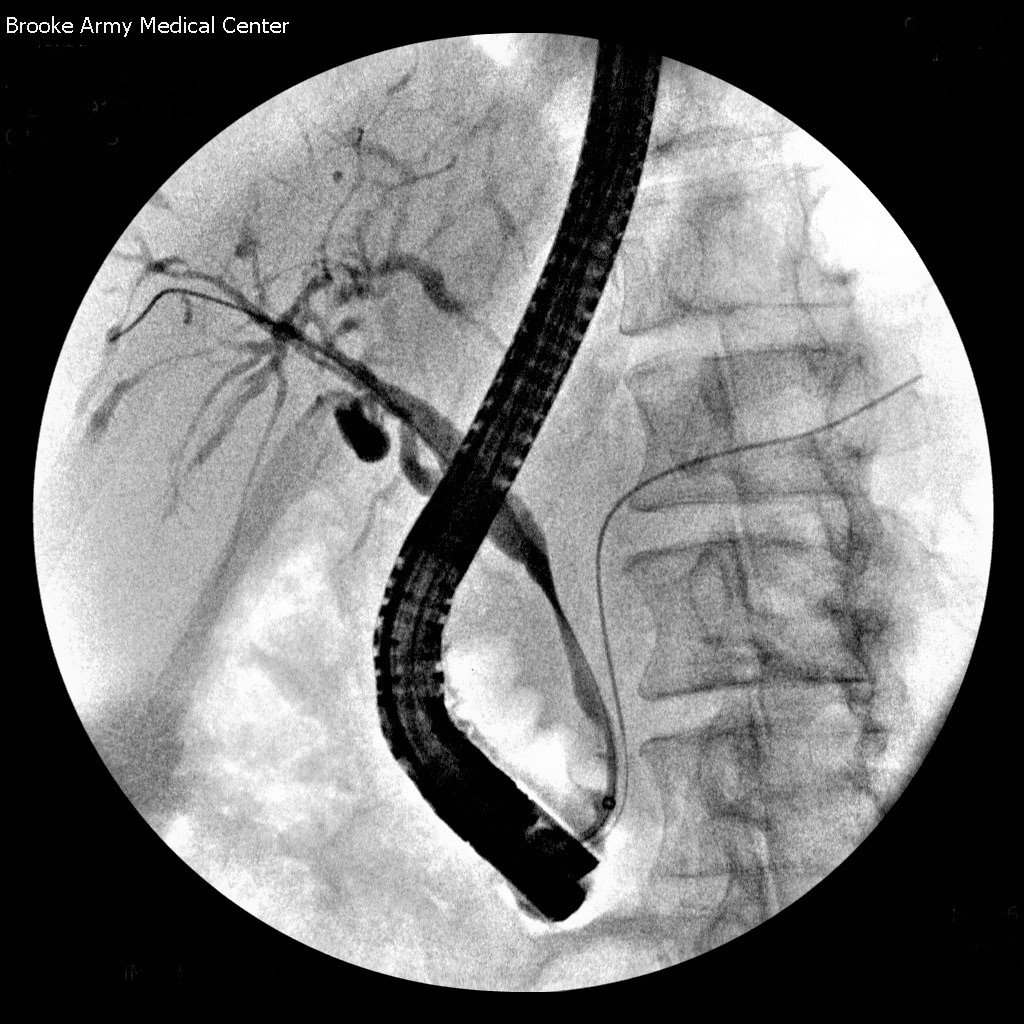 ERCP - Areas of dilatation and stricturing/narrowing involving the intra- and extrahepatic bile ducts consistent with cholangitis. A 2cm dominant stricture is noted in the common bile duct. 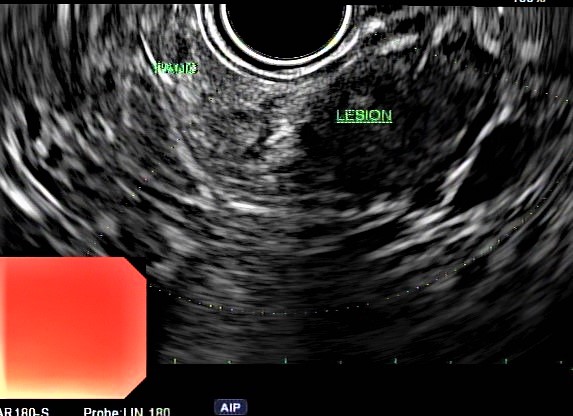