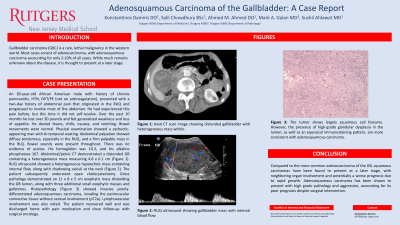 Introduction: Gallbladder carcinoma (GBC) is a rare, lethal malignancy in the western world. Most cases consist of adenocarcinoma, with adenosquamous carcinoma accounting for only 2-10% of all cases. While much remains unknown about the disease, it is thought to present at a later stage. This case reports a rare subtype of GBC presenting as non-remitting abdominal pain and weight loss.

Methods: A 85-year-old African American male with history of chronic pancreatitis, HTN, DVT/PE (not on anticoagulation), presented with a two-day history of abdominal pain that originated in the RUQ and progressed to involve most of the abdomen. He had experienced this pain before, but this time it did not self-resolve. Over the past 10 months he lost over 30 pounds, and felt generalized weakness and loss of appetite. He denied fevers, chills, nausea, and vomiting. Bowel movements were normal. Physical examination showed a cachectic-appearing man with bi-temporal wasting. Abdominal palpation showed diffuse tenderness, especially in the RUQ, and a firm palpable mass in the RLQ. Bowel sounds were present throughout. There was no evidence of ascites. His hemoglobin was 10.3, and his alkaline phosphatase 167. Abdominal/pelvic CT demonstrated a distended GB containing a heterogeneous mass measuring 4.8 x 6.1 cm (Figure 1). RUQ ultrasound showed a heterogeneous hypoechoic mass containing internal flow, along with shadowing calculi at the neck (Figure 2). The patient subsequently underwent open cholecystectomy. Gross pathology demonstrated an 11 x 8 x 5 cm exophytic mass distending the GB lumen, along with three additional small exophytic masses and gallstones. Histopathology (Figure 3) showed invasive poorly- differentiated adenosquamous carcinoma, invading the perimuscular connective tissue without serosal involvement (pT2a). Lymphovascular involvement was also noted. The patient recovered well and was discharged home with pain medication and close follow-up with surgical oncology.

Discussion: Compared to the more common adenocarcinoma of the GB, squamous carcinomas have been found to present at a later stage, with neighboring organ involvement and potentially a worse prognosis due to rapid growth. Adenosquamous carcinoma in particular has been shown to present with high grade pathology and aggression, accounting for its poor prognosis despite surgical intervention. 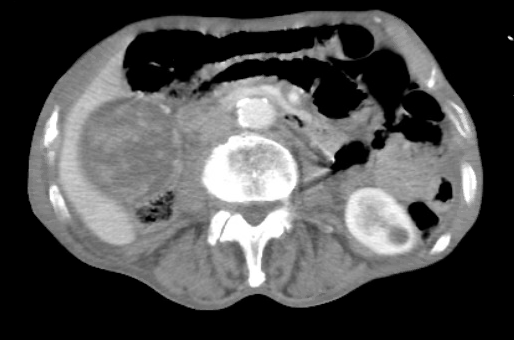 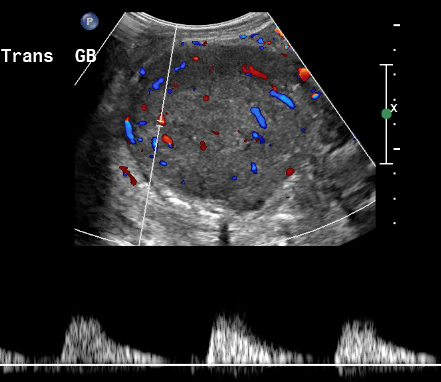 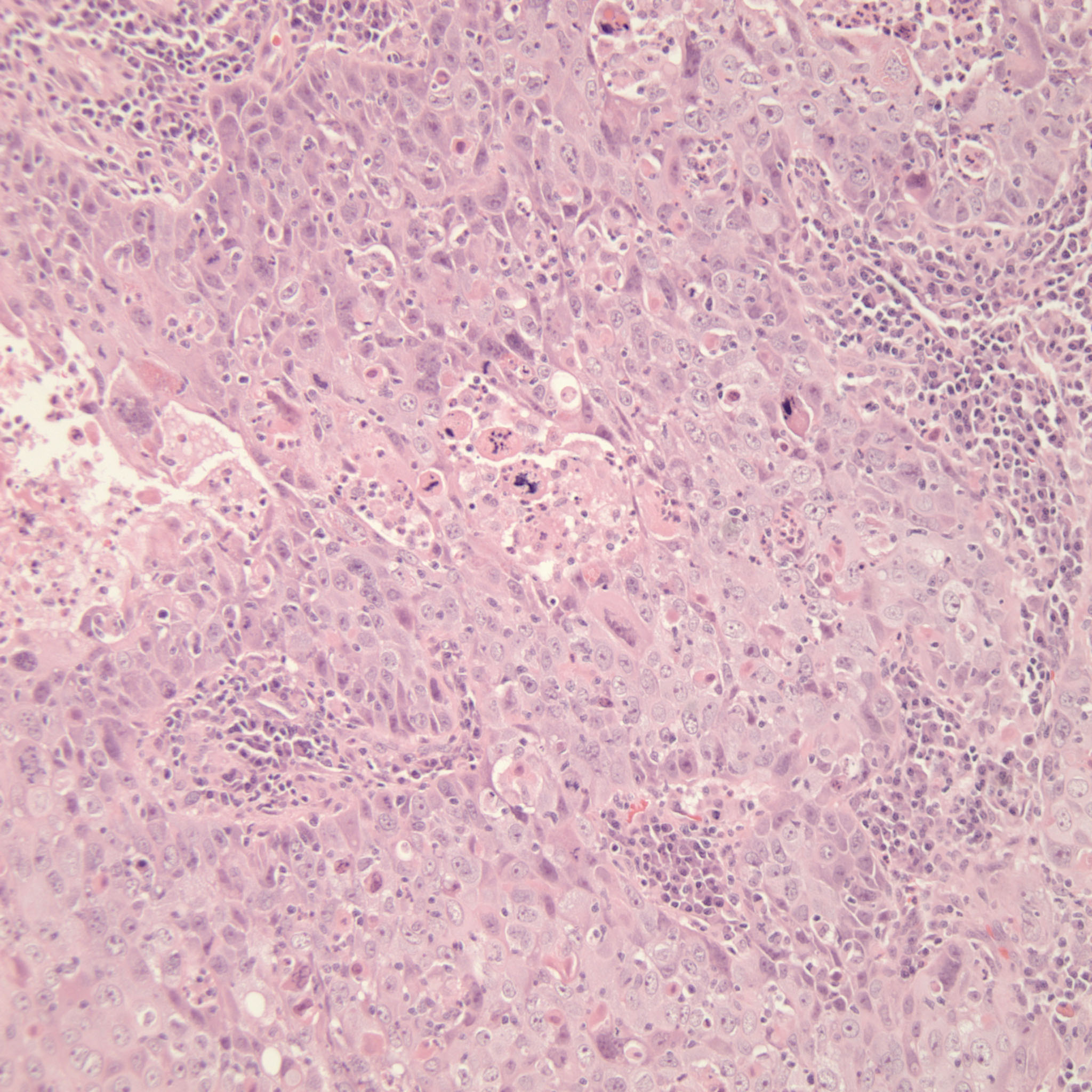 Figure 3: The tumor shows largely squamous cell features. However, the presence of high-grade glandular dysplasia in the lumen, as well as an equivocal immunostaining pattern, are more consistent with adenosquamous carcinoma.