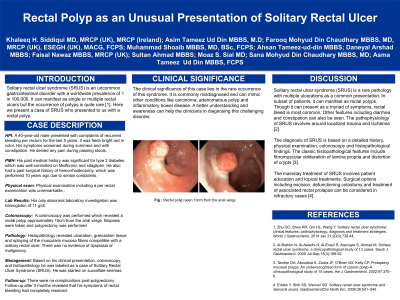 Introduction: Solitary rectal ulcer syndrome (SRUS) is an uncommon gastrointestinal disorder. It can manifest as single or multiple rectal ulcers but the occurrence of polyps is quite rare. Here we present a case of SRUS who presented to us with a rectal polyp.

Methods: A 40-year-old male presented to our clinic with complaints of recurrent bleeding per rectum for the last 5 years. His past medical history was significant for type 2 diabetes which was well-controlled on metformin and sitagliptin. He also had a past surgical history of hemorrhoidectomy which was performed 10 years ago due to similar complaints. Now for the last five years, he had recurrent rectal bleeding. It was fresh bright red in color, sometimes with stools and sometimes separately just before passing stools. His symptoms worsened during summers and when he had constipation. He denied any pain during passing stools. He attributed these symptoms to a recurrence of his hemorrhoids. However, when his symptoms did not subside and a proctoscopy did not reveal any hemorrhoids, he was referred to our clinic for further evaluation. His physical examination was normal. A per rectal exam did not reveal any masses. His anal tone was normal and the finger was not blood-tinged. His only abnormal laboratory investigation was hemoglobin of 11 g/dl. A colonoscopy was performed which revealed a rectal polyp (Figure 1) approximately 10cm from the anal verge. Biopsies were taken. Polypectomy was performed. Histopathology revealed ulceration, granulation tissue and splaying of the muscularis mucosa fibers compatible with a solitary rectal ulcer. There was no evidence of dysplasia or malignancy. Based on his clinical presentation, colonoscopy, and histopathology he was labeled as a case of Solitary Rectal Ulcer Syndrome (SRUS). He was started on sucralfate enemas. There were no complications post-polypectomy. Follow-up after 3 months revealed that his symptoms of rectal bleeding had completely resolved.

Discussion: SRUS is a chronic rare disorder and usually presents with rectal bleeding. Multiple mechanisms involving mucosal prolapse leading to ischemia and localized mucosal injury are implicated in this syndrome. A definite diagnosis is made on colonoscopy and biopsy. Treatment includes lifestyle changes, topical medications and surgery for refractory cases. 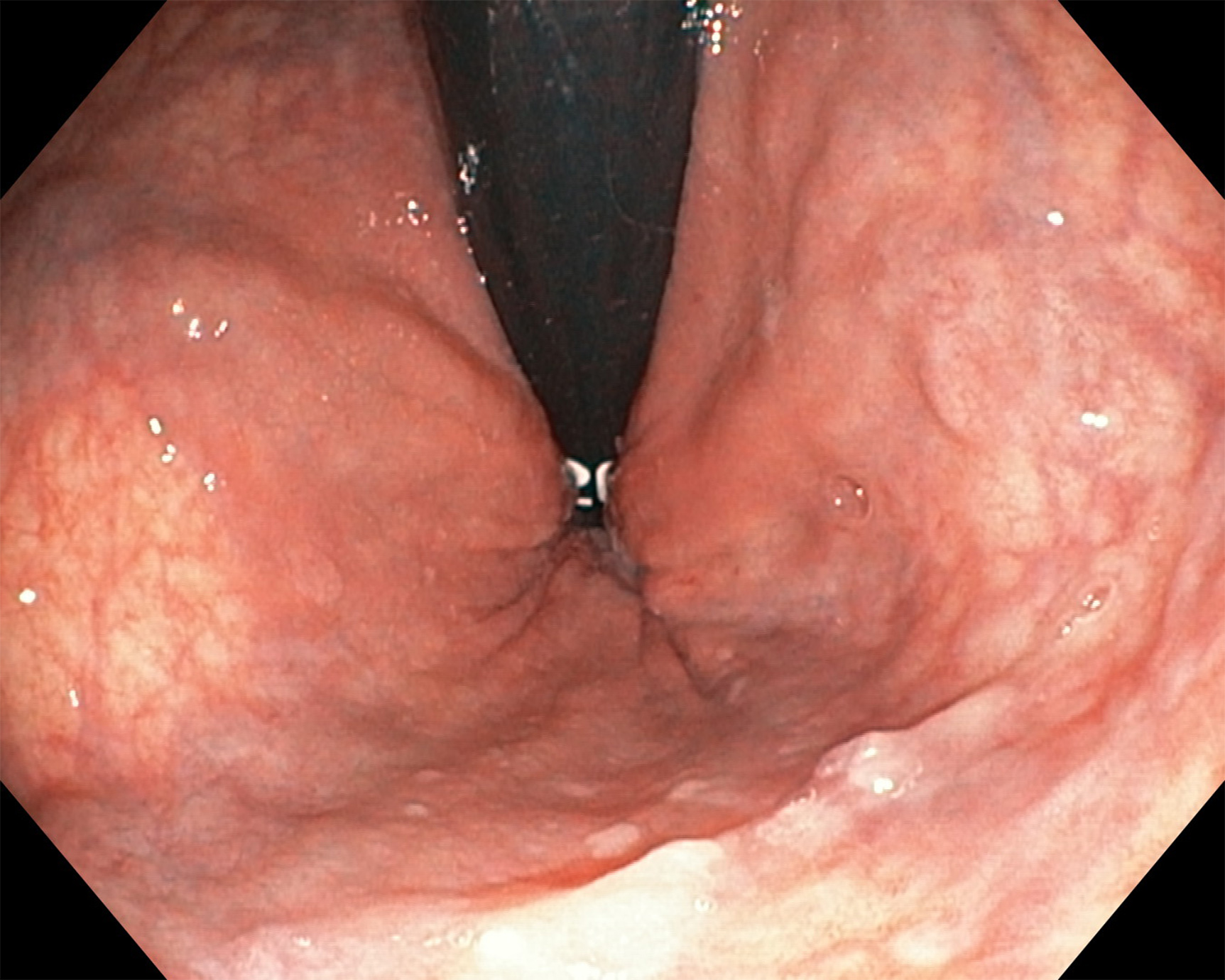 Figure 2: Retro-flexed view does not show any hemorrhoids.