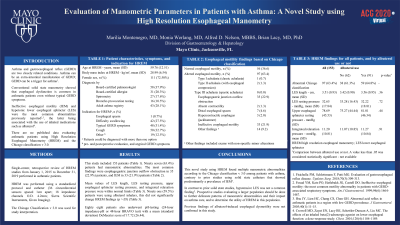 Introduction: Asthma and gastroesophageal reflux (GERD) are two closely related conditions. Asthma can be an extra-intestinal manifestation of GERD; GERD can be a trigger for asthma. Conventional solid state manometry showed that esophageal dysfunction is common in asthmatic patients even without typical GERD symptoms. Ineffective esophageal motility (IEM) and hypotonic lower esophageal sphincter (LES) were the most common abnormalities previously reported, the latter being associated with the use of inhaled medications such as albuterol. There are no published data evaluating asthmatic patients using High Resolution Esophageal Manometry (HREM) and the v.3 Chicago classification.

Discussion: This novel study using HREM found multiple manometric abnormalities according to the v.3 Chicago classification among patients with asthma, contrary to prior studies using solid state catheters that showed predominantly a prevalence of IEM. In contrast to prior solid state studies, hypotensive LES was not a common finding. Prospective studies evaluating a larger population should be done to further delineate patterns of manometric abnormalities and their impact on asthma care, and to determine the utility of HREM in this population. Previous findings of albuterol-induced esophageal dysmotility were not confirmed in this study. 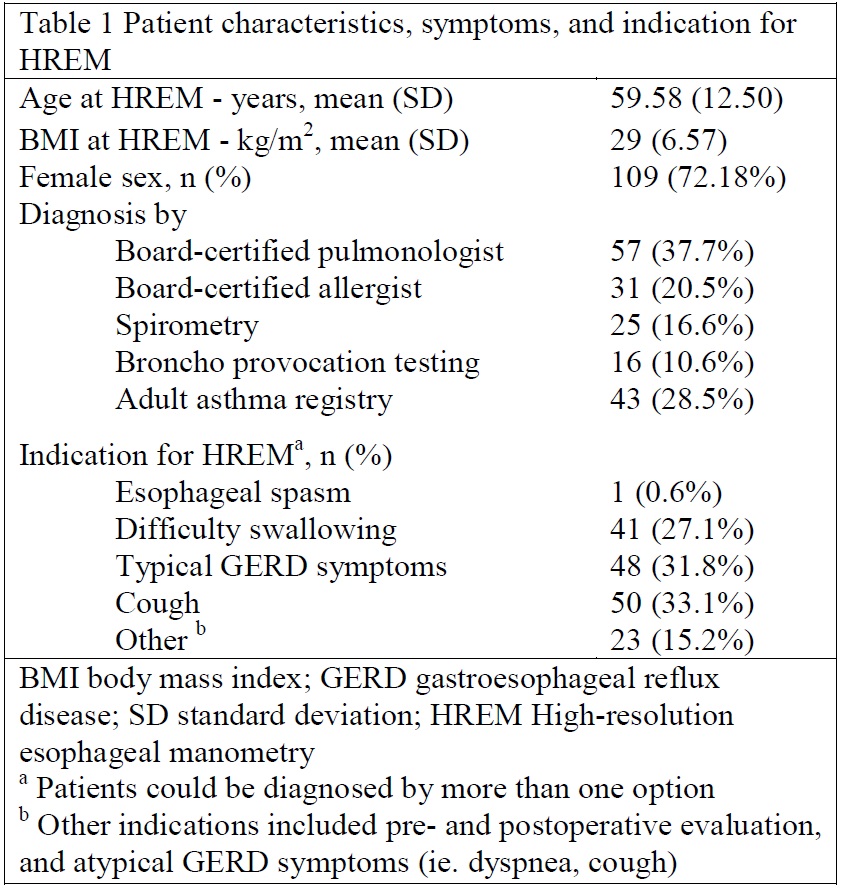 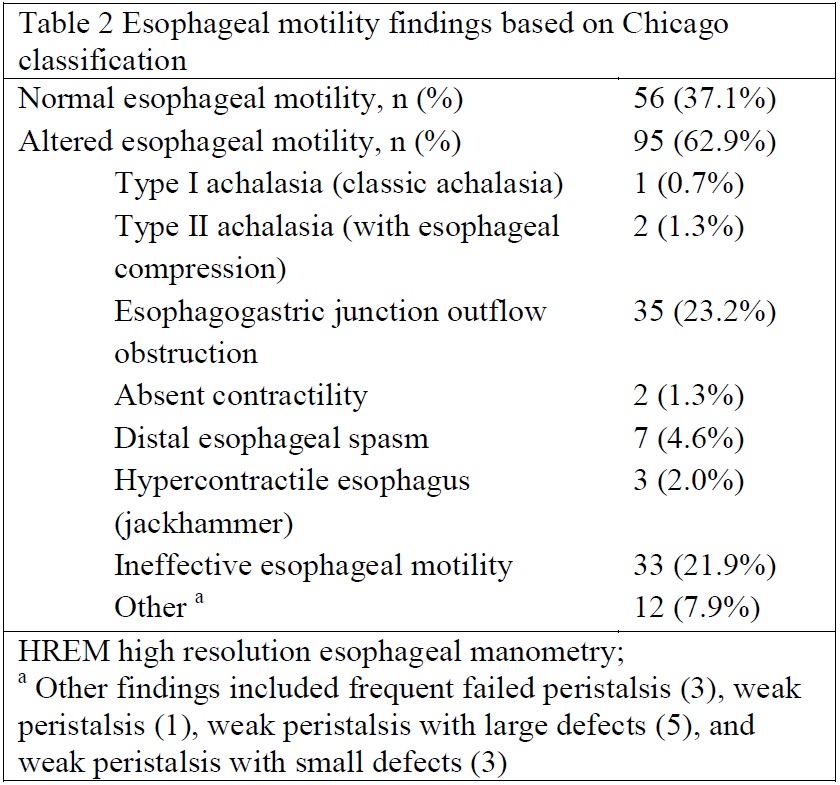