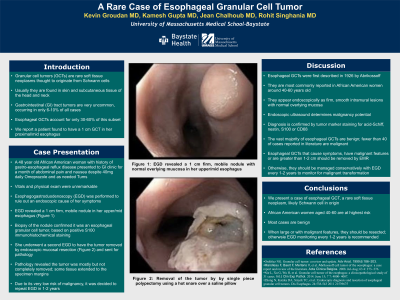 Introduction: Granular cell tumors (GCTs) are rare soft tissue neoplasms thought to originate from Schwann cells. Usually they are found in skin and subcutaneous tissue of the head and neck, particularly inside the mouth (70%). Gastrointestinal (GI) tract GCTs are very uncommon, occurring in only 6-10% of all cases. Esophageal GCTs account for only 30-60% of this subset. Given their rarity, esophageal GCTs are not well reported in the literature. We describe a patient who underwent an esophagogastroduodenoscopy (EGD) for abdominal pain and nausea and was found to have a 1 cm GCT in her proximal/mid esophagus.

Methods: A 48 year old African American female with history of gastro-esophageal reflux disease (GERD) presented to GI clinic for months of abdominal pain associated with nausea despite taking 40mg daily Omeprazole and as needed Calcium Carbonate. She was afebrile and hemodynamically stable. Her abdomen was non-tender to palpation. An EGD was scheduled to rule out endoscopic causes of her symptoms. Her EGD revealed a 1 cm firm, mobile nodule in her upper/mid esophagus. (Figure 1) The rest of the esophagus, stomach, and duodenum were otherwise normal. Biopsy of the nodule revealed esophageal granular cell tumor, confirmed by S100 immunohistochemical staining. The tumor was excised by endoscopic mucosal resection (EMR). (Figure 2) Repeat histology revealed possible incomplete resection of the tumor, as it extended to deep and lateral specimen margins. An endoscopic ultrasound (EUS) expert is currently reviewing the case to determine whether the patient should have an EUS versus a repeat EGD next.

Discussion: Esophageal GCTs were first described in 1926 by Abrikossoff. They are most commonly reported in African American women around 40-60 years of age. Endoscopically they appear as firm, smooth intramural lesions with normal overlying mucosa. EUS determines their malignancy potential by assessing tumor size, location, depth of invasion, and lymph node involvement. Esophageal GCTs often stain positive for periodic acid-Schiff, nestin, S100, and CD68 given their neurologic origin. Although the vast majority of esophageal GCTs are benign, with fewer than 40 (< 2%) malignant cases noted in the literature, malignant cases tend to be aggressive. Esophageal GCTs that cause symptoms, have malignant features, or are greater than 1-2cm in diameter should be removed by EMR or endoscopic submucosal dissection. High suspicion and detailed workup are needed so that providers do not miss this rare entity. 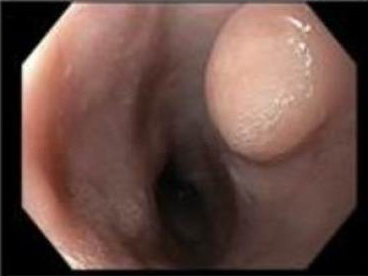 Figure 1. Endoscopic view of a single 1 cm localized, firm, mobile nodule with normal overlying mucosa in the upper/mid esophagus at 25 cm from incisors 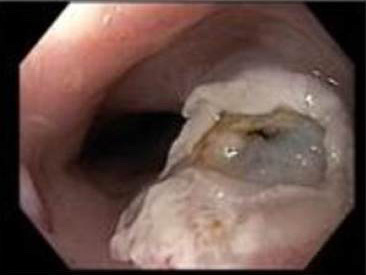 Figure 2. Removal of the nodule by single-piece polypectomy