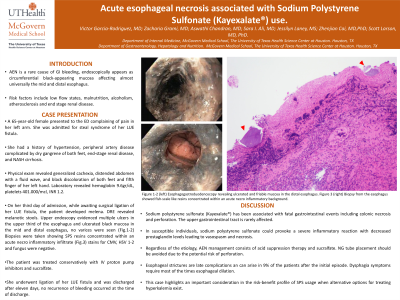 Methods: A 65-year-old female presented to the ED complaining of pain in her left arm. She had a history of hypertension, peripheral artery disease complicated by dry gangrene of both feet, end-stage renal disease on intermittent hemodialysis via LUE fistula, and NASH cirrhosis. Vital signs at presentation were stable. Physical exam revealed generalized cachexia, distended abdomen with a fluid wave, and black discoloration of both feet and fifth finger of her left hand. Laboratory revealed hemoglobin 9.6gr/dL, platelets 401.000/mcl, INR 1.2. Angiogram of her LUE showed radiographic steal of the fistula and severe stenosis of the radial and ulnar arteries. On her third day of admission, while awaiting surgical ligation of her LUE fistula, the patient developed melena. DRE revealed melanotic stools. Vital signs were stable during the episode and she had a drop in her Hgb. Upper endoscopy evidenced multiple ulcers in the upper third of the esophagus and ulcerated black mucosa in the mid and distal esophagus, no varices were seen (Fig.1-2) Biopsies were taken showing SPS resins concentrated within an acute necroinflammatory infiltrate (Fig.3) stains for CMV, HSV 1-2 and fungus were negative. The patient was treated conservatively with IV proton pump inhibitors and sucralfate. She underwent ligation of her LUE fistula and was discharged after eleven days, no recurrence of bleeding occurred at the time of discharge.

Discussion: SPS has been associated with fatal gastrointestinal events including colonic necrosis and perforation. The upper gastrointestinal tract is rarely affected. In susceptible individuals, inoculation with SPS could provoke a severe inflammatory reaction with decreased prostaglandin levels leading to vasospasm and necrosis. Regardless of the etiology, AEN management consists of acid impression therapy and sucralfate. NG tube placement should be avoided. This case highlights an important consideration in the risk-benefit profile of SPS usage when alternative options for treating hyperkalemia exist. 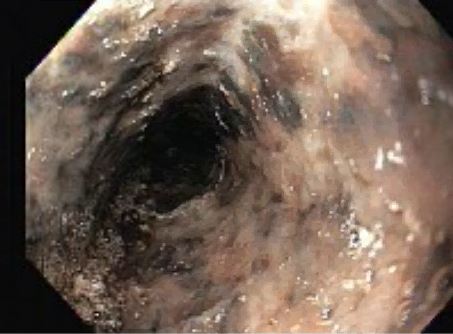 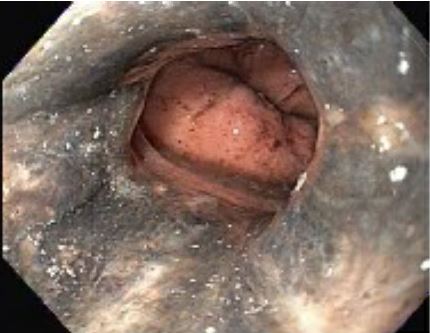 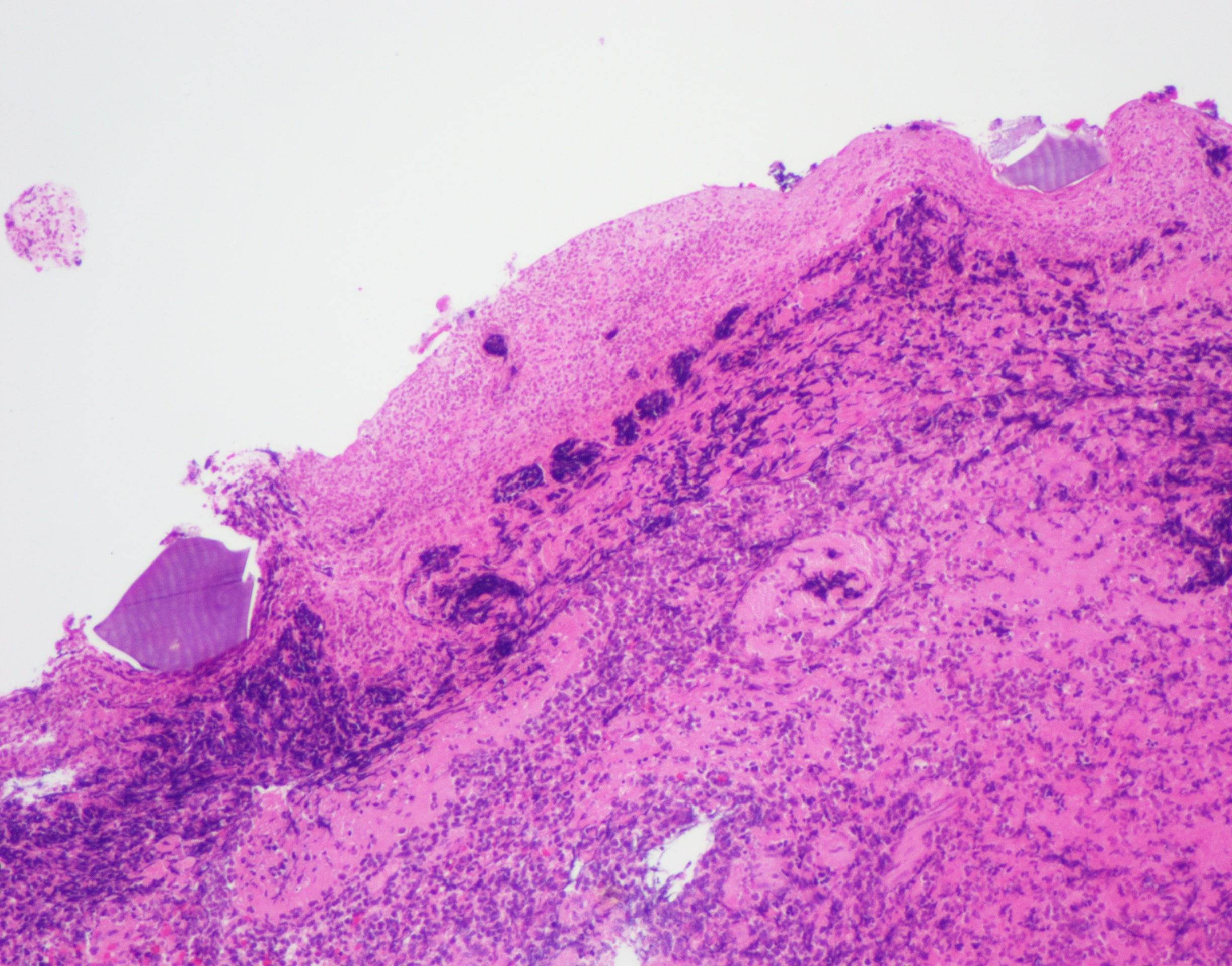