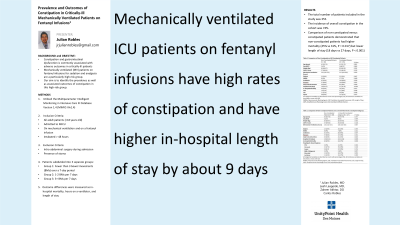 Introduction: Gastrointestinal dysfunction is a common adverse outcome in critically-ill patients. Sedated and mechanically ventilated patients are a particularly high-risk group prone to constipation. This study aimed to identify the incidence and associated outcomes of constipation in this high-risk group.

Results: A total of 355 patients met inclusion criteria. The prevalence of overall constipation (fewer than 3 BMs in 7 days) was 74%. Comparison of in-hospital mortality and LOS in non-constipated patients (G1) versus all constipated patients (G2 & G3) showed a higher mortality (45% vs 31%, P = 0.017) but lower LOS (18 days vs 27 days, P < 0.001) in G3. A similar trend was demonstrated comparing G1 with G2 individually with an in-hospital mortality (45% vs 27%, P = 0.006) and lower LOS (18 days vs 23 days, P = 0.009). Comparing G1 with G3 demonstrated significant differences in LOS (18 days vs 30 days, P < 0.001). We found no differences in time spent under mechanical ventilation between the constipated and non-constipated groups. No significant differences were identified in groups comparisons of age, sex, weight, or choice of prophylactic bowel regimen.

Discussion: A high prevalence of constipation (74%) was identified in mechanically ventilated patients on fentanyl infusions. Furthermore, constipated patients were found to have a statistically significant difference in LOS compared to non-constipated patients. Findings support constipation as a marker for ICU morbidity and may be amplified by future studies on the effect of prophylactic bowel regimens on outcomes, including LOS and in-hospital mortality. 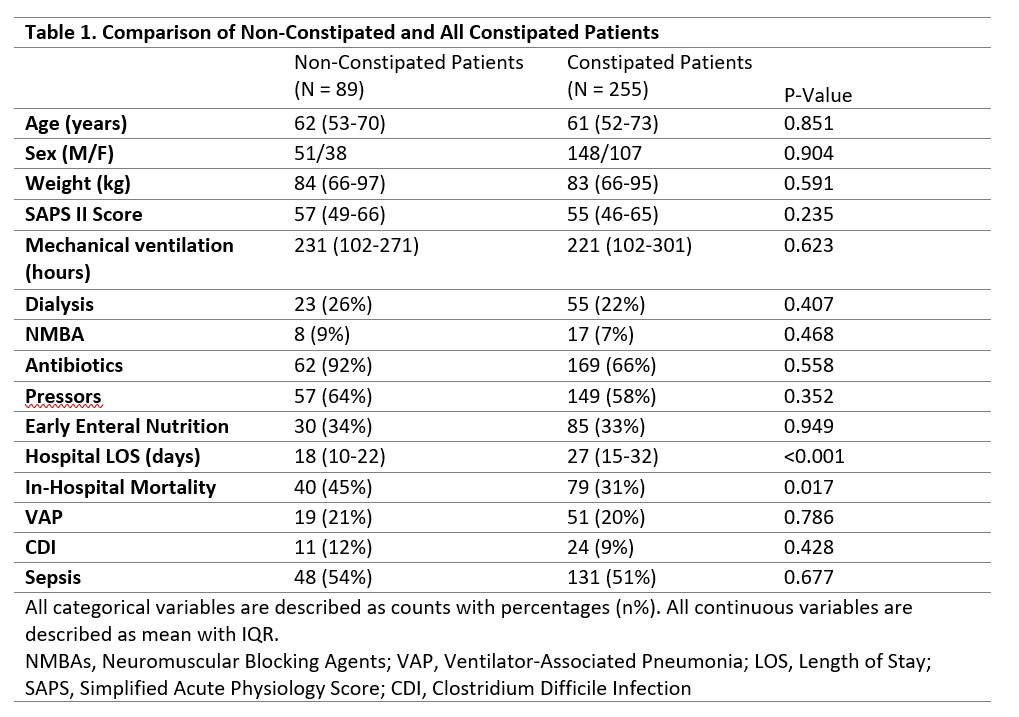 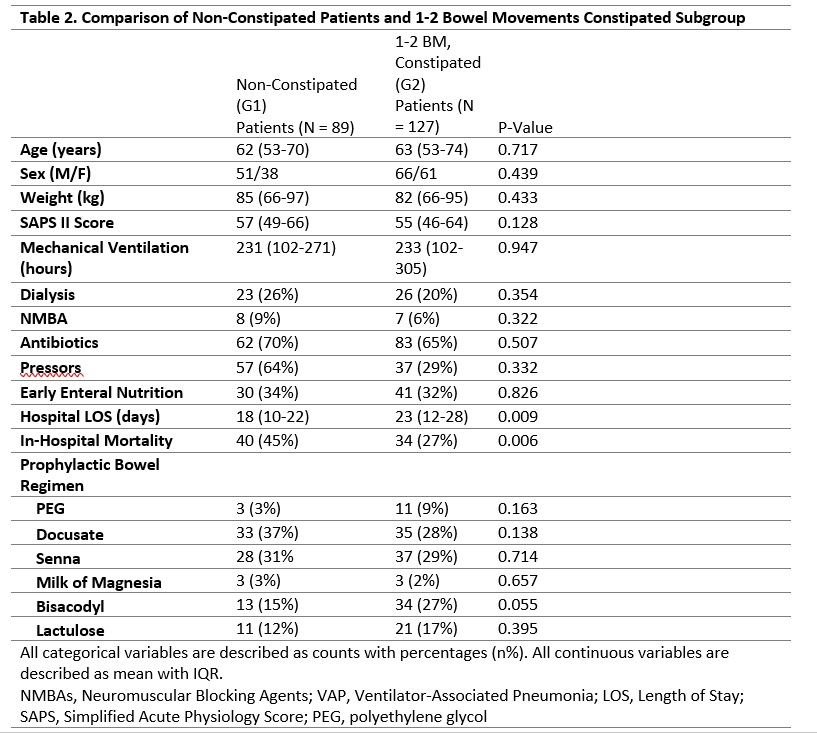