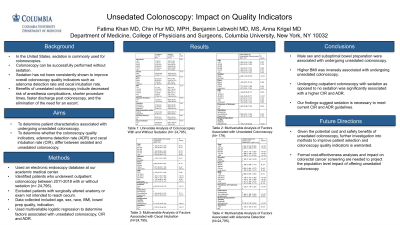 Methods: Using a single-center electronic endoscopy database, we identified patients who underwent outpatient colonoscopy from 2011 through 2018 with sedation (conscious sedation or anesthesia assistance) or without. Patients were excluded from analysis if they had surgically altered anatomy or underwent colonoscopy that was not intended to reach the cecum.We used multivariable logistic regression to determine factors associated with unsedated colonoscopy, cecal intubation, and the detection of at least one adenoma. 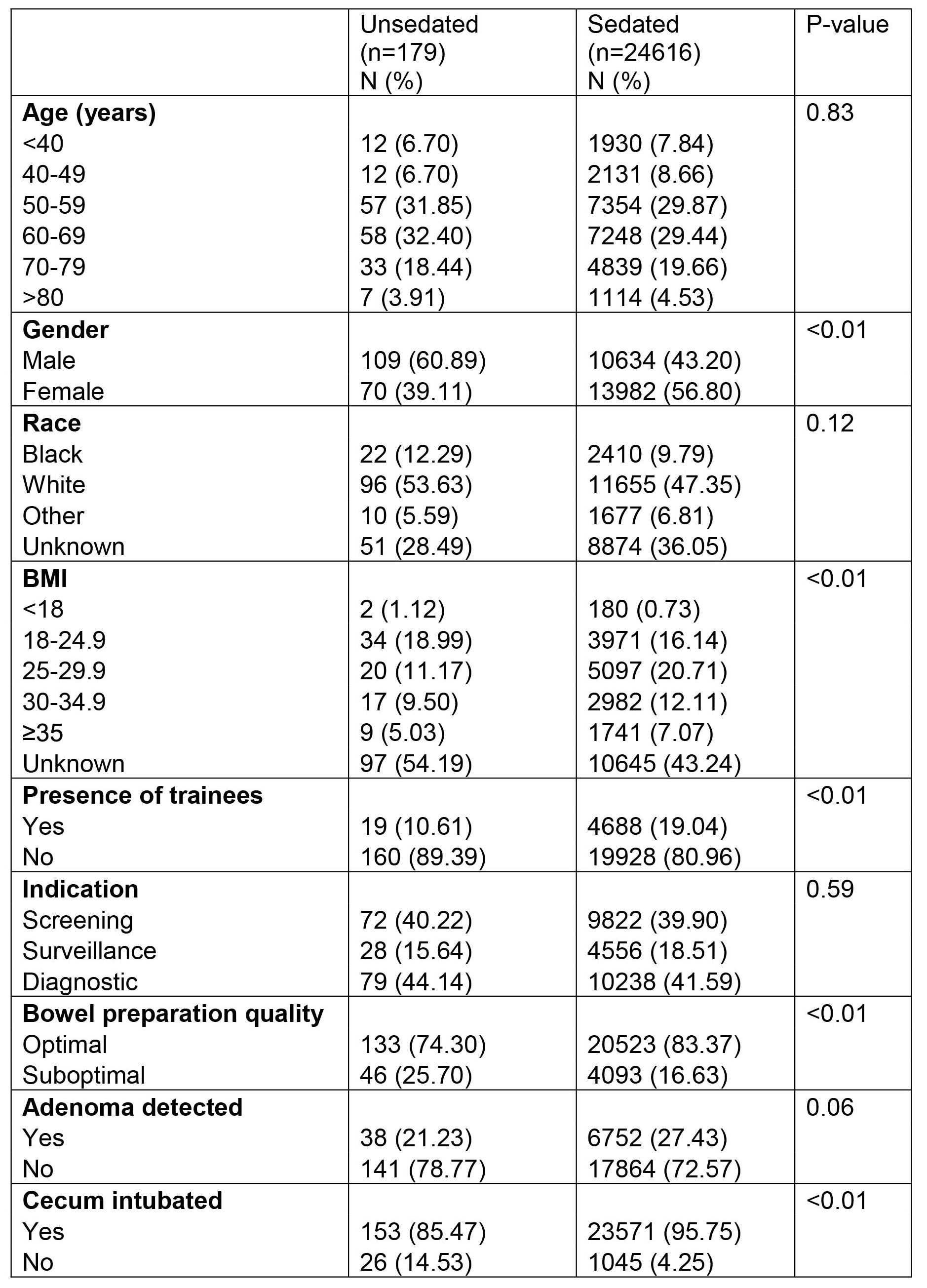 Table 1: Univariate analysis of colonoscopies with and without sedation (n= 24,795). 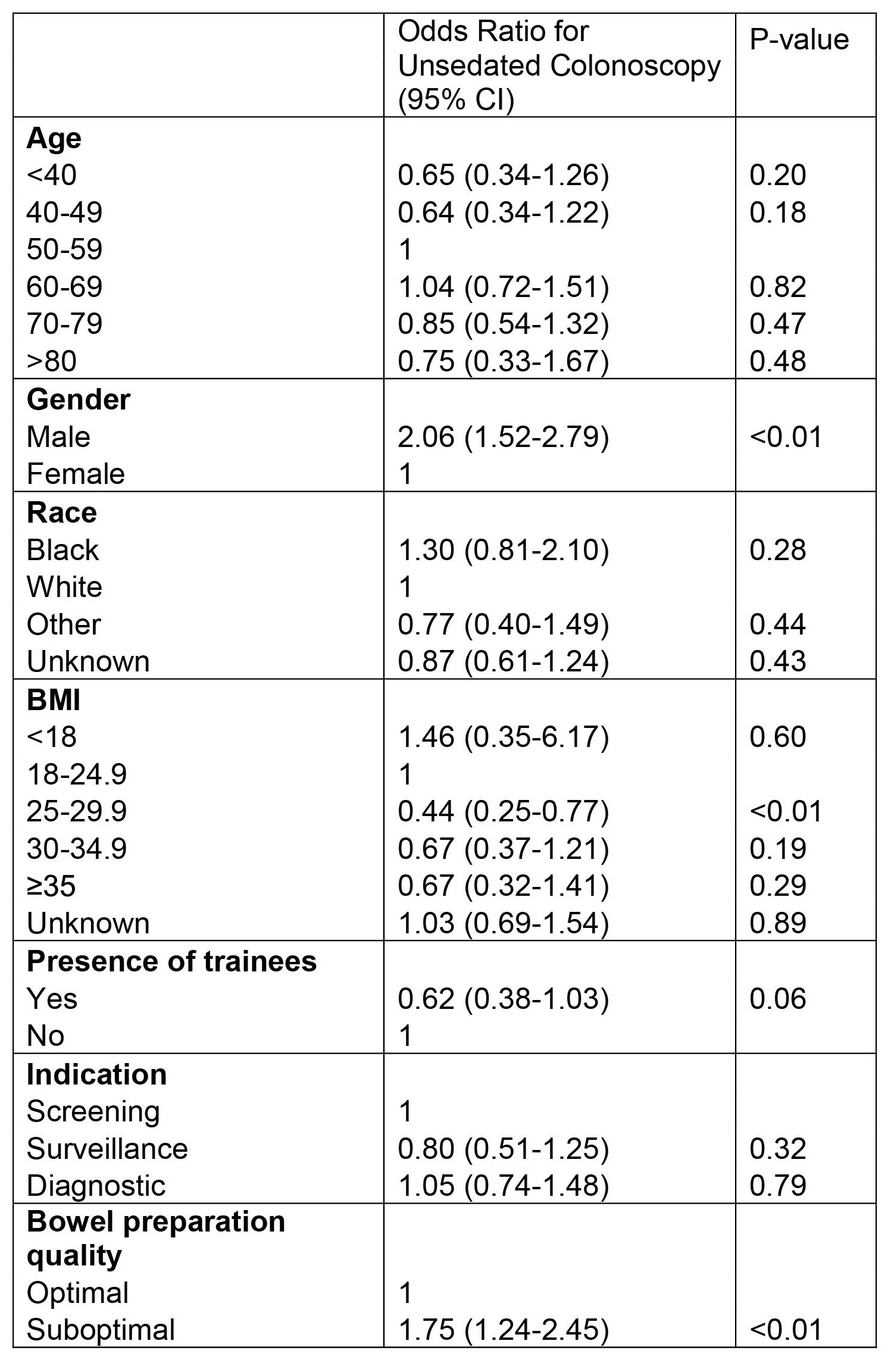