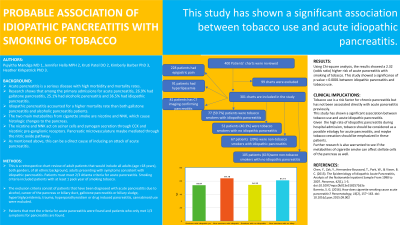 Methods: This study is a retrospective chart review of adult patients that would include all adults (age >18 years), both genders, of all ethnic backgrounds, adults presenting with symptoms consistent with acute pancreatitis. The rate of pancreatitis will be compared among tobacco smokers and non-tobacco smokers. The association between pancreatitis and tobacco use will be tested for significance at p< 0.05 with Chi-square analysis. The magnitude of the risk of use will be calculated using Odds Ratio. 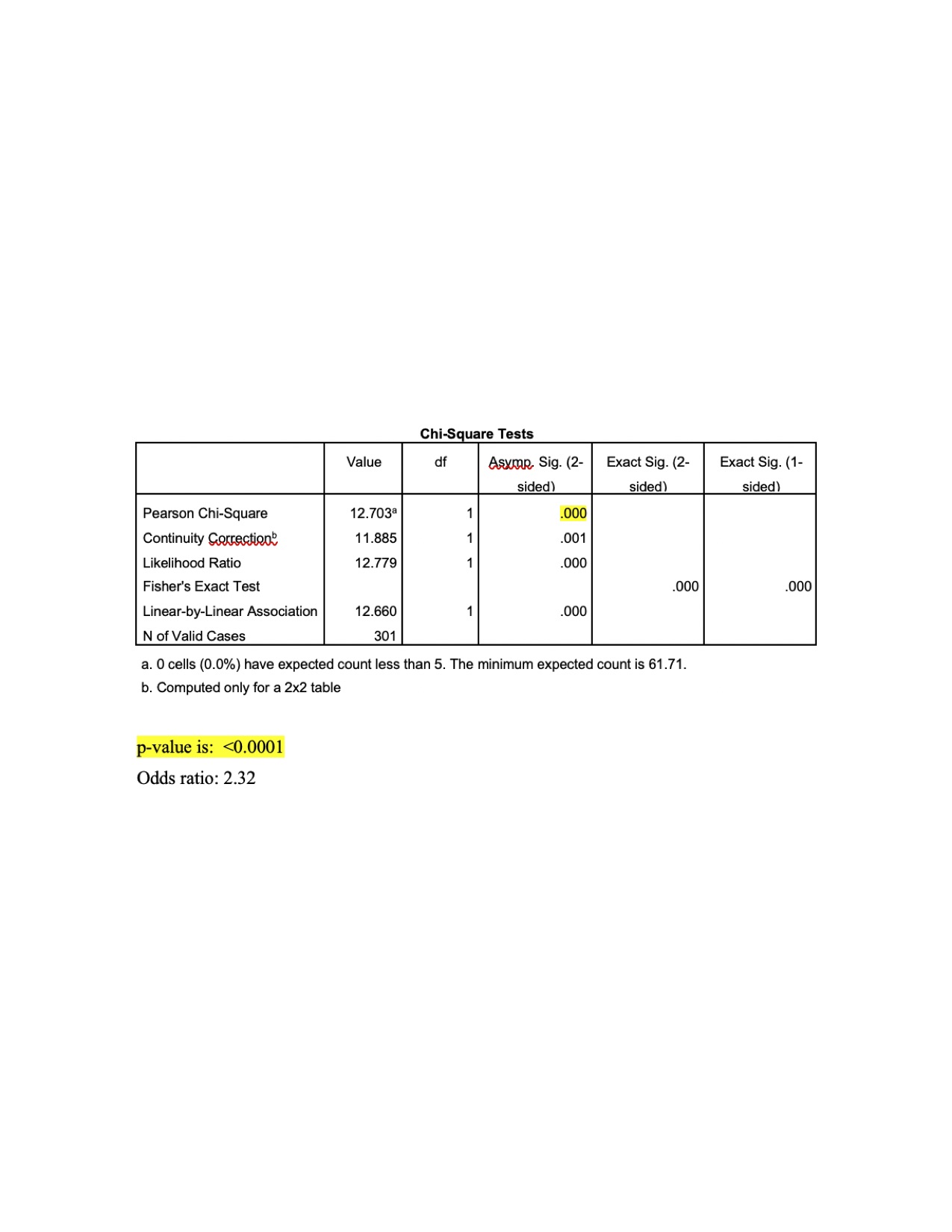