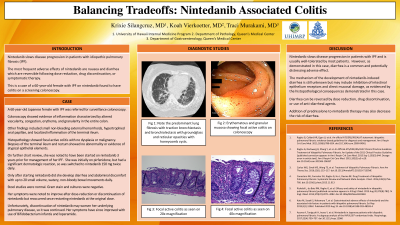 Introduction: Nintedanib slows disease progression in patients with idiopathic pulmonary fibrosis (IPF). The most frequent adverse effects of nintedanib are nausea and diarrhea which are reversible following dose reduction, drug discontinuation, or symptomatic therapy. This is a case of a 60-year-old female with IPF on nintedanib found to have colitis on a screening colonoscopy.

Methods: A 60-year-old Japanese female with IPF and breast carcinoma status post mastectomy was referred for surveillance colonoscopy. Colonoscopy showed evidence of inflammation characterized by altered vascularity, congestion, erythema, and granularity in the entire colon. Other findings included small non-bleeding external hemorrhoids, hypertrophied anal papillae, and localized inflammation of the terminal ileum. Histopathology showed focal active colitis with no dysplasia or malignancy. Biopsies of the terminal ileum and rectum showed no abnormality or evidence of atypical epithelial elements. Stool studies were normal. Gram stain and cultures were negative. On further chart review, she was noted to have been started on nintedanib three years prior for management of her IPF. She was initially on pirfenidone, but had a significant dermatologic reaction, so was switched to nintedanib 150 mg twice daily. Only after starting nintedanib did she develop diarrhea and abdominal discomfort with up to 20 small volume, watery, non-bloody bowel movements daily. She denied nausea, vomiting, melena, or hematochezia. Her symptoms were noted to improve after dose-reduction or discontinuation of nintedanib, but reoccurred once restarting nintedanib at the original dose. Unfortunately, discontinuation of nintedanib may worsen her underlying pulmonary disease, so it was continued. Her symptoms have since improved with use of Bifidobacterium infantis and loperamide.

Discussion: Nintedanib slows disease progression in patients with IPF and is usually well-tolerated by most patients. However, as demonstrated in this case, diarrhea is a common and potentially distressing adverse effect. The mechanism of the development of nintedanib-induced diarrhea is still unknown but may include inhibition of intestinal epithelium receptors and direct mucosal damage, as evidenced by the histopathological findings demonstrated in this case. Diarrhea can be reversed by dose reduction, drug discontinuation, or use of anti-diarrheal agents. Addition of prednisolone to nintedanib therapy may also decrease the risk of diarrhea. 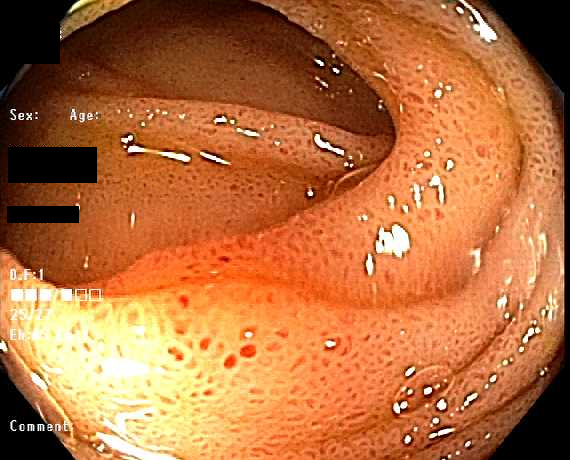 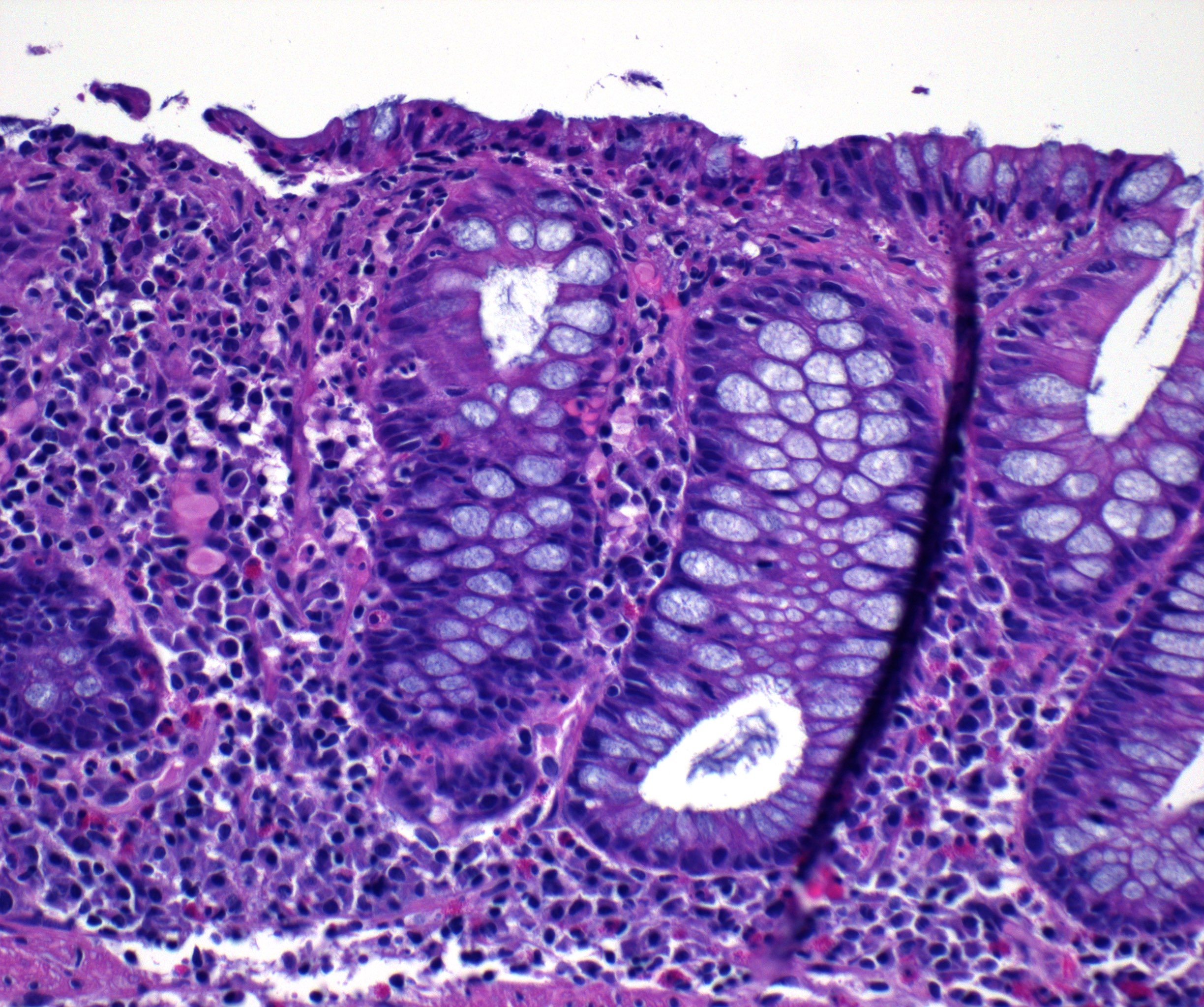 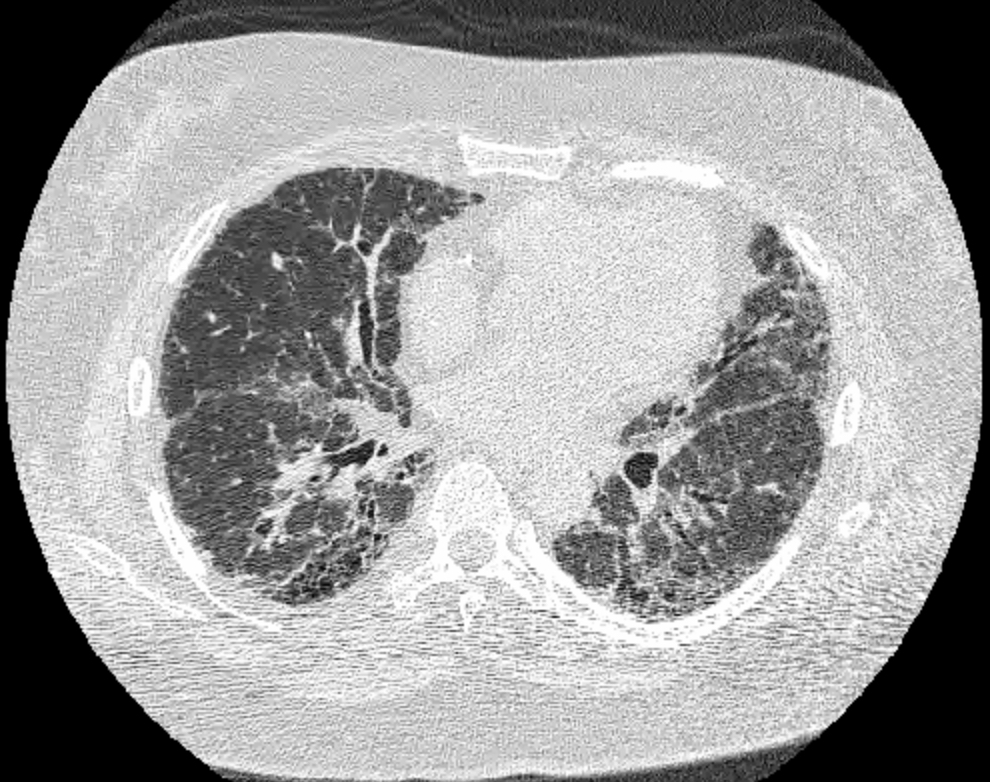 Note the predominant lung fibrosis with traction bronchiectasis and bronchiolectasis with groundglass and reticular opacities with honeycomb cysts.