P1065 (S2014). - The Use of WATS for Post-Ablation Surveillance in a Patient With Long-Segment Barrett’s Esophagus 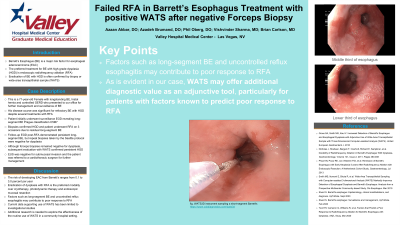 Introduction: Barrett’s Esophagus (BE) is a condition of metaplastic columnar epithelium that has replaced normal stratified squamous epithelium of the distal esophagus. Typically, a consequence of chronic acid reflux, BE is a major risk factor for esophageal adenocarcinoma (EAC). The preferred treatment for BE with high-grade dysplasia (HGD) is endoscopic radiofrequency ablation (RFA). Eradication of BE with HGD is often confirmed by biopsy or wide-area transepithelial sample (WATS). This case describes a patient with refractory BE with HGD after several treatments with RFA. Although biopsies remained negative for dysplasia, evaluation with WATS confirmed HGD.

Methods: A 71 yo female with longstanding BE, hiatal hernia and controlled GERD underwent surveillance EGD revealing long-segment BE Prague classification C5M7. Biopsies confirmed HGD. She underwent RFA on 3 occasions due to residual long-segment BE. Although follow-up EGD demonstrated persistent long-segment BE, repeat 4-quadrant biopsies every 1 cm from the Z line were negative for dysplasia. Subsequent evaluation with WATS, however, confirmed the presence of HGD. EUS was negative for submucosal invasion and the patient was referred to a cardiothoracic surgeon for further management.

Discussion: The risk of developing EAC from Barrett’s ranges from 0.1 to 3.0 percent per year. Treatment of precancerous lesions including low-grade dysplasia, HGD, or intramucosal carcinoma can be done endoscopically. After treating acid reflux with PPI therapy, eradication of dysplasia with RFA is the preferred modality over cryotherapy, photodynamic therapy and endoscopic mucosal resection. In several studies, RFA is estimated to have a 90% success rate in eradicating dysplasia at 5 years. Factors such as long-segment BE and uncontrolled reflux esophagitis may contribute to poor response to RFA. Currently, biopsies taken by the Seattle protocol are the standard to confirm the presence of dysplasia/metaplasia. Despite requiring confirmation by a second pathologist, this method is subject to sampling error, as it is estimated to cover only 4 to 6% of the affected area. As is evident in our case, WATS may offer additional diagnostic value as an adjunctive tool, particularly for patients with factors known to predict poor response to RFA. Currently, data supporting use of WATS has been limited to investigational studies. Additional research is needed to explore the effectiveness of the routine use of WATS in a community hospital setting. 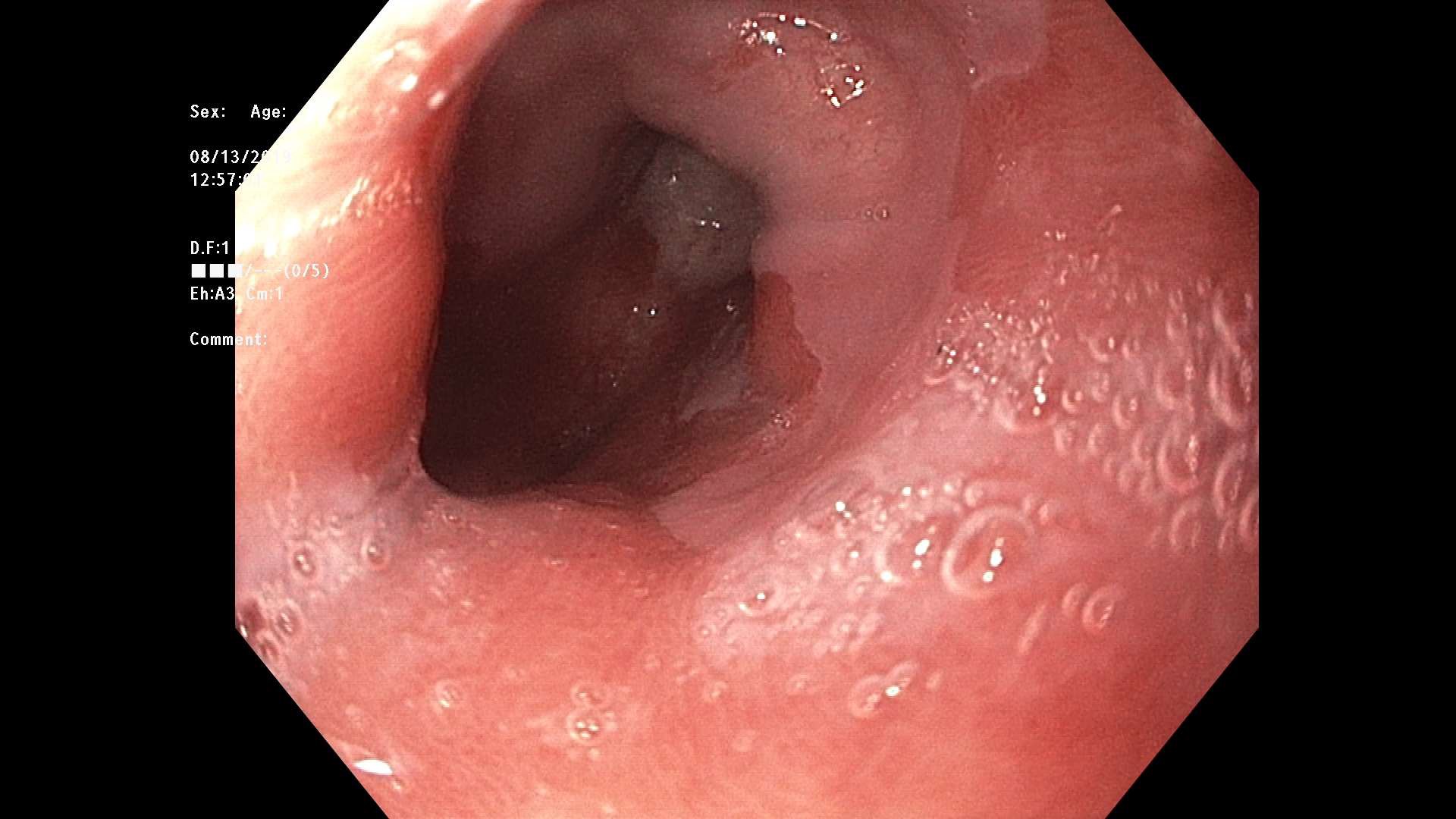