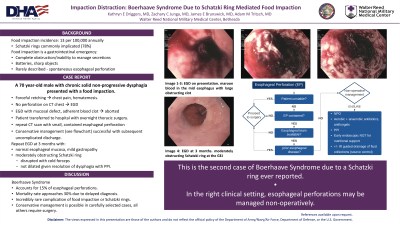 Introduction: While dysphagia is common in adults in the United States (prevalence 1 in 25 adults), and food impaction necessitating esophagogastroduodenoscopy (EGD) is much less common (incidence 13 per 100,000); complete obstruction with inability to manage secretions is a gastrointestinal emergency. Boerhaave syndrome, or spontaneous esophageal perforation due to severe vomiting or straining, is an infrequent complication described in isolated cases. We describe a case of Schatzki ring-induced dysphagia and food impaction with subsequent esophageal perforation secondary to an episode of vomiting. This was successfully managed non-operatively.

Methods: A 70 year-old male with solid non-progressive dysphagia for several years presented with a food impaction from steak. After several hours, a bout of forceful retching led to chest pain and hematemesis. A computed tomography (CT) scan of the chest demonstrated no evidence of perforation so an EGD was undertaken which showed a possible mucosal defect with adherent blood clot. The EGD was aborted and the patient was transferred to a hospital with overnight cardiothoracic surgery. A repeat CT scan demonstrated a small, contained esophageal perforation which was managed conservatively with broad-spectrum antibiotics and a proton pump inhibitor (PPI). The patient did well and was discharged without issue. Three months later, repeat EGD demonstrated normal esophageal mucosa, mild gastric antral gastropathy, and a moderately obstructing Schatzki ring at the gastroesophageal junction. This was partially disrupted with cold forceps but not dilated given lack of dysphagia symptoms after initiation of a PPI.

Discussion: Boerhaave Syndrome is rare, accounting for 15% of esophageal perforations, however it’s mortality rate approaches 30% due to delayed diagnosis. Although mediated by vomiting/straining, it is an incredibly rare complication of food impaction due to a Schatzki ring. Boerhaave Syndrome can be managed conservatively if it is identified early (< 24 hours), there are minimal signs of sepsis, the perforation is contained, and close observation by an expert esophageal team is possible. If not, esophageal ruptures require definitive surgical management. This case illustrates successful conservative management of Boerhaave syndrome in the setting of food impaction due to a Schatzki ring. This is the second case of esophageal rupture due to a Schatzki ring ever reported. 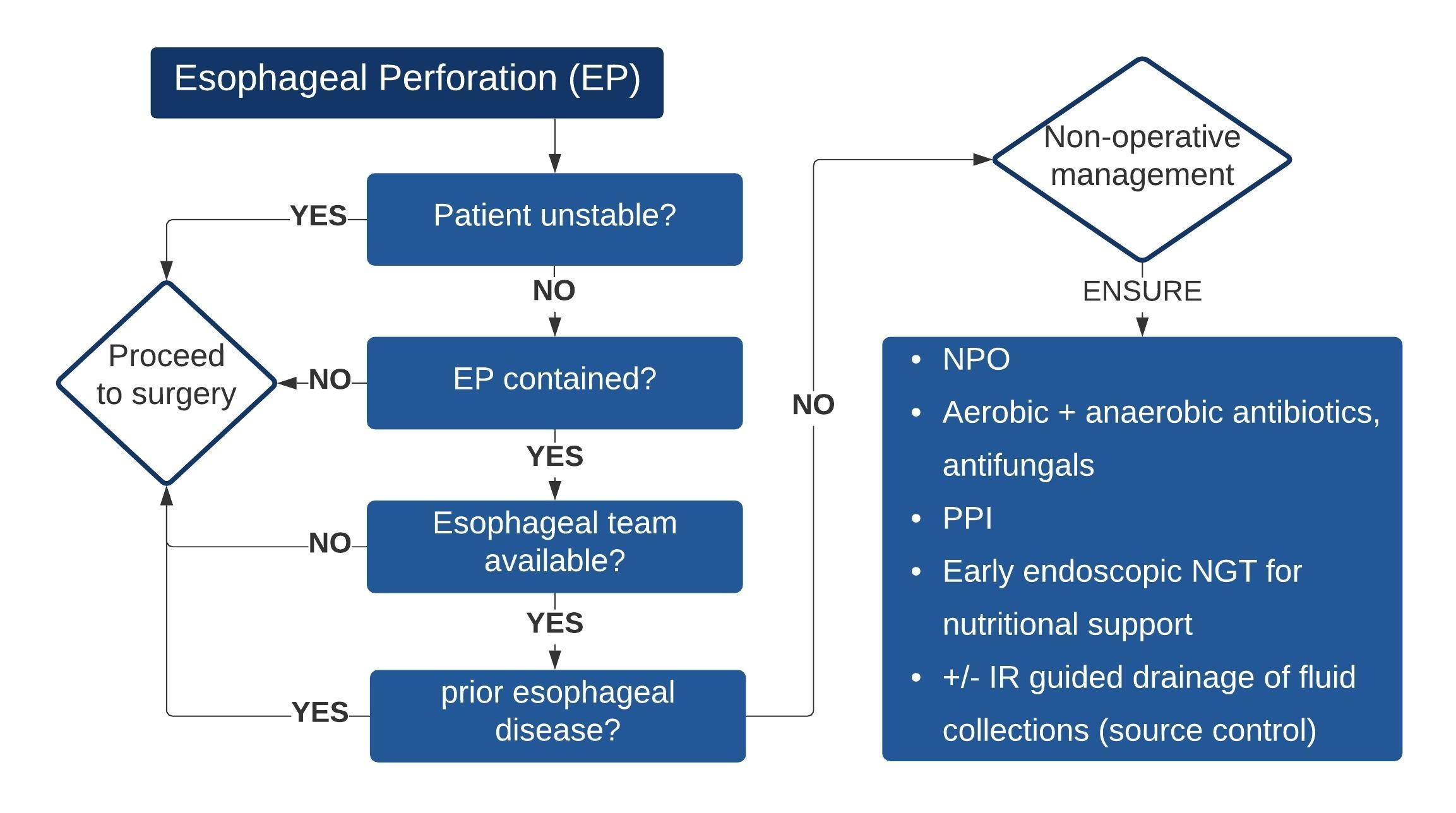 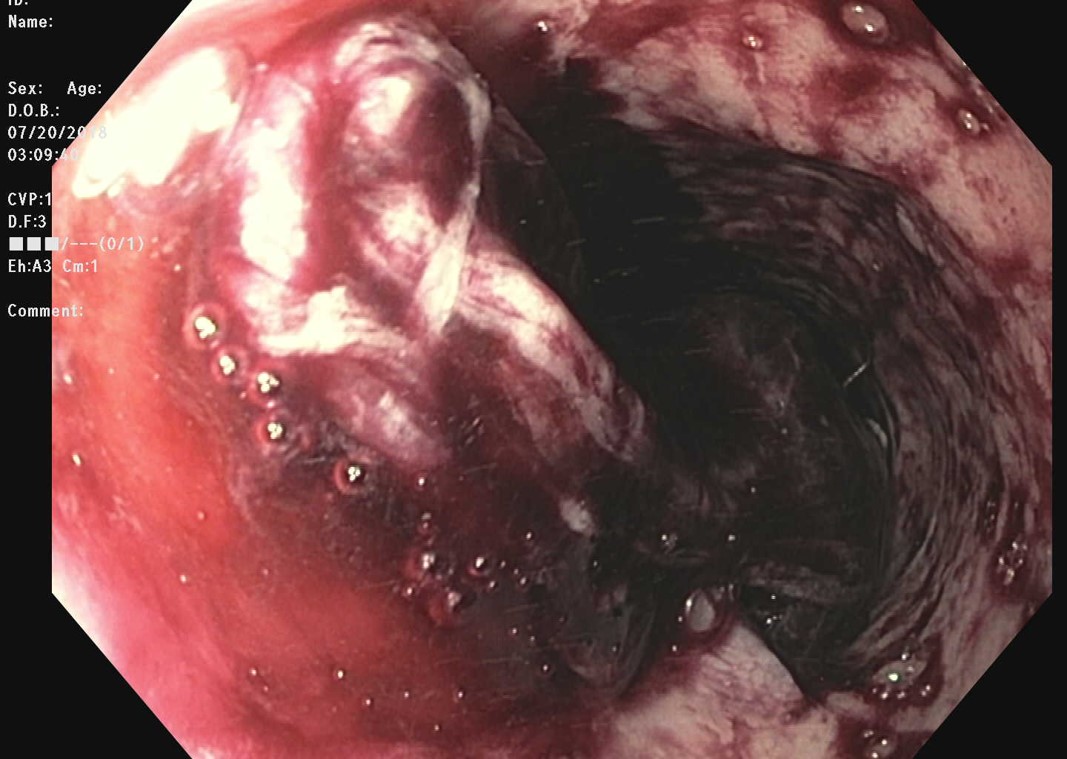 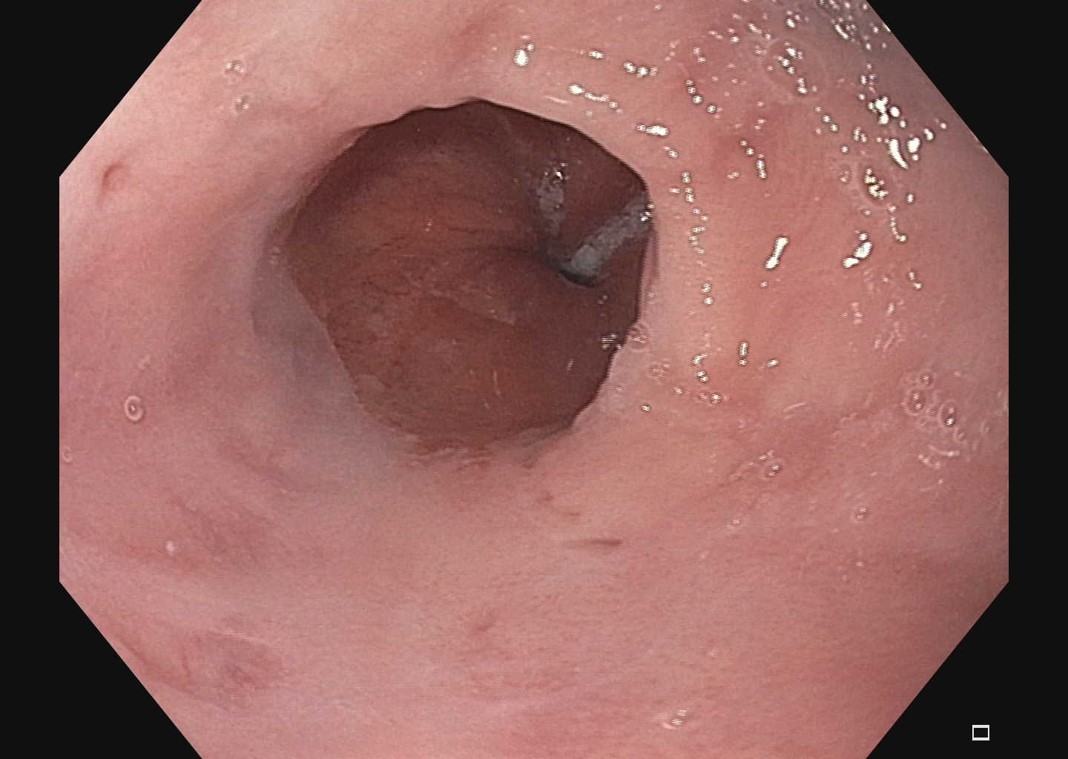