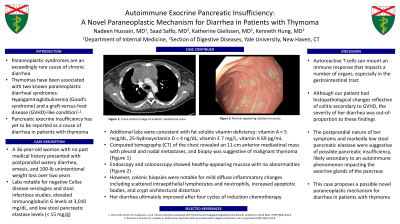 Introduction: Paraneoplastic syndromes are an exceedingly rare cause of chronic diarrhea. Thymomas have been associated with two known paraneoplastic diarrheal syndromes, namely in the context of hypogammaglobulinemia (Good’s syndrome) or a graft-versus-host disease (GVHD)-like condition. However, exocrine pancreatic insufficiency has yet to be reported as a cause of diarrhea in patients with thymoma.

Discussion: GVHD-like colitis in patients with malignant thymoma has been reported in several instances. This has been attributed to alterations in the thymic microenvironment, which lead to dysregulation and loss of anergy. Autoreactive T-cells can mount an immune response that impacts a number of organs, especially in the gastrointestinal tract. Although our patient had histopathological changes reflective of colitis secondary to GVHD, the severity of her diarrhea was out-of-proportion to these findings. The postprandial nature of her symptoms and markedly low stool pancreatic elastase were suggestive of possible pancreatic insufficiency, likely secondary to an autoimmune phenomenon impacting the exocrine glands of the pancreas. This case proposes a possible novel paraneoplastic mechanism for diarrhea in patients with thymoma. 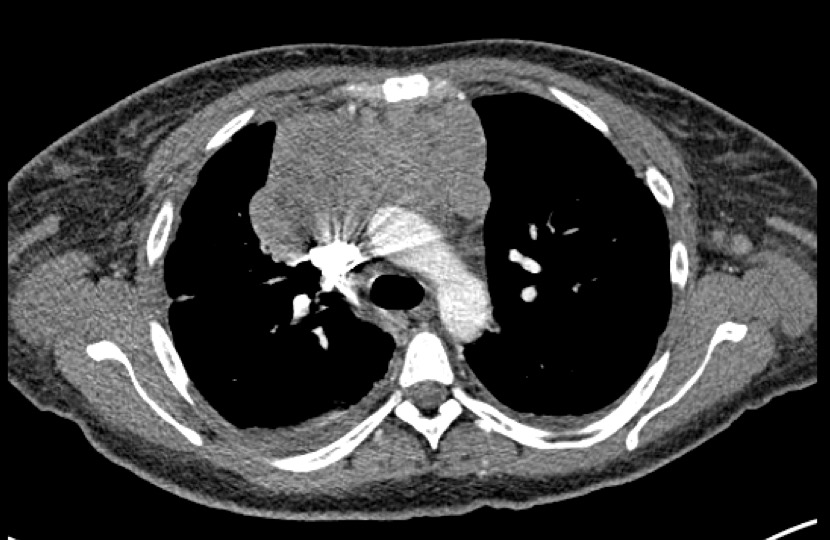 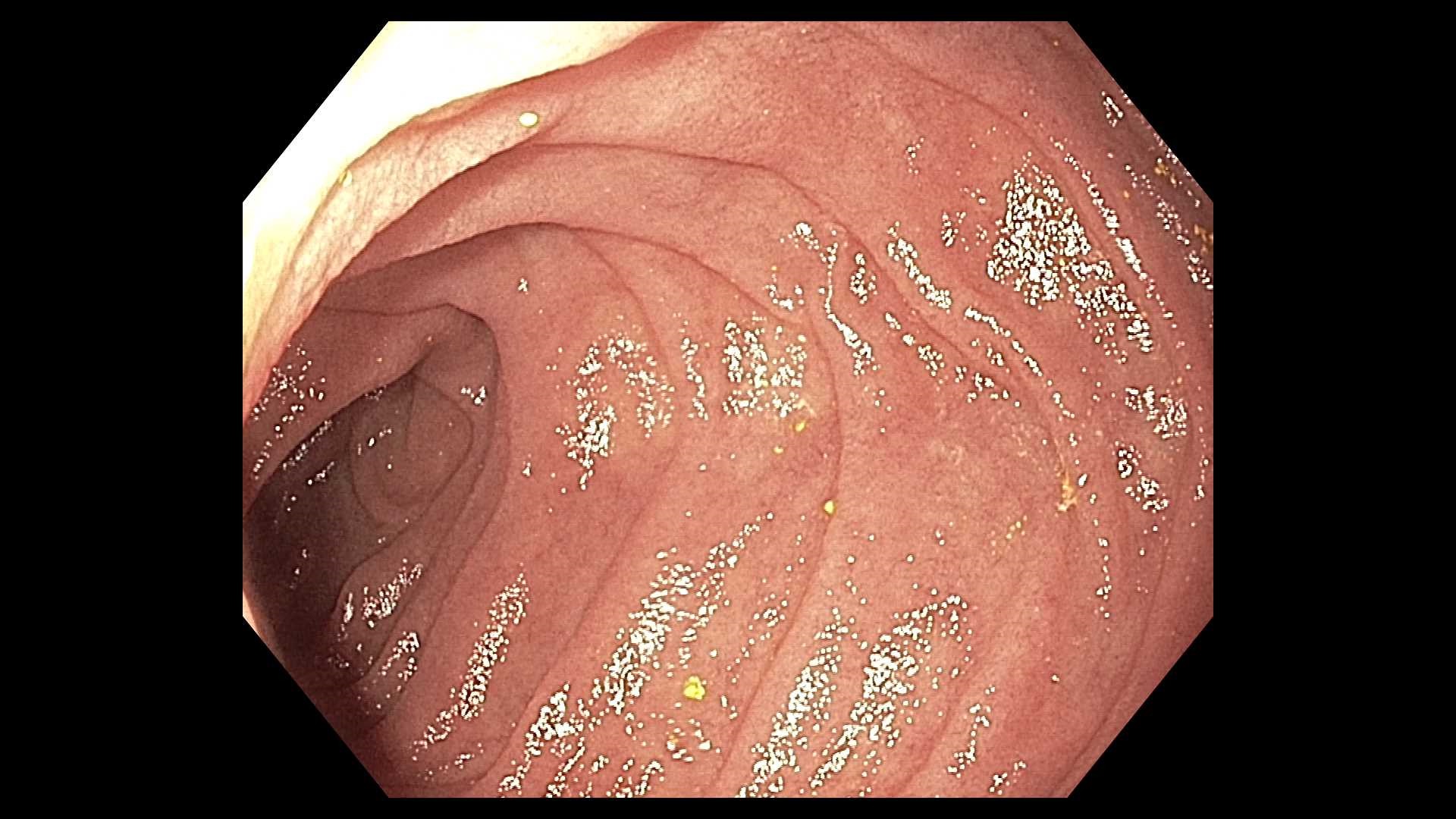