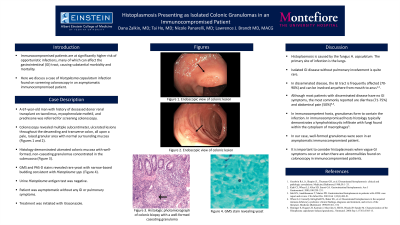 Introduction: Immunocompromised patients are at significantly higher risk of opportunistic infections, many of which can affect the gastrointestinal (GI) tract, causing substantial morbidity and mortality. Here we discuss a case of Histoplasma capsulatum infection found on screening colonoscopy in an asymptomatic immunocompromised patient.

Discussion: Histoplasmosis is caused by the fungus H. capsulatum. It typically is acquired via inhalation of fungal spores; thus, the primary site of infection is the lungs. The GI tract is frequently affected in those with disseminated disease (70-90%) and can involve anywhere from mouth to anus, with most cases involving the ileum. Isolated GI disease without pulmonary involvement so rarely occurs that it is unknown if certain areas are involved more than others. Manifestations of GI infection commonly include diarrhea (71-75%) and abdominal pain (50%), although, interestingly, most patients with disseminated disease have no GI symptoms. Serologic antigens have a high sensitivity for detecting infection, but there are reports of false negative results in patients with localized disease, such as our patient.

In immunocompetent hosts, granulomas form to contain the Histoplasma infection; however, in disseminated histoplasmosis, which is often seen in immunocompromised hosts, well-formed granulomas are an uncommon finding, presumably due to defects in the host immune response. More commonly seen is a lymphohistiocytic infiltrate with fungi found within the cytoplasm of macrophages; biopsies in our case revealed well-formed granulomas with actively budding yeast. In conclusion, it is important to consider histoplasmosis when vague GI symptoms occur or ulcers, nodules or masses are found on colonoscopy in immunocompromised patients. 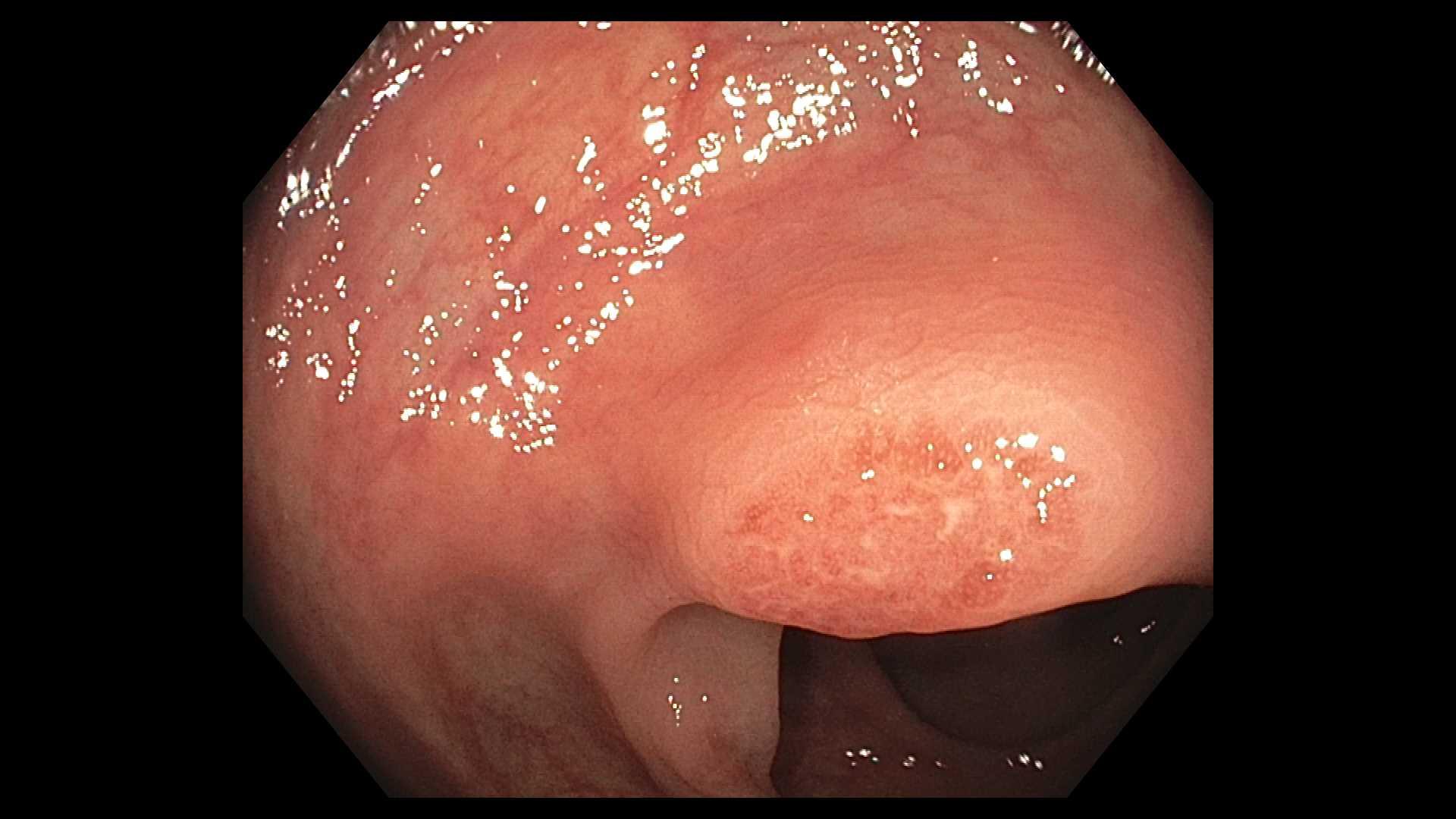 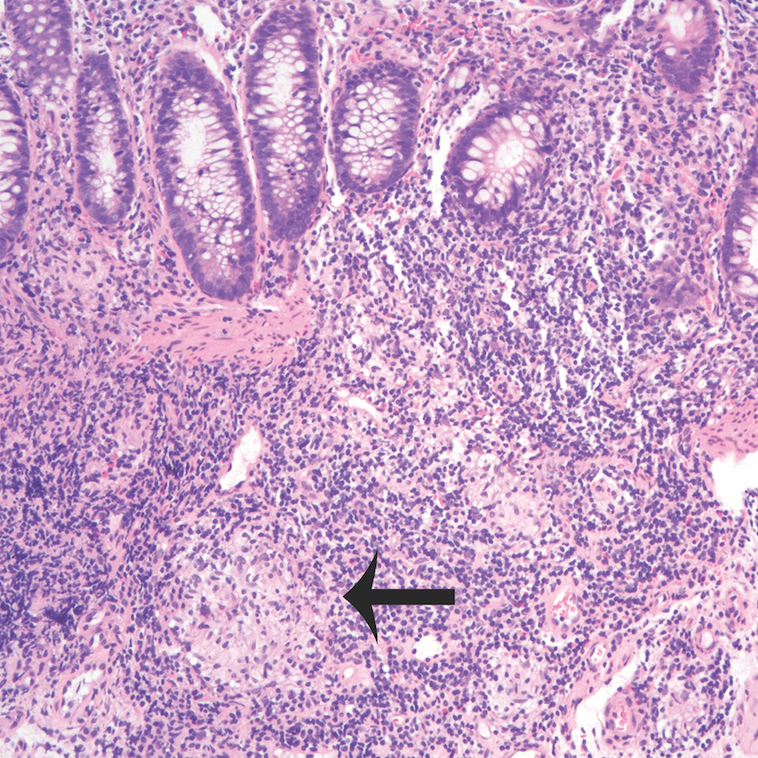 H&E stain demonstrating a Histoplasma organism within a granuloma