Introduction: PEG tubes are often placed for dysphagia following a stroke in order to maintain sufficient caloric intake. There are no studies comparing outcomes based on timing of PEG tube placement. We aimed to assess the safety of early (7 days post stroke) versus late ( >7 days post stroke) PEG tube placement in this population by evaluating post procedure mortality, peri-procedural complications, and post procedural complications.

Methods: We performed a retrospective longitudinal study at two hospitals in Saint Louis, MO between January 2011 to December 2017 of patients who had PEG tube placement for dysphagia following a stroke. Patients were identified by keyword search of upper endoscopy reports and individual reports and patient charts were manually reviewed for data collection. Mortality, peri-procedural complications, and post-procedural complication rates were compared in both groups. Predictors of morbidity and mortality such as protein-calorie malnutrition, having an independent cardiovascular risk equivalent, and presence of SIRS criteria or documented infection were evaluated by multivariate logistic regression.

Results: 154 patients had PEG tube placed for dysphagia following a stroke, 92 in the late group and 62 in the early group. There were 32 observed deaths, however only 8 occurred within 30 days of the procedure. Peri-procedural complications (within 24 hours of the procedure) and post procedural complications (occurring >1 day to 3 months post procedure) were noted to be higher with delayed PEG placement, however the differences were not statistically significant (Table 1A). Hospital length of stay was significantly less in patients with early PEG tube placement (12.9 vs 22.34 days, p< 0.001). Protein calorie malnutrition, presence of SIRS or documented infection prior to procedure, or having a cardiovascular disease risk equivalent did not seem to significantly predict mortality or complications (Table 1B). 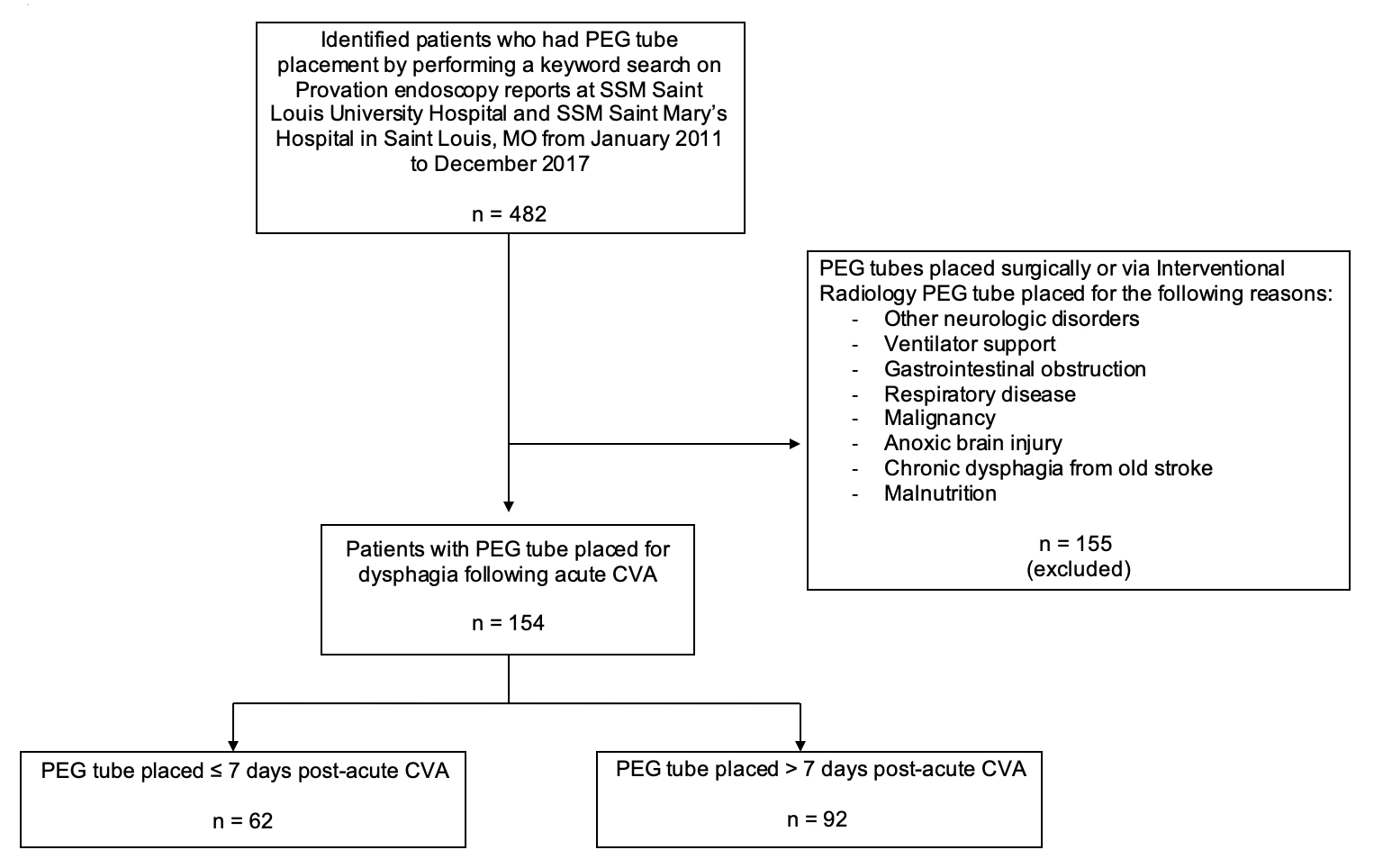 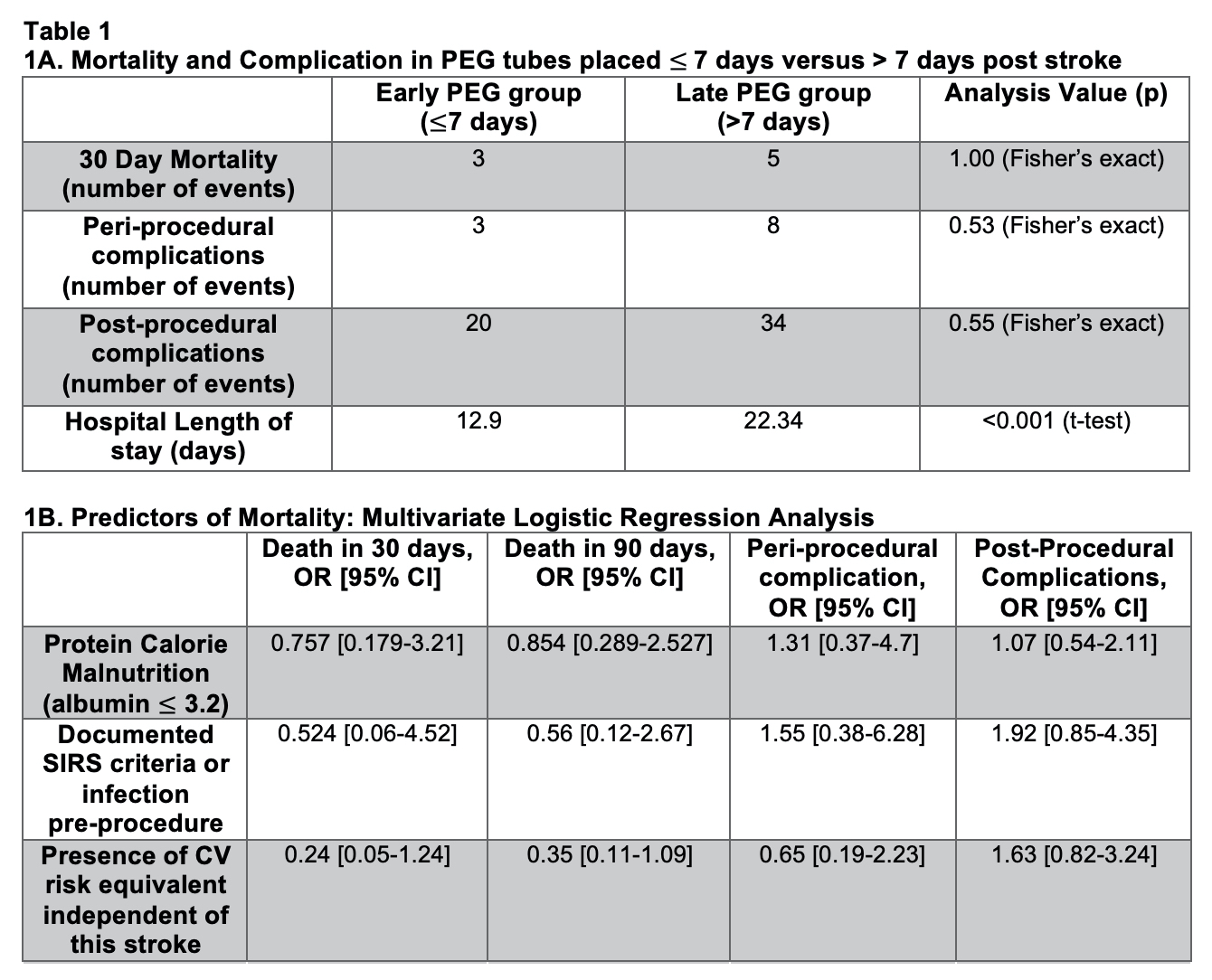 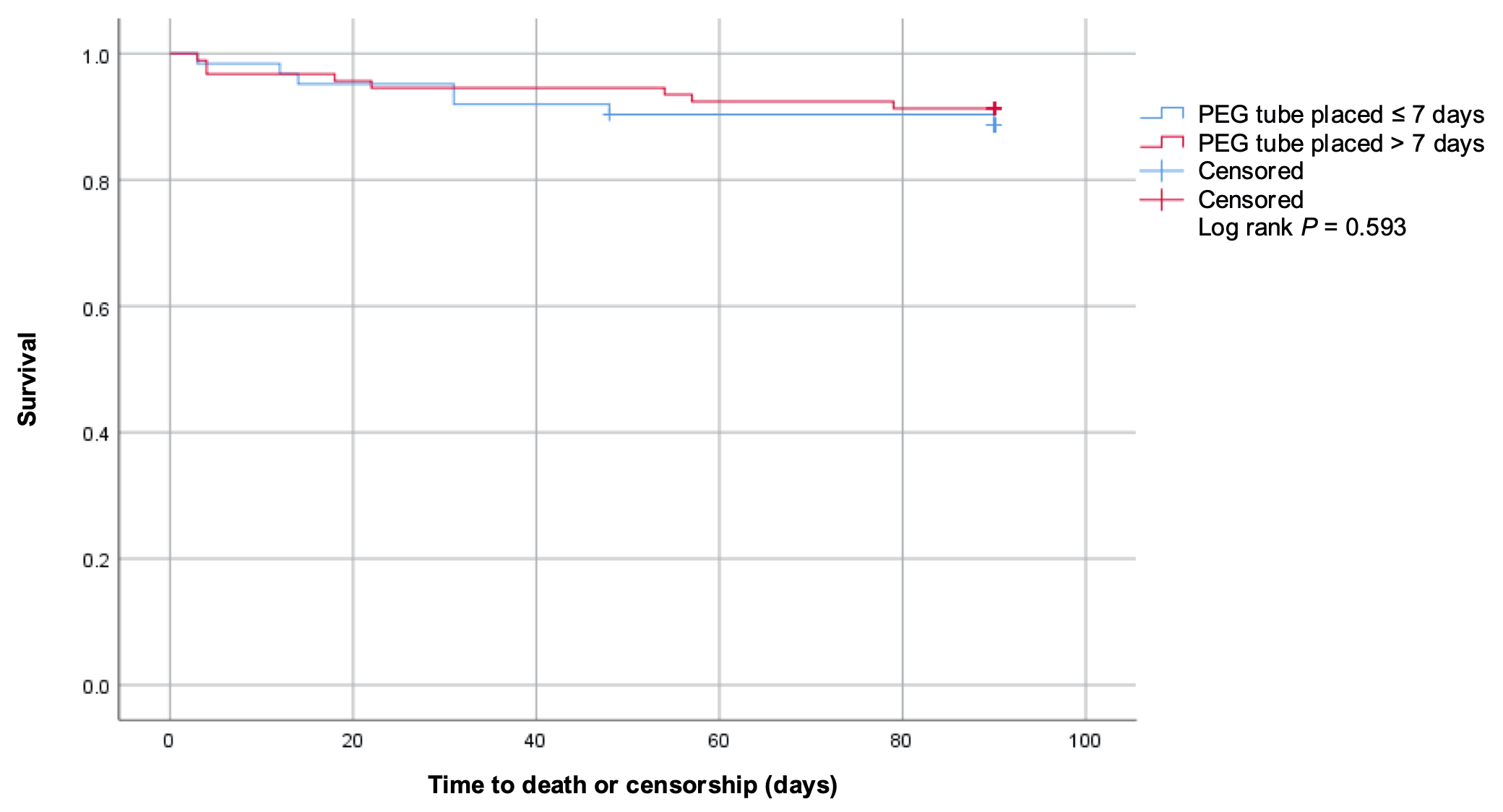 Kaplan Meier Curve: Time to Death within 90 days of follow up in Early vs Late PEG placement Groups