P0843 (S0369). - The Utility of NBI in Patients With Non-Erosive Reflux Disease (NERD): A Systematic Review and Meta-Analysis 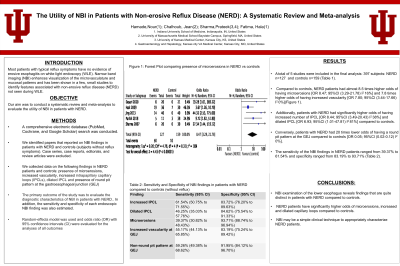 Introduction: Most patients with typical reflux symptoms have no evidence of erosive esophagitis on white light endoscopy (WLE). Narrow band imaging (NBI) enhances visualization of the microvasculature and mucosal patterns and has been shown in a few, small studies to identify features associated with non-erosive reflux disease (NERD) not seen during WLE. Our aim was to conduct a systematic review and meta-analysis to evaluate the utility of NBI in patients with NERD.

Methods: We conducted a search in PubMed, MedLine (OVID), and Google Scholar to identify papers that reported on NBI findings in patients with NERD and controls (subjects without reflux symptoms). Case series, case reports, editorials, and review articles were excluded. We collected data on the following findings in NERD patients and controls: presence of microerosions, increased vascularity, increased intrapapillary capillary loops (IPCLs), dilated IPCL and presence of round pit pattern at the gastroesophageal junction (GEJ). The primary outcome of the study was to evaluate the diagnostic characteristics of NBI in patients with NERD. Random-effects model was used and odds ratio (OR) with 95% confidence intervals (CI) were evaluated for the analyses of all outcomes. In addition, the sensitivity and specificity of each endoscopic NBI finding was also estimated. 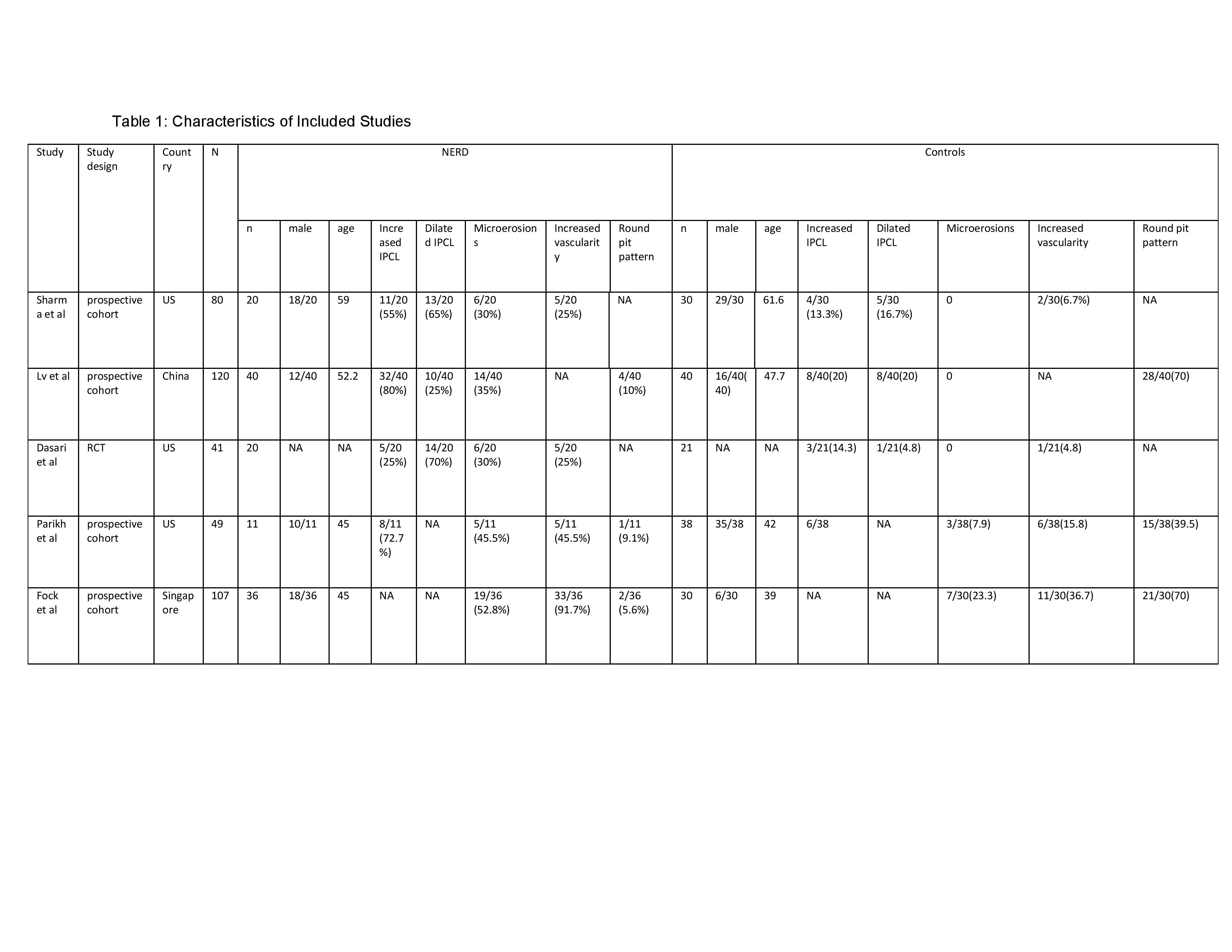 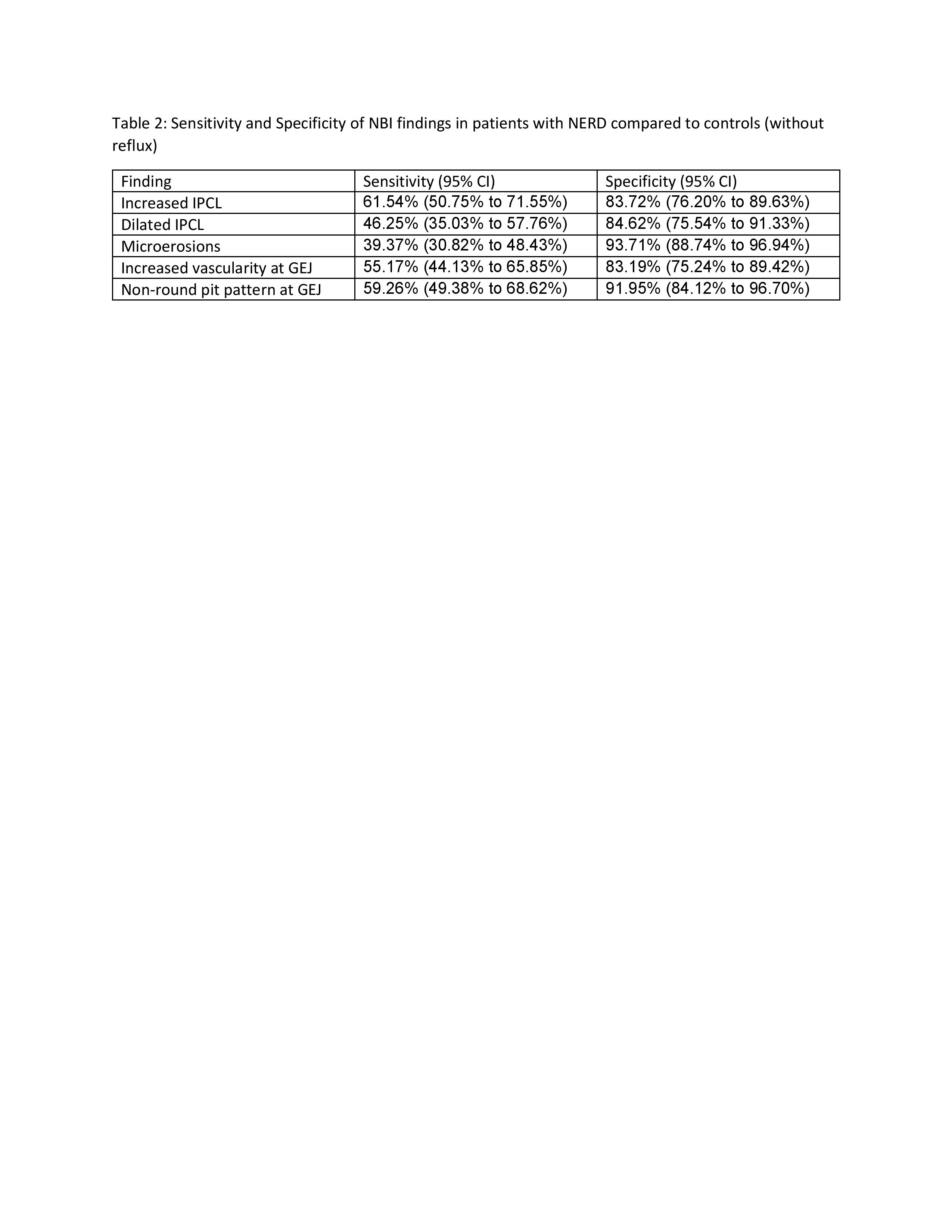 Table 2: Sensitivity and Specificity of NBI findings in patients with NERD compared to controls (without reflux) 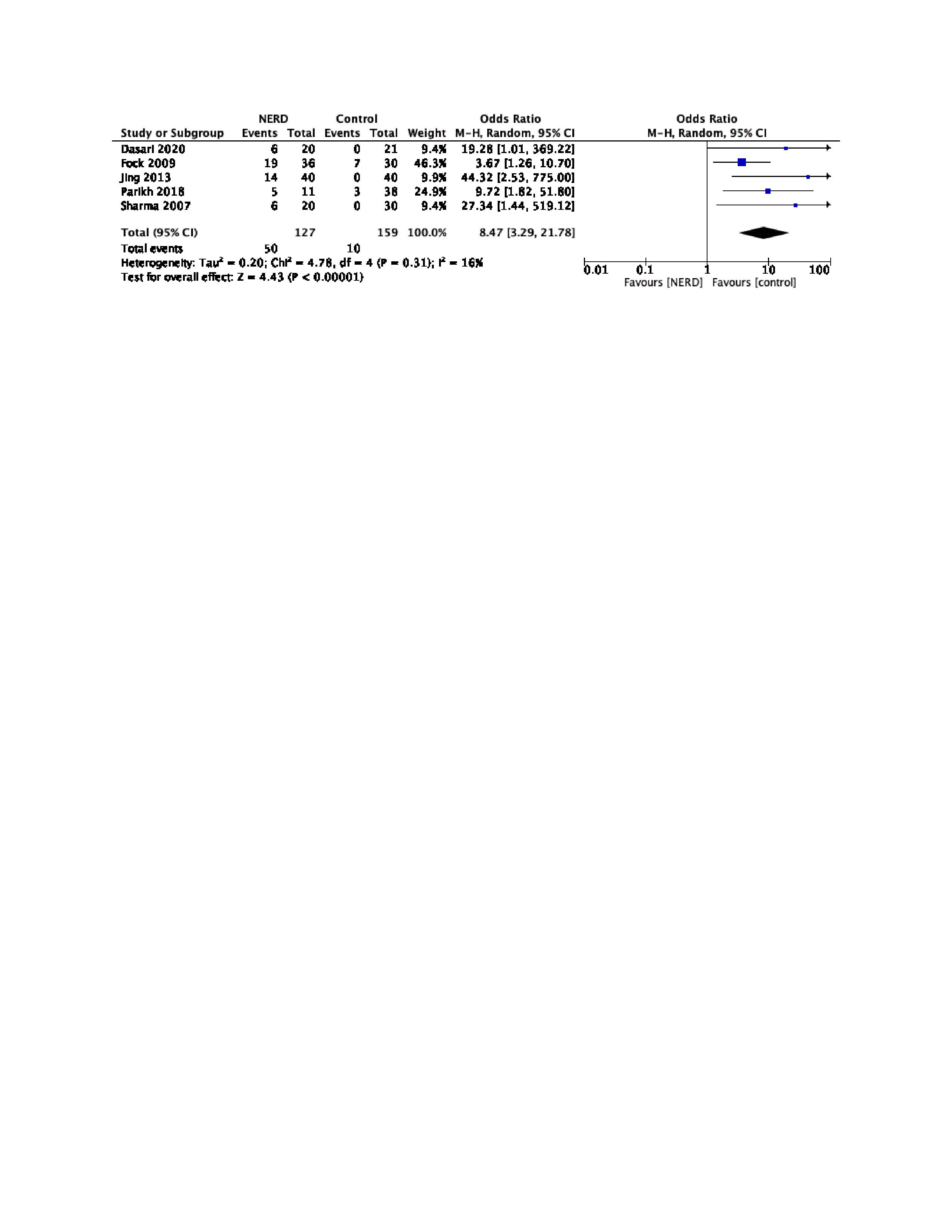