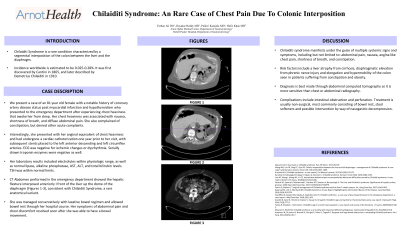 Introduction: Chilaiditi Syndrome is a rare condition characterized by a segmental interposition of the colon between the liver and the diaphragm. Incidence worldwide is estimated to be 0.025-0.28%. It was first discovered by Cantini in 1865, and later described by Demetrius Chilaiditi in 1910.

Methods: We present a case of an 81 year old female with a notable history of coronary artery disease status post myocardial infarction and hypothyroidism who presented to the emergency department after experiencing chest heaviness that awoke her from sleep. Her chest heaviness was associated with nausea, shortness of breath, and diffuse abdominal pain. She also complained of constipation, but denied other acute complaints.
Interestingly, she presented with her anginal equivalent of chest heaviness and had undergone a cardiac catheterization one year prior to her visit, with subsequent stents placed to the left anterior descending and left circumflex arteries. ECG was negative for ischemic changes or dysrhythmia. Serially drawn troponin enzymes were negative as well.
Her laboratory results included electrolytes within physiologic range, as well as normal lipase, alkaline phosphatase, AST, ALT, and total bilirubin levels. TSH was within normal limits.
CT Abdomen performed in the emergency department showed the hepatic flexture interposed anteriorly I front of the liver up the dome of the diaphragm (Figures 1-3), consistent with Chilaiditi Syndrome, a rare anatomical variant.
She was managed conservatively with laxative bowel regimen and allowed bowel rest through her hospital course. Her symptoms of abdominal pain and chest discomfort resolved soon after she was able to have a bowel movement.

Discussion: Chilaiditi syndrome manifests under the guise of multiple systemic signs and symptoms, including but not limited to: abdominal pain, nausea, angina like chest pain, shortness of breath, and constipation.
Risk factors include a liver atrophy from cirrhosis, diaphragmatic elevation from phrenic nerve injury and elongation and hypermobility of the colon seen in patients suffering from constipation and obesity.
Diagnosis is best made through abdominal computed tomography as it is more sensitive than chest or abdominal radiography.
Complications include intestinal obstruction and perforation. Treatment is usually non-surgical, most commonly consisting of bowel rest, stool softeners and possible intervention by way of nasogastric decompression. 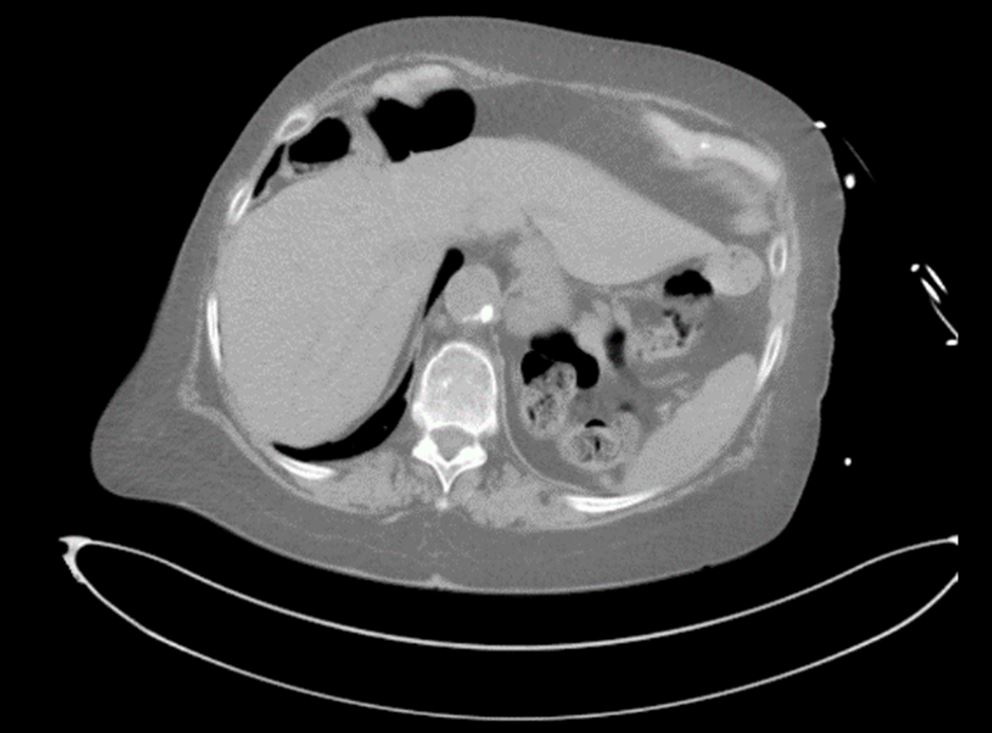 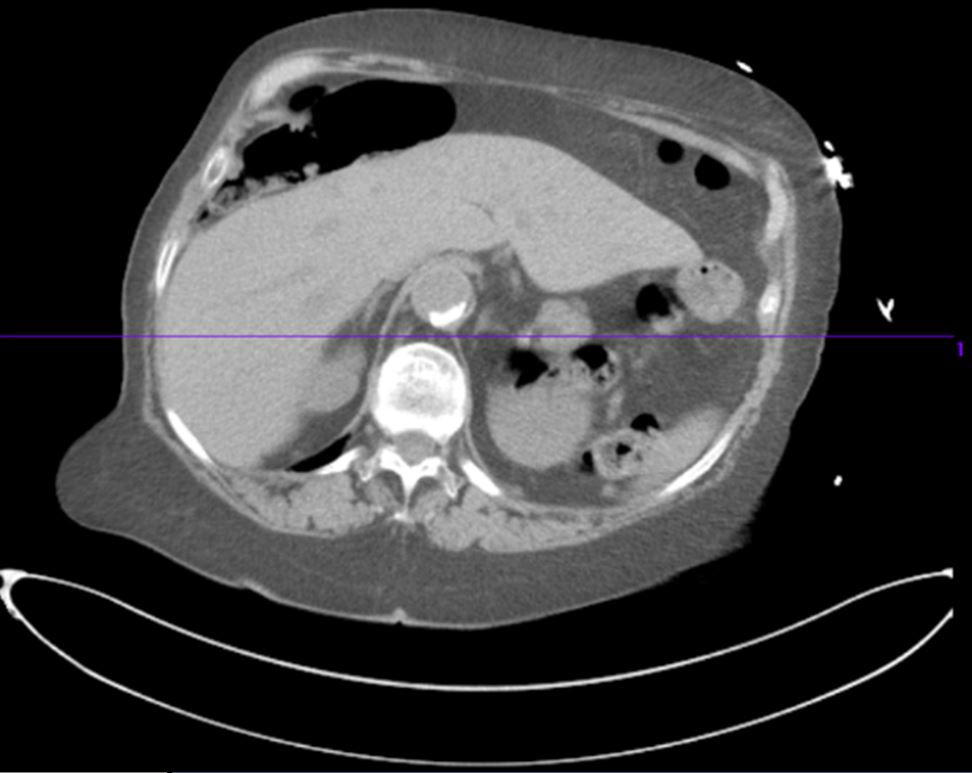 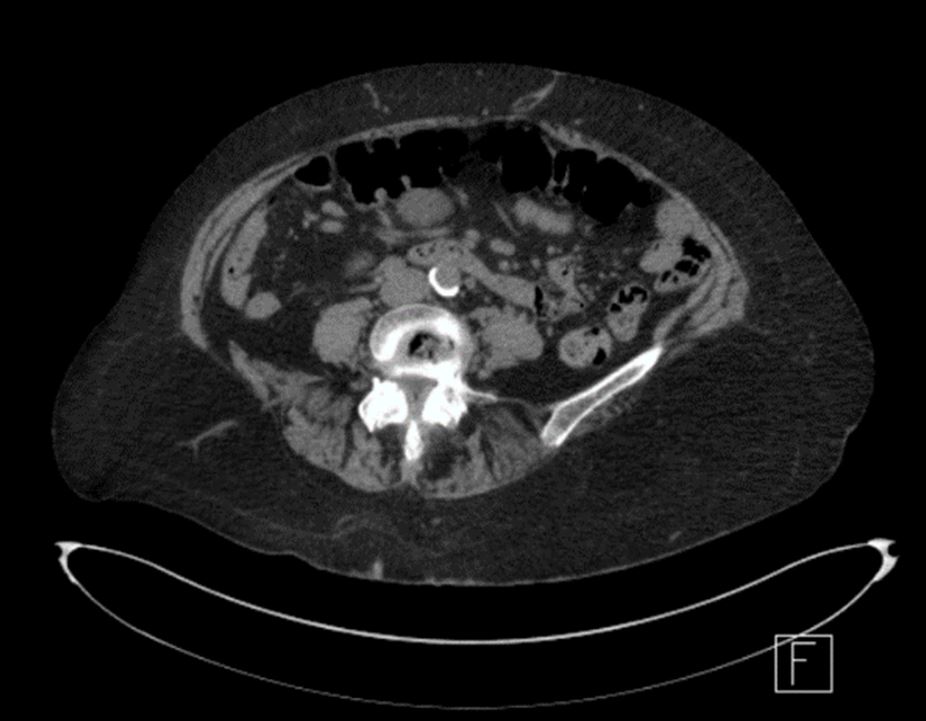