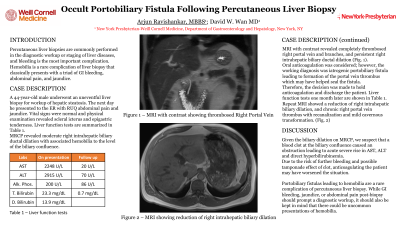 Introduction: Percutaneous liver biopsies are commonly performed procedures in the diagnostic workup or staging of liver diseases, and bleeding is the most important complication. Hemobilia is defined as bleeding into the biliary tree, and is a rare complication of liver biopsy that classically presents with a triad of GI bleeding, abdominal pain, and jaundice.

Discussion: Given the biliary dilation on MRCP, we suspect that a blood clot at the biliary confluence caused an obstruction leading to acute severe rise in AST, ALT and direct hyperbilirubinemia. Due to the risk of further bleeding and possible tamponade effect of clot, anticoagulating the patient may have worsened the situation.
Portobiliary fistulas leading to hemobilia are a rare complication of percutaneous liver biopsy. While GI bleeding, jaundice, or abdominal pain post-biopsy should prompt a diagnostic workup, it should also be kept in mind that there could be uncommon presentations of hemobilia. 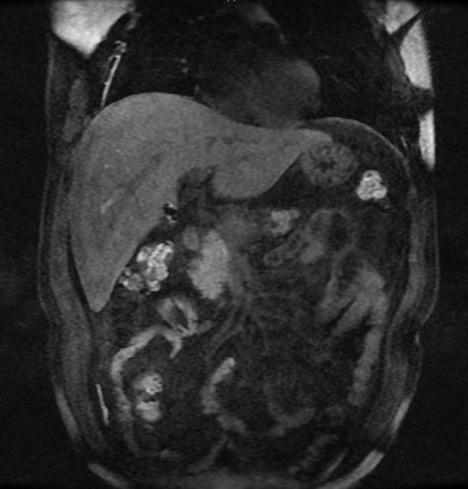 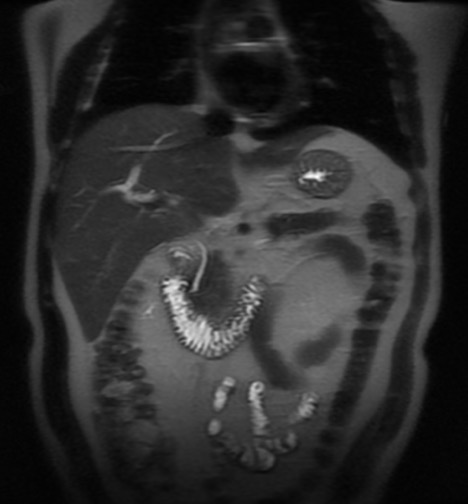 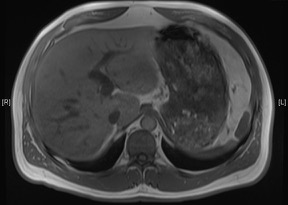