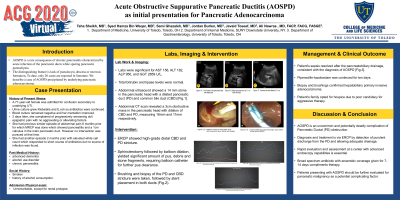 Introduction: AOSPD is a rare consequence of chronic pancreatitis characterized by acute infection of the pancreatic ducts while sparing pancreatic parenchyma. The distinguishing feature is lack of pseudocyst, abscess or necrosis formation. To date, only 20 cases are reported in literature. We describe a case of AOSPD precipitated by underlying pancreatic adenocarcinoma.

Discussion: AOSPD is an uncommon and potentially deadly complication of PD obstruction. Diagnosis and treatment is via ERCP by detection of purulent discharge from the PD and allowing adequate drainage. Rapid evaluation and assessment at a center with advanced endoscopy capabilities is essential. Broad spectrum antibiotic with anaerobic coverage given for 7-14 days compliments therapy. Patients presenting with AOSPD should be further evaluated for pancreatic malignancy as a potential complicating factor. 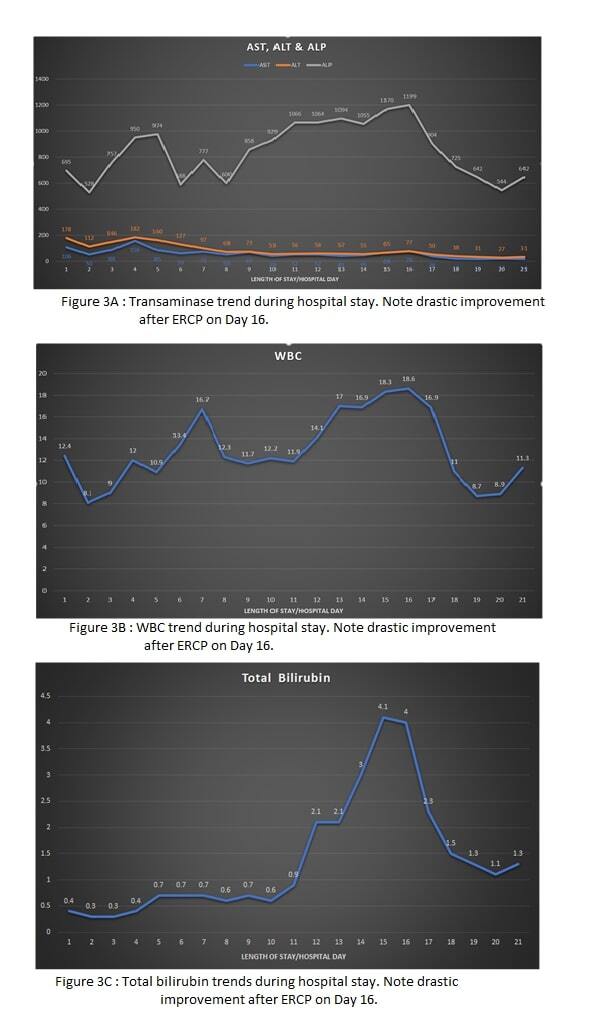