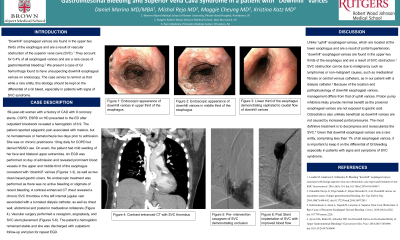 Introduction: “Downhill” esophageal varices are found in the upper two thirds of the esophagus and are a result of vascular obstruction of the superior vena cava (SVC).1 They account for 0.4% of all esophageal varices and are a rare cause of gastrointestinal bleeding.2 We present a case of GI hemorrhage found to have downhill esophageal varices on endoscopy. The case serves to remind that while rare, this etiology remains in the differential of a GI bleed, especially in patients with signs of SVC syndrome.

Methods: A 69-year-old woman with a history of CAD with nine stents, COPD, ESRD on HD presented to the ED after outpatient hemoglobin of 6.9. The patient reported epigastric pain associated with melena, but no hematemesis or hematochezia. On exam, the patient had mild swelling of her face and bilateral upper extremities. An EGD was performed on day of admission and revealed prominent blood vessels in the upper (Figure 1) and middle third of the esophagus consistent with “downhill” varices. No endoscopic treatment was performed as there was no stigmata of recent bleeding. A contrast-enhanced CT chest revealed a chronic SVC thrombus in the left internal jugular vein associated with a tunneled dialysis catheter (Figure 2). Vascular surgery performed a cavagram (Figure 3), angioplasty, and SVC stent placement. The patient’s hemoglobin remained stable and she was discharged with outpatient follow-up and plan for repeat EGD. 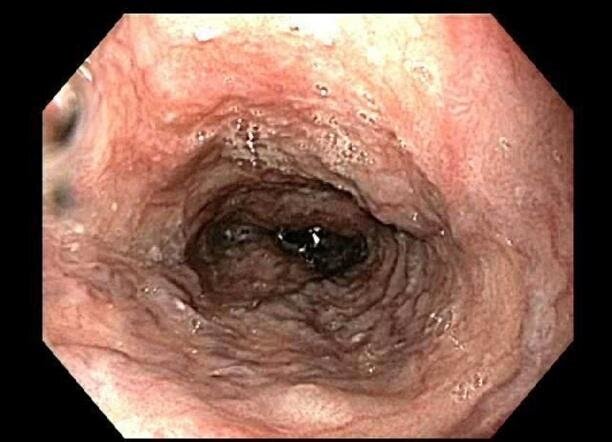 Endoscopic appearance of downhill varices in upper third of the Esophagus 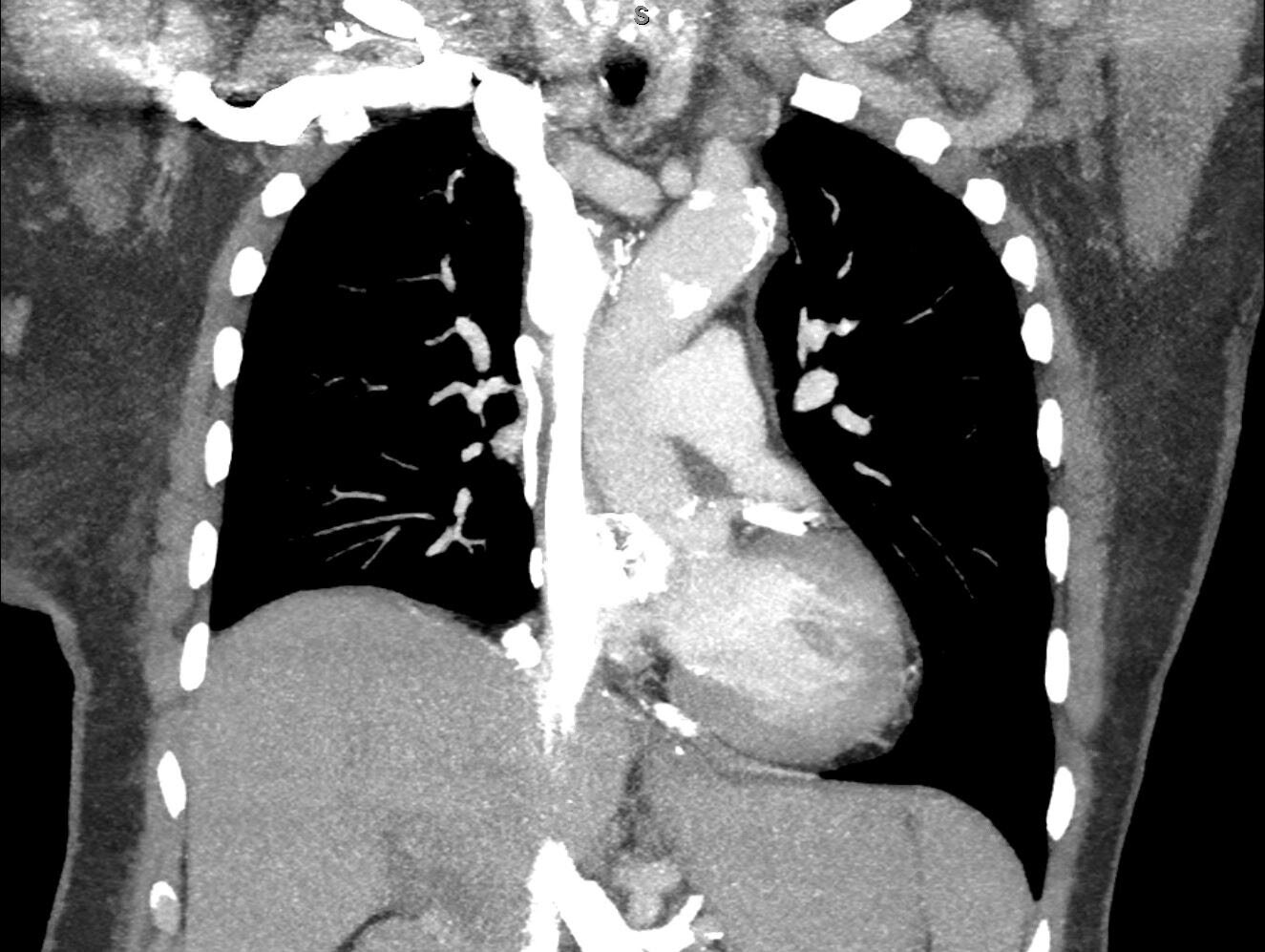 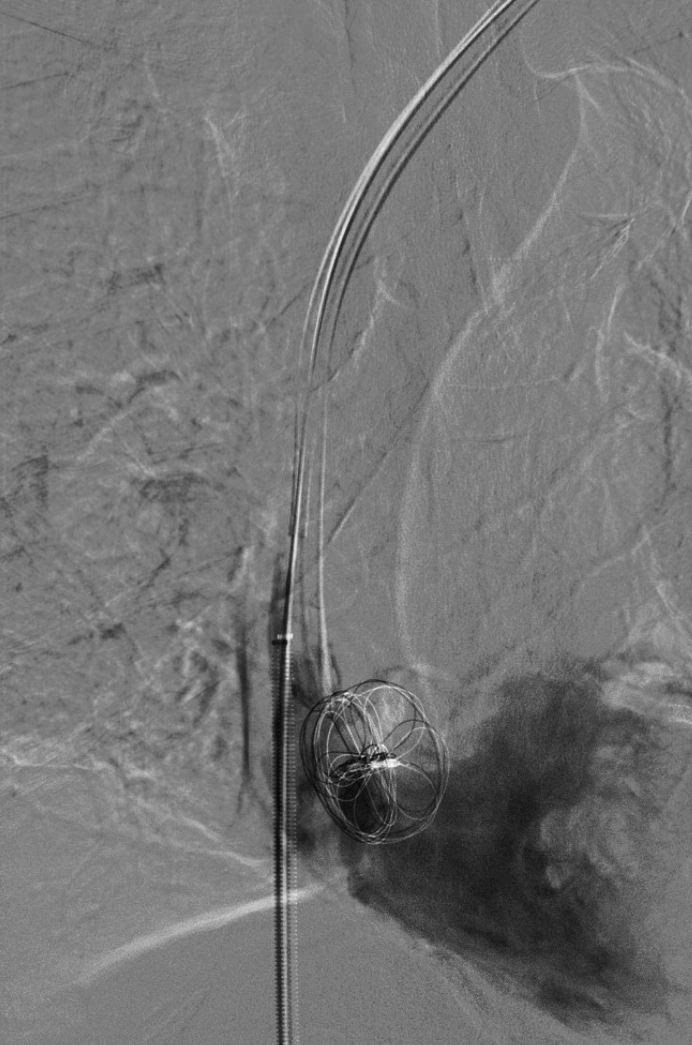