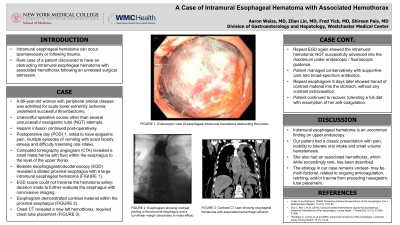 Methods: An 86-year-old woman with a past medical history of peripheral arterial disease was admitted for acute lower extremity ischemia and underwent successful thrombectomy. Other than several unsuccessful nasogastric tube (NGT) placement attempts, her operative course had been uneventful, and she was being continued on a heparin infusion post-operatively. On postoperative day 1, she was noted to have epigastric pain, multiple episodes of vomiting with scant bloody emesis and difficulty tolerating oral intake. She had no significant prior gastrointestinal (GI) history. A computed tomography angiogram (CTA) revealed a small hiatal hernia with fluid within the esophagus to the level of the upper thorax. The GI service was consulted and a bedside esophagogastroduodenoscopy (EGD) was performed and revealed a dilated proximal esophagus with a large intramural esophageal hematoma. The EGD scope could not traverse the hematoma safely and the decision was made to further evaluate the esophagus with noninvasive imaging. An esophagram demonstrated contrast material within the proximal esophagus and a concomitant CT scan of the chest revealed a new left hemothorax, which required chest tube placement. The patient was brought to the endoscopy suite the following day for a second EGD. The intramural hematoma was again noted and an NGT was successfully advanced into the duodenum under endoscopic and fluoroscopic guidance. The patient was managed conservatively with supportive care and broad-spectrum antibiotics and remained stable. A repeat esophagram 8 days later showed transit of contrast material into the stomach, without any contrast extravasation. The patient continued to recover, tolerating a full diet with resumption of her anti-coagulation.

Discussion: Intramural esophageal hematoma is an uncommon finding on upper endoscopy. Although not initially expected, our patient had a classic presentation with pain, inability to tolerate oral intake and small volume hematemesis. Furthermore, she had an associated hemothorax, which while exceedingly rare, has been described. Although the etiology in our case remains unclear, it may be multi-factorial, related to ongoing anticoagulation, retching, and/or trauma from preceding nasogastric tube placement. 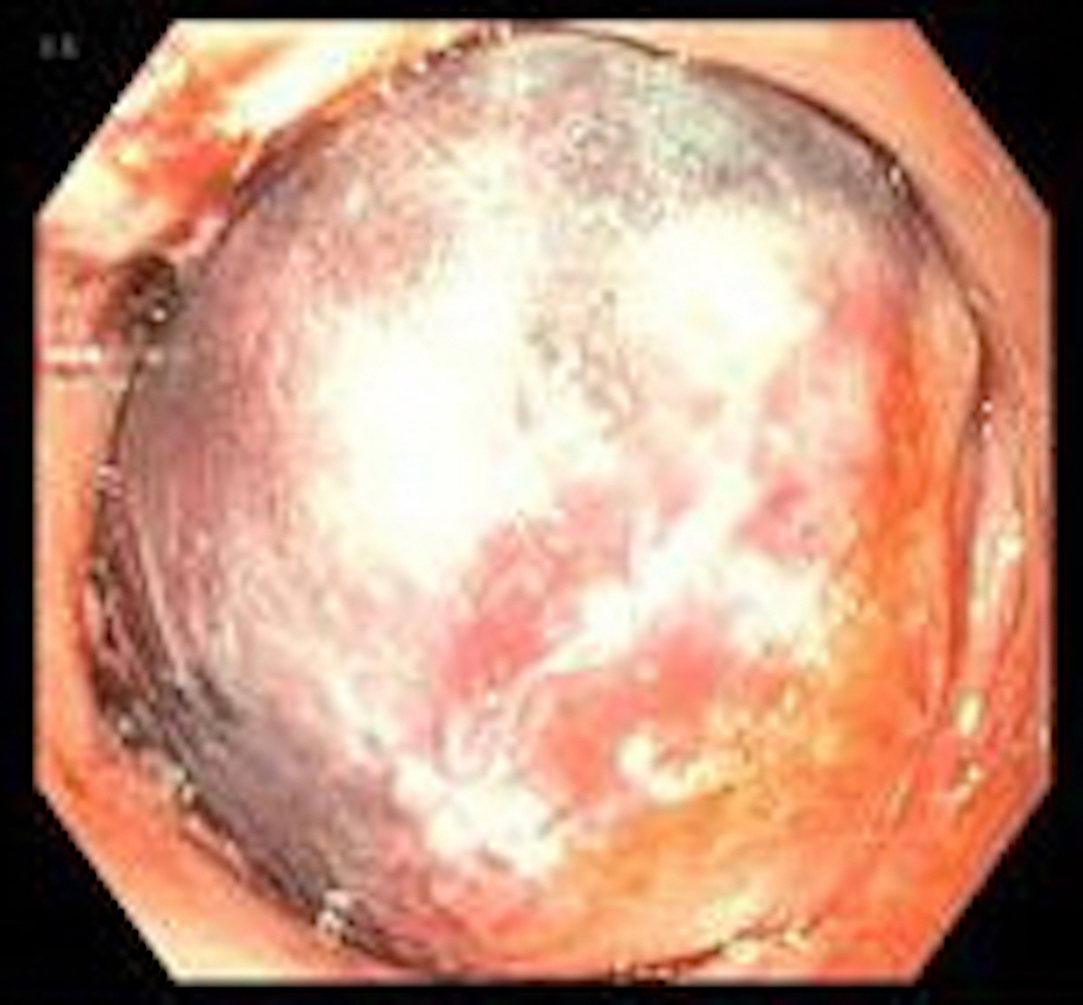 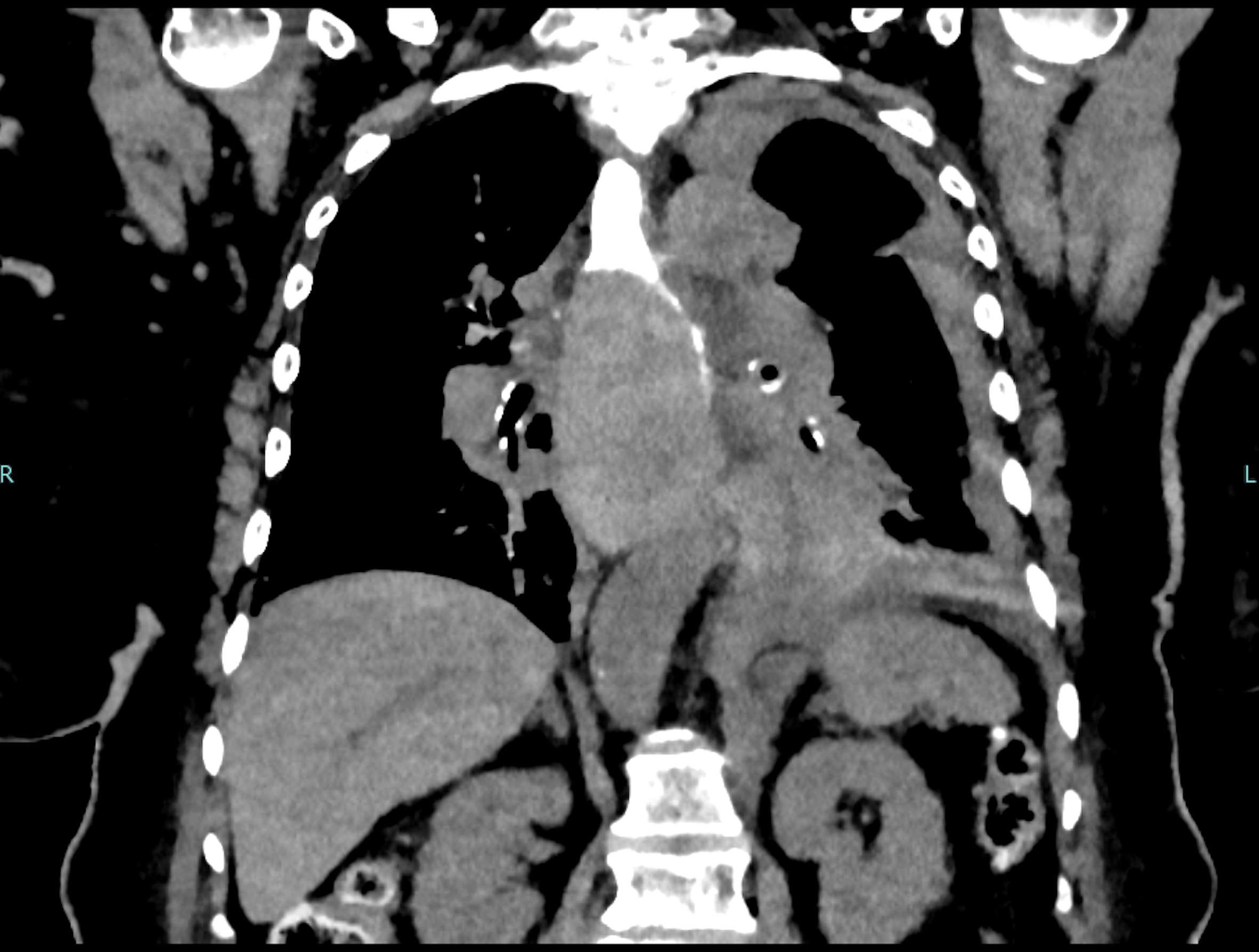