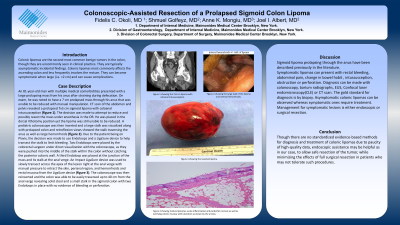 Colonic lipomas are the second most common benign tumors in the colon, though they are uncommonly seen in clinical practice. They are typically asymptomatic incidental findings. They can become symptomatic when large and can cause complications. Herein we describe a case of a colonoscopic assisted resection of a sigmoid lipoma that prolapsed through the anus.

Sigmoid lipoma prolapsing through the anus have been described previously in the literature. Management for symptomatic lesions is either endoscopic or surgical resection. Though there are no standardized evidence-based methods for diagnosis and treatment of colonic lipomas due to paucity of high-quality data, endoscopic assistance may help with safe resection in patients that are high risk for surgery as in our case.

CT scan of the abdomen and pelvis showing the sigmoid lipoma with coloanal intussusception. 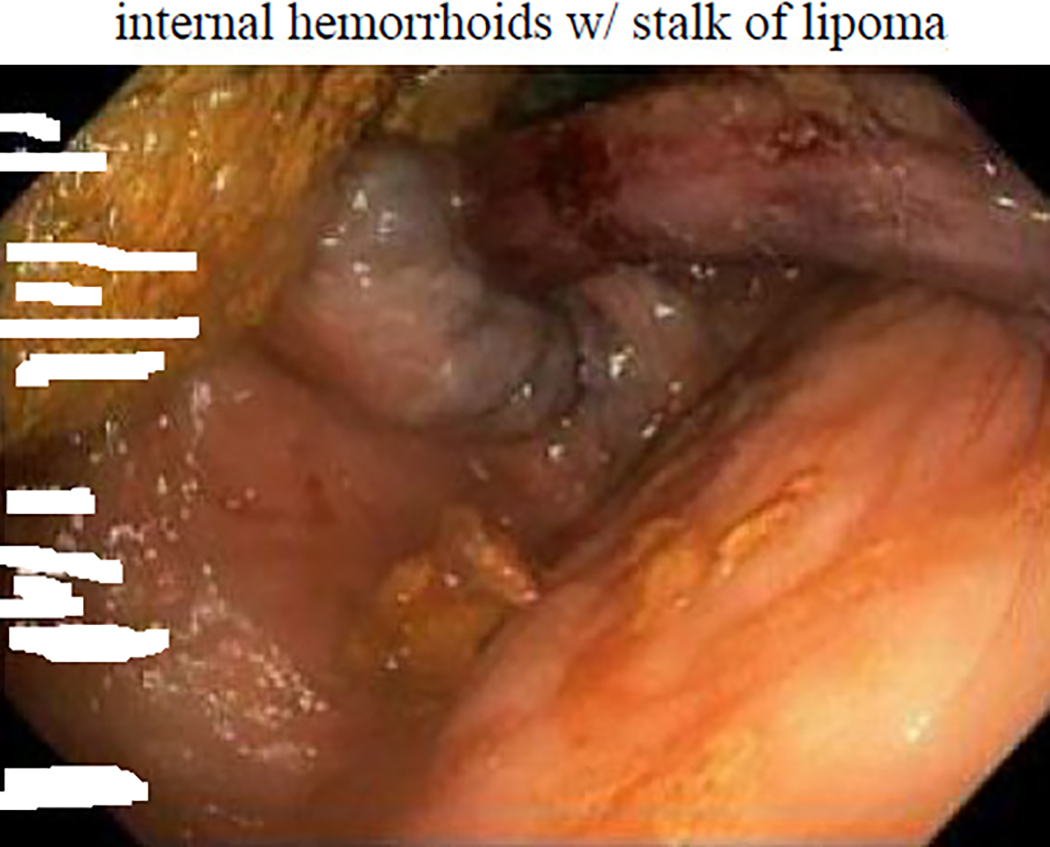 Figure 2 showing the large stalk of the lipoma and also internal hemorrhoids. 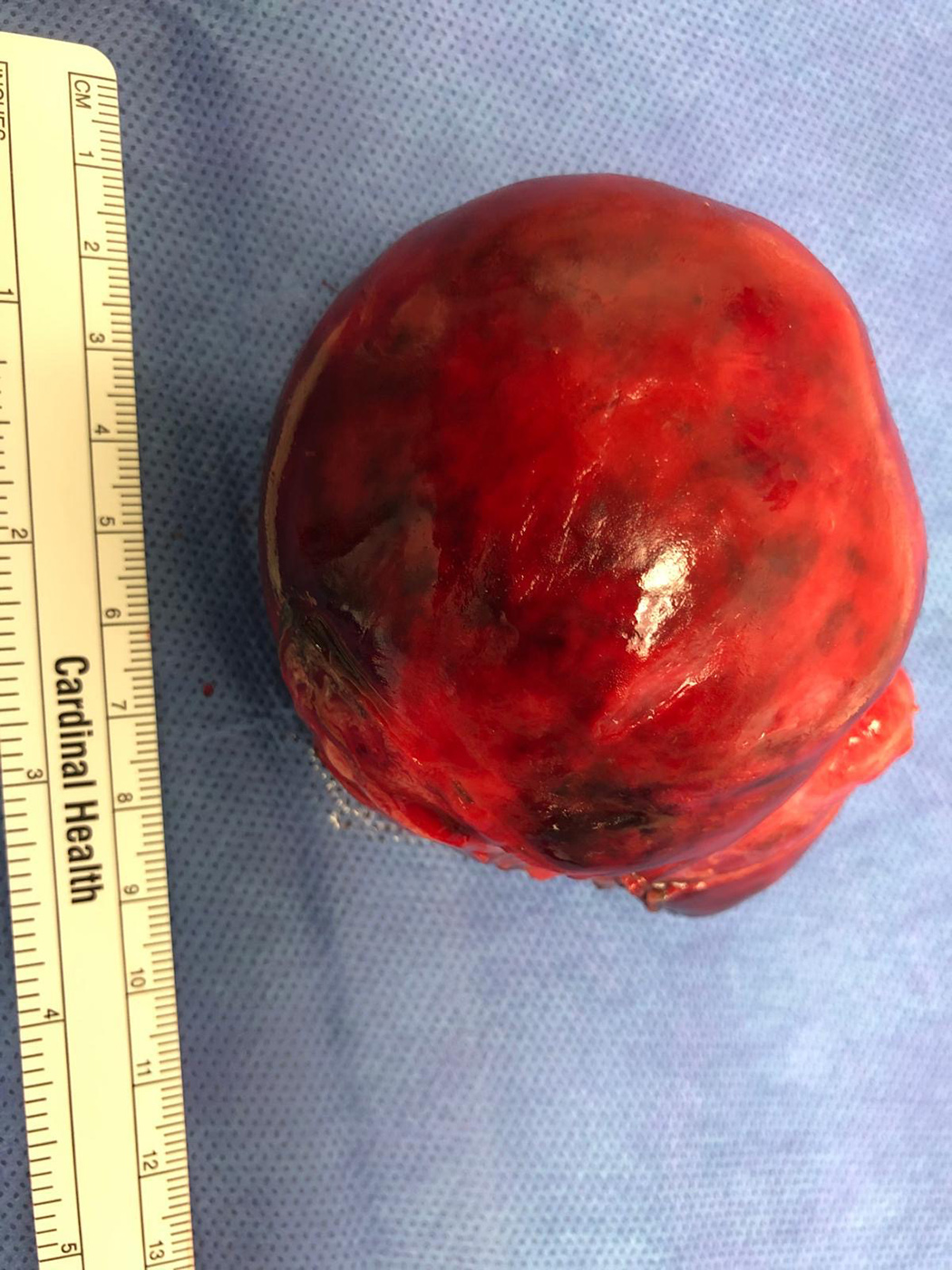