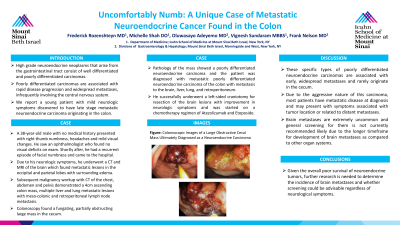 Introduction: High grade neuroendocrine neoplasms that arise from the gastrointestinal tract consist of well differentiated and poorly differentiated carcinomas. The latter is associated with rapid disease progression and widespread metastases, infrequently involving the central nervous system. We report the case of a young patient with mild neurologic symptoms discovered to have late stage metastatic neuroendocrine carcinoma originating in the colon.

Methods: A 38-year-old male with no medical history presented with complaints of intermittent right thumb numbness, headaches and mild visual changes. He saw an ophthalmologist who found no visual deficits on exam. Shortly after, the patient experienced a recurrent episode of facial numbness and decided to come into the hospital. Due to his neurologic symptoms, the patient underwent a CT and MRI of the brain which found metastatic lesions in the occipital and parietal lobes with surrounding edema. Subsequent malignancy workup with CT of the chest, abdomen and pelvis demonstrated a 4cm ascending colon mass, multiple liver and lung metastatic lesions with meso-colonic and retroperitoneal lymph node metastasis. Colonoscopy found a fungating, partially obstructing large mass in the cecum that could not be bypassed with the endoscope, with pathology showing a poorly differentiated neuroendocrine carcinoma. The patient was ultimately diagnosed with metastatic poorly differentiated neuroendocrine carcinoma of the colon with metastasis to the brain, liver, lung, and retroperitoneum. He successfully underwent a left-sided craniotomy for resection of the brain lesions with improvement in neurologic symptoms and was started on a chemotherapy regimen of Atezolizumab and Etoposide.

Discussion: Poorly differentiated gastroenteropancreatic neuroendocrine carcinomas are associated with early, widespread metastases and rarely originate in the cecum. Due to the aggressive nature of this carcinoma, most patients have metastatic disease at diagnosis and may present with symptoms associated with tumor location or related to distant metastases. Brain metastases are extremely uncommon and general screening for them is not currently recommended. This may be due to the longer timeframe for development of brain metastases as compared to other organs. Given the overall poor survival of neuroendocrine tumors, further research is needed to determine the incidence of brain metastases and whether screening could be advisable regardless of neurological symptoms. 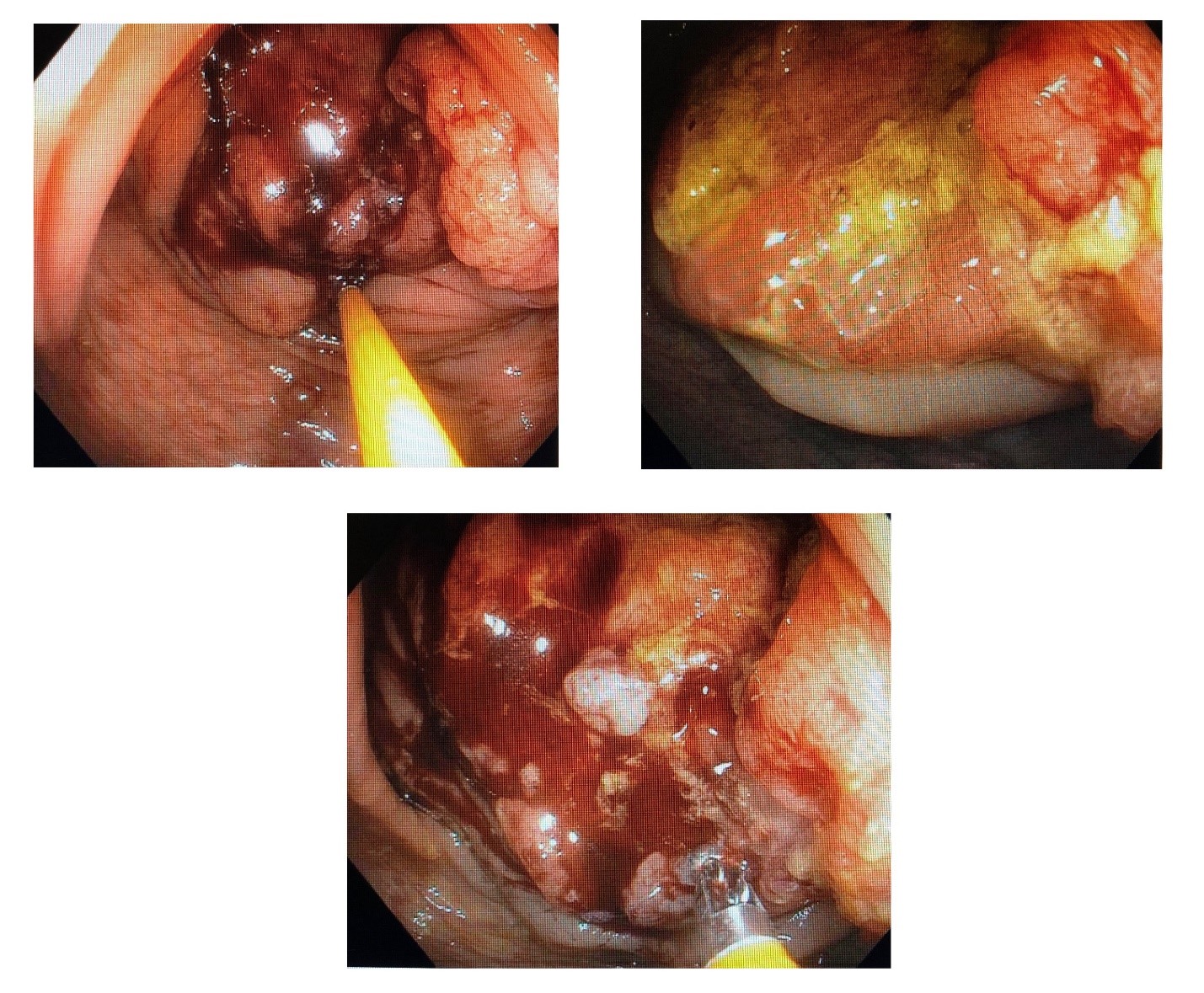