P0507 (S1629). - Constipation as the Presenting Symptom of Metastatic Squamous Cell Carcinoma of the Lung 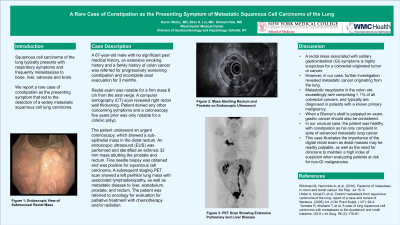 Introduction: Squamous cell carcinoma of the lung typically presents with respiratory symptoms and frequently metastasizes to bone, liver, adrenals, and brain. We report a rare case of constipation as the presenting symptom that led to the detection of a widely metastatic squamous cell lung carcinoma with rectal involvement.

Methods: A 67-year-old male with no significant past medical history, an extensive smoking history, and a family history of colon cancer in his father, was referred for 3 months of progressively worsening constipation and incomplete stool evacuation. Rectal exam was notable for a firm mass 6 cm from the anal verge. A computed tomography (CT) scan revealed right rectal wall thickening. Patient denied any other concerning symptoms and a colonoscopy five years prior was only notable for a colonic polyp. The patient underwent an urgent colonoscopy, which showed a sub-epithelial mass in the distal rectum. An endoscopic ultrasound (EUS) was performed and identified an extrinsic 32 mm mass abutting the prostate and rectum. Fine needle biopsy was obtained and was positive for squamous cell carcinoma. A subsequent staging positron emission tomography (PET) scan showed a left perihilar lung mass with associated lymphadenopathy, as well as metastatic disease to liver, acetabulum, prostate, and rectum. The patient was referred to oncology for evaluation for palliative treatment with chemotherapy and/or radiation.

Discussion: A rectal mass associated with solitary gastrointestinal (GI) symptoms is highly suspicious for a colorectal originated tumor or cancer. However, in the current case, further investigation revealed metastatic cancer originating from the lung. Metastatic neoplasms in the colon are exceedingly rare comprising < 1% of all colorectal cancers, and typically are diagnosed in patients with a known primary malignancy, most commonly ovarian, lung, breast, prostate, kidney or melanoma. Furthermore, when, as in this patient, a Blumer’s shelf is palpated on exam, gastric cancer should also be considered. In our unusual case, the patient appeared healthy with constipation as his only complaint in spite of advanced metastatic lung cancer. This case further illustrates the importance of the digital rectal exam as distal masses may be readily palpable, as well as the need for clinicians to maintain a high index of suspicion when evaluating patients at risk for non-GI malignancies. 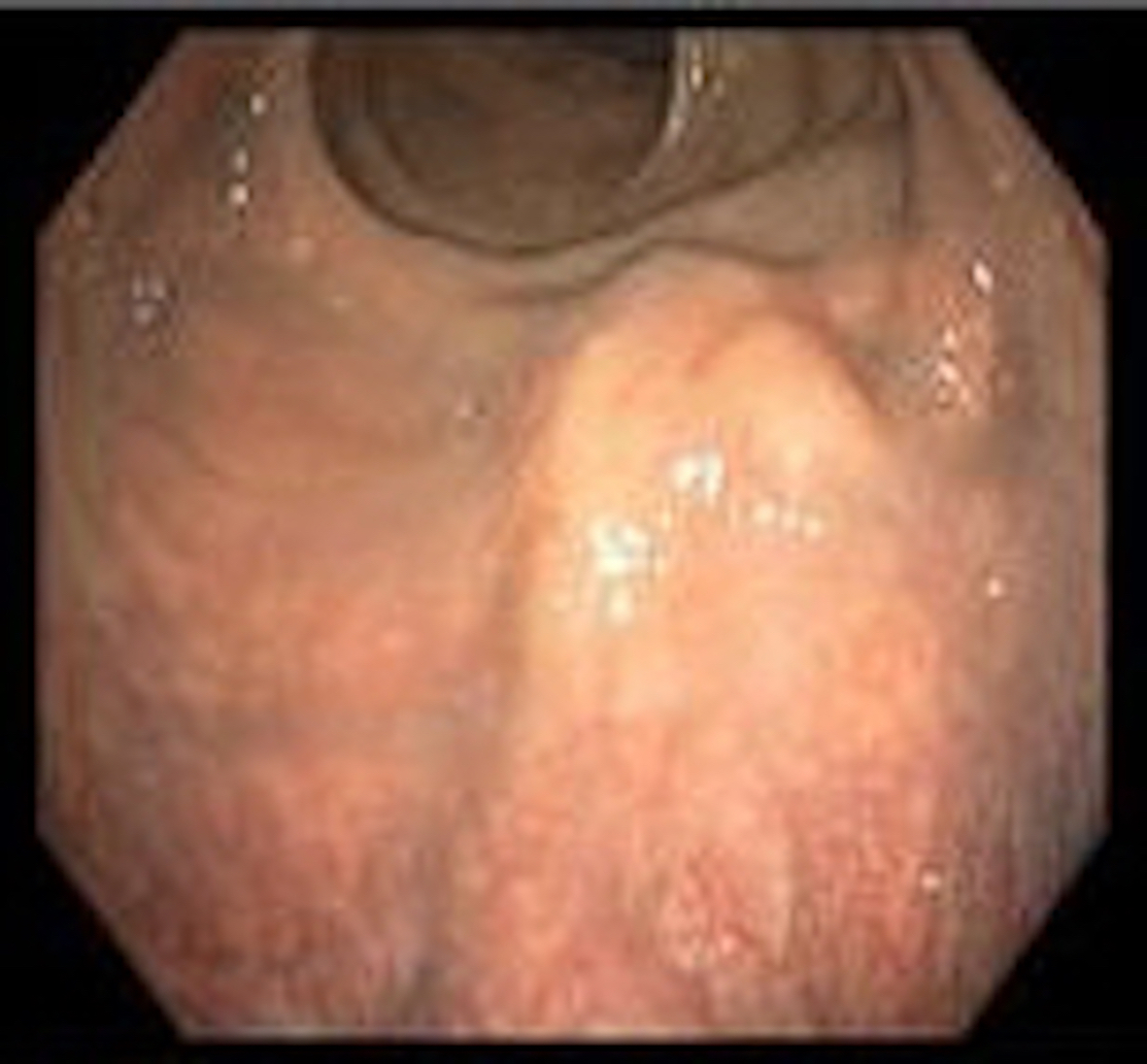 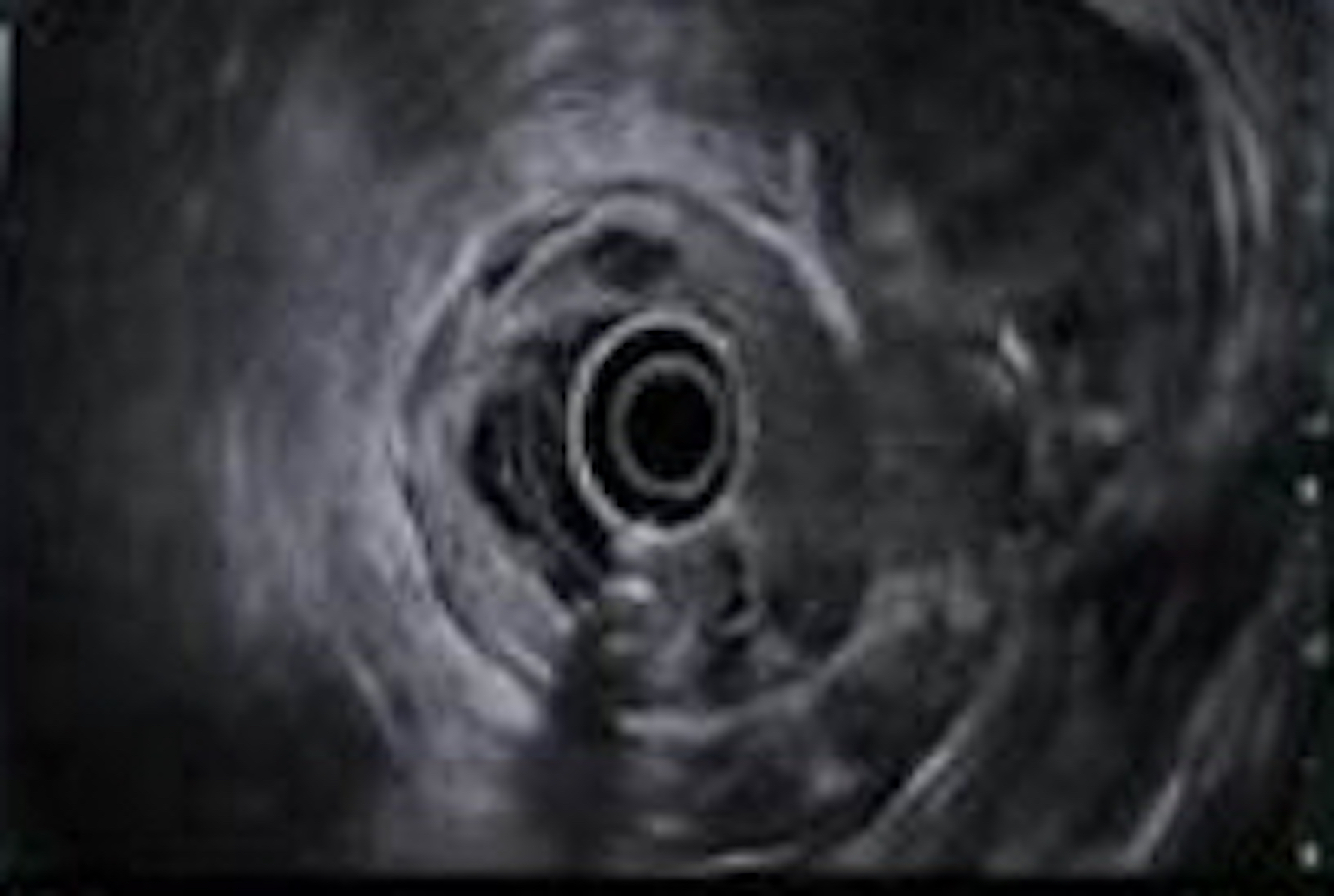