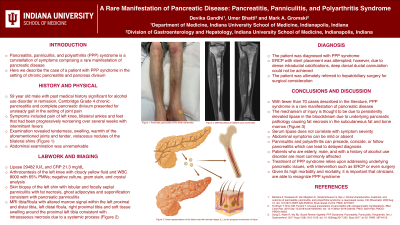 Introduction: Pancreatitis, panniculitis, and polyarthritis (PPP) syndrome is a constellation of symptoms comprising a rare manifestation of pancreatic disease. Here we describe a case of a patient with PPP syndrome in the setting of chronic pancreatitis and pancreas divisum.

Methods: A 59 year old white male with past history significant for alcohol use disorder in remission, Cambridge Grade 4 chronic pancreatitis with recently diagnosed pancreatic panniculitis, and complete pancreas divisum presented for unsteady gait in the setting of joint pain. He described a polyarthritis involving the left knee, bilateral ankles and feet that had been progressively worsening over several weeks with intermittent fevers. Examination revealed tenderness, swelling, and warmth of aforementioned joints and tender, violaceous nodules of the bilateral shins. Abdominal exam was unremarkable. Labs were significant for lipase 29482 IU/L, WBC 13.6 k/cumm, and CRP 21.3 mg/dL. Infectious workup was negative. Arthrocentesis of the left knee was consistent with inflammatory etiology. Prior skin biopsy of the left shin was consistent with pancreatic panniculitis. MRI of the left lower extremity revealed signal change in the bone marrow of multiple bones consistent with intraosseous necrosis. The patient was diagnosed with PPP syndrome and planned for ERCP with stent placement. Unfortunately, due to dense intraductal calcifications, deep dorsal ductal cannulation could not be achieved during ERCP. The patient was ultimately referred to surgery for consideration of surgical pancreatic drainage.

Discussion: With fewer than 70 cases described in the literature, PPP syndrome is a rare manifestation of pancreatic disease causing the triad of pancreatitis, panniculitis, and polyarthritis. Persistently elevated lipase in the bloodstream due to pancreatic pathology is thought to cause fat necrosis in the subcutaneous fat and bone marrow. The serum lipase is elevated, but does not necessarily correlate with severity of symptoms. Notably, abdominal symptoms can be mild or absent. Panniculitis and polyarthritis can precede, coincide, or follow pancreatitis which can sometimes lead to delayed diagnosis. Middle-aged men with history of alcohol abuse are most commonly affected. Treatment of PPP syndrome relies upon addressing underlying pancreatic issues, with intervention such as ERCP or even surgery. Given its high morbidity and mortality, it is important that clinicians are able to recognize PPP syndrome. 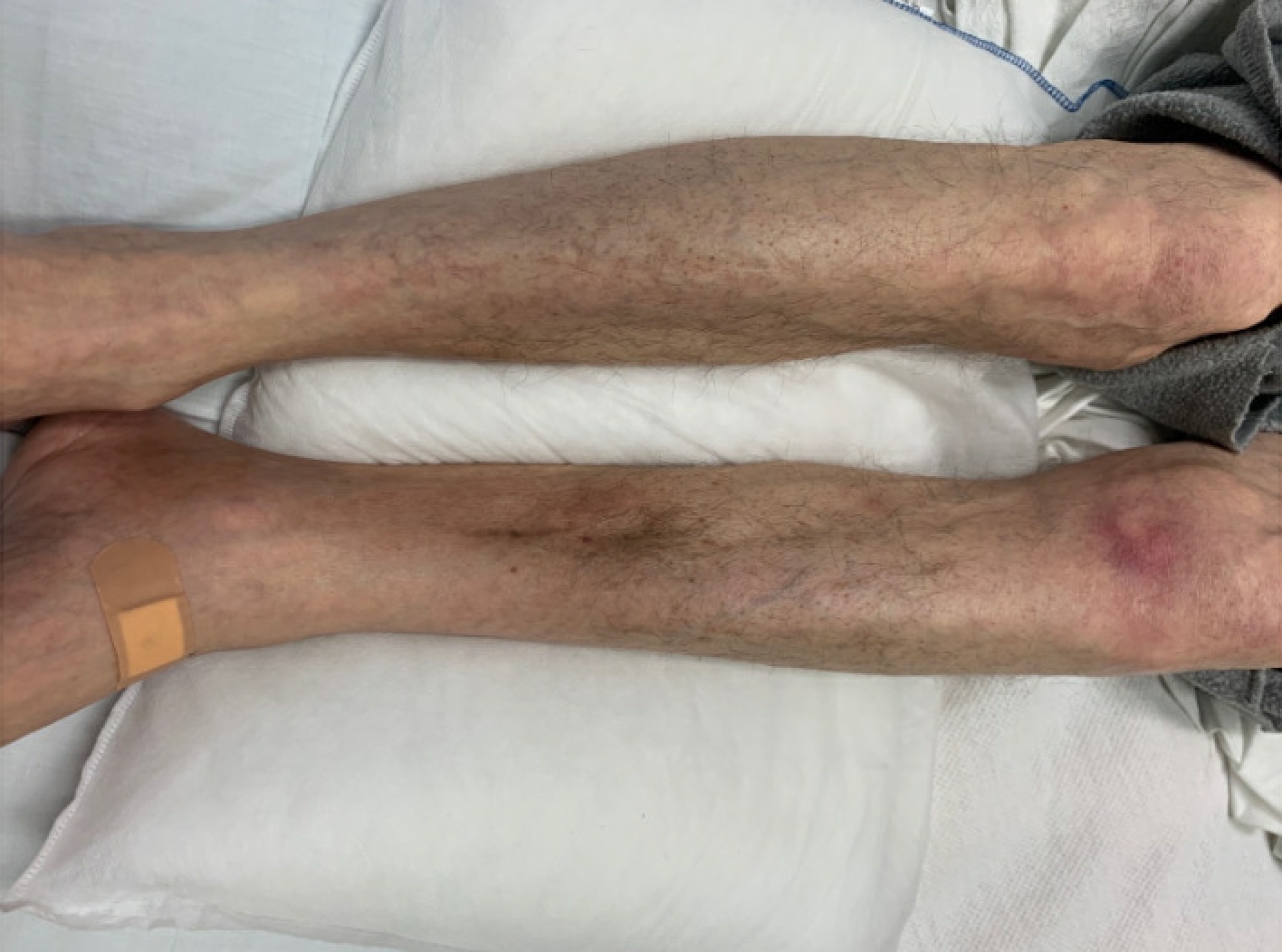