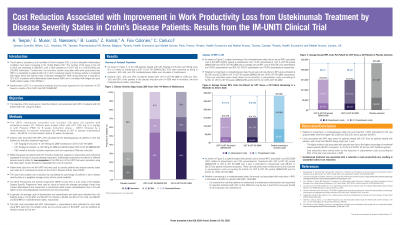 Methods: The average percentage of work time missed (absenteeism) and impairment in productivity while at work (presenteeism) due to CD were calculated using Work Productivity and Activity Impairment (WPAI) scores from a prior study of the Adelphi Disease Specific Programme (1). Patient-level data from the IM-UNITI trial was used to classify patients into disease severity states at week 44 in maintenance based on the Crohn’s Disease Activity Index (CDAI): remission (rem) (0-150), mild (151-220) and moderate to severe (mod/sev) ( > 220). The total costs associated with WPL (absenteeism + presenteeism) were estimated for each state using WPL data from the Adelphi study and an annual salary of $54,906 reported by the Bureau of Labor Statistics and the Census Bureau in 2018.

Discussion: Costs associated with WPL were lower for patients treated with UST than for placebo patients. The considerable cost reduction in WPL estimated for UST was threefold higher versus placebo.
(1) Obando et al. Work productivity loss and associated indirect costs for patients with Crohn’s disease in the US. AMCP Nexus 2019; Abstract K5. 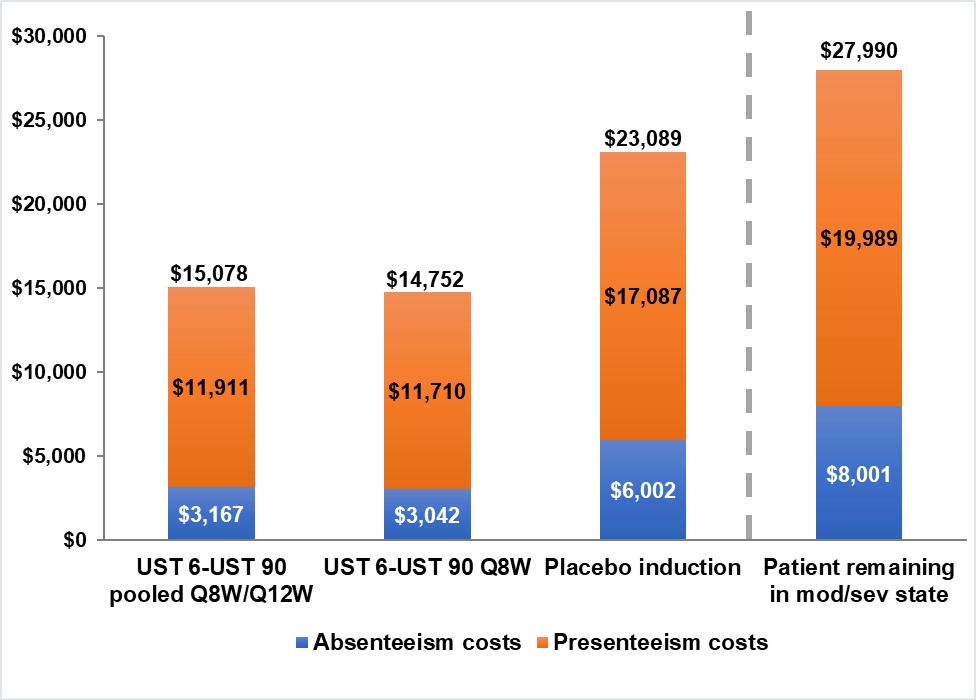