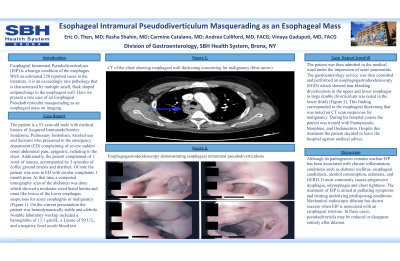 Introduction: Esophageal Intramural Pseudodiverticulosis (EIP) is a benign condition of the esophagus. With an estimated 250 reported cases in the literature, it is an exceedingly rare pathology that is characterized by multiple small, flask shaped outpouchings in the esophageal wall. Here we present a rare case of an Esophageal Pseudodiverticulin masquerading as an esophageal mass on imaging.

Methods: The patient is a 53-year-old male with medical history of Acquired Immunodeficiency Syndrome, Pulmonary Embolism, Alcohol use and Seizures who presented to the emergency department (ED) complaining of severe sudden onset abdominal pain, epigastric, radiating to the chest. Additionally, the patient complained of 1 week of nausea, accompanied by 3 episodes of coffee ground emesis and diarrhea. Of note the patient was seen in ED with similar complaints 1 month prior. At that time a computed tomography scan of the abdomen was done which showed a moderate sized hiatal hernia and mass like lesion of the lower esophagus suspicious for acute esophagitis or malignancy (Figure 1). On the current presentation the patient was hemodynamically stable and afebrile. Notable laboratory workup included a hemoglobin of 13.1 gm/dL, a Lipase of 99 U/L, and a negative fecal occult blood test. The patient was then admitted to the medical ward under the impression of acute pancreatitis. The gastroenterology service was then consulted and performed an esophagogastroduodenoscopy (EGD) which showed non-bleeding diverticulosis in the upper and lower esophagus (a large double diverticulum was noted in the lower third) (Figure 2). This finding corresponded to the esophageal thickening that was noted on CT scan suspicious for malignancy. During his hospital course the patient was treated with Pantoprazole, Morphine, and Ondansetron. Despite this treatment the patient decided to leave the hospital against medical advice.

Discussion: Although its pathogenesis remains unclear EIP has been associated with chronic inflammatory conditions such as diabetes mellitus, esophageal candidiasis, alcohol consumption, achalasia, and GERD. It most commonly causes progressive dysphagia, odynophagia and chest tightness. The treatment of EIP is aimed at palliating symptoms and treating underlying predisposing conditions. Mechanical endoscopic dilation has shown success when EIP is associated with an esophageal stricture. In these cases, pseudodiverticla may be reduced or disappear entirely after dilation. 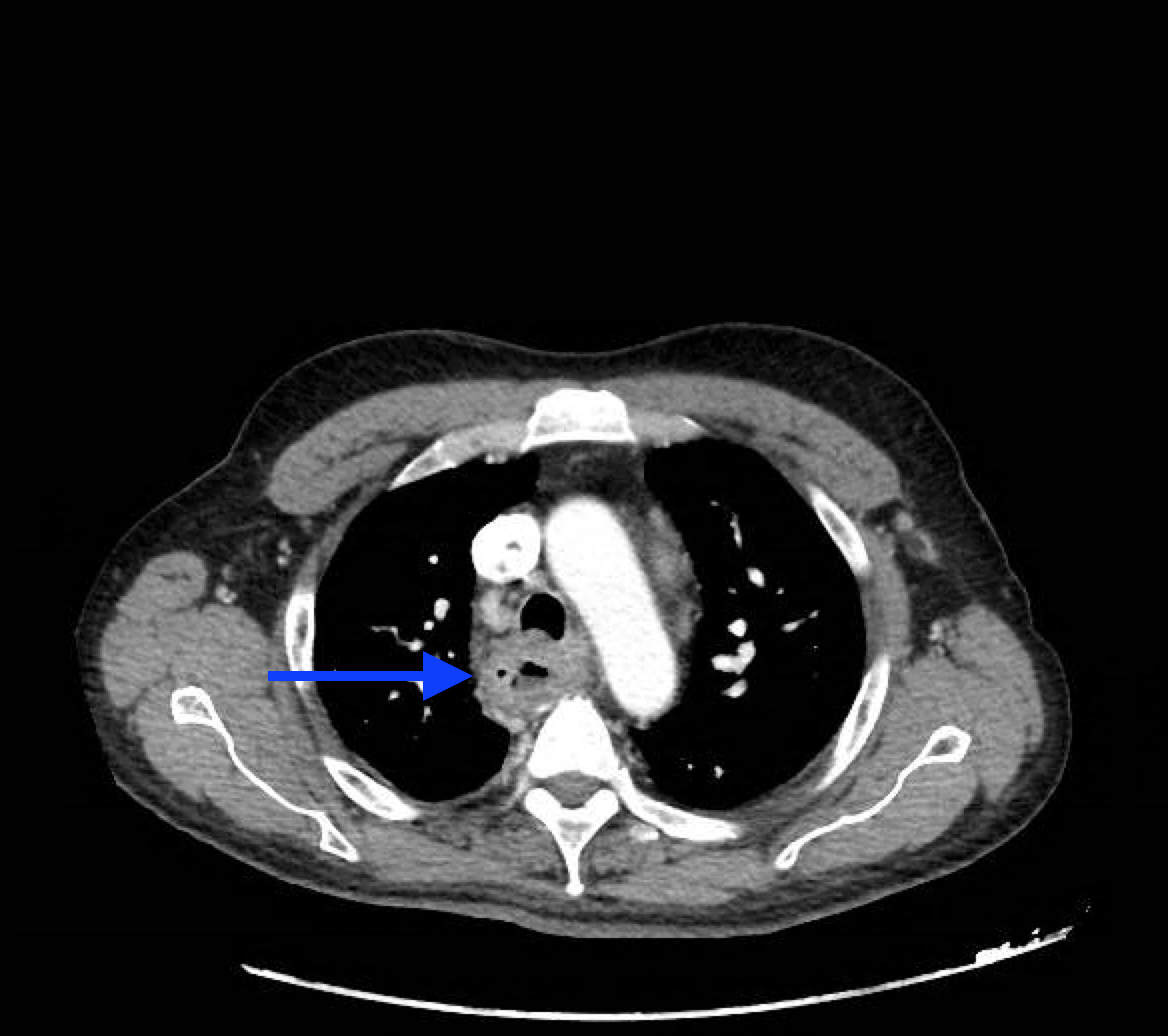 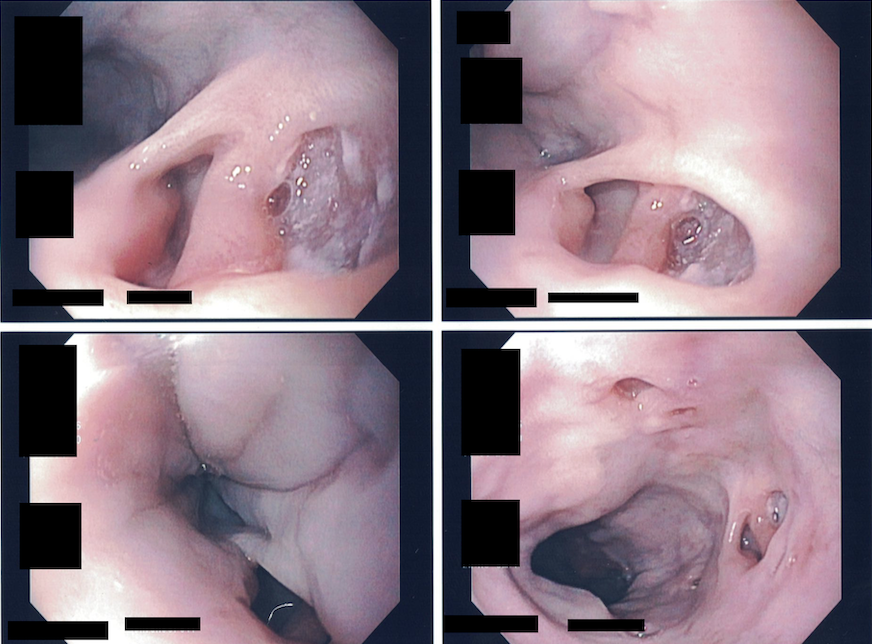