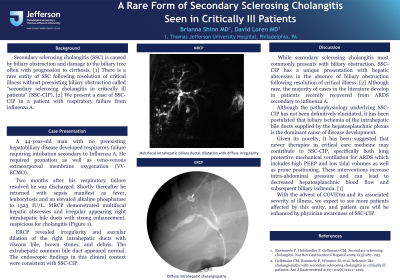 Introduction: Secondary sclerosing cholangitis (SSC) is caused by biliary obstruction and damage to the biliary tree often with progression to cirrhosis. There is a rare entity of SSC following resolution of critical illness without preexisting biliary obstruction called “secondary sclerosing cholangitis in critically ill patients” (SSC-CIP). We present a case of SSC-CIP in a patient with respiratory failure from influenza A.

Discussion: While secondary sclerosing cholangitis most commonly presents with biliary obstruction, SSC-CIP has a unique presentation with hepatic abscesses in the absence of biliary obstruction following resolution of critical illness. Although rare, the majority of cases in the literature develop in patients recently recovered from ARDS secondary to influenza A. Although the pathophysiology underlying SSC-CIP has not been definitively elucidated, it has been postulated that biliary ischemia of the intrahepatic bile ducts supplied by the hepatosplanchnic plexus is the dominant cause of disease development. Given its novelty, it has been suggested that newer therapies in critical care medicine may contribute to SSC-CIP, specifically both lung protective mechanical ventilation for ARDS which includes high PEEP and low tidal volumes as well as prone positioning. These interventions increase intra-abdominal pressure and can lead to decreased hepatosplanchnic blood flow and subsequent biliary ischemia. With the advent of COVID19 we expect to see more patients affected by this entity, and patient care will be enhanced by physician awareness of SSC-CIP. 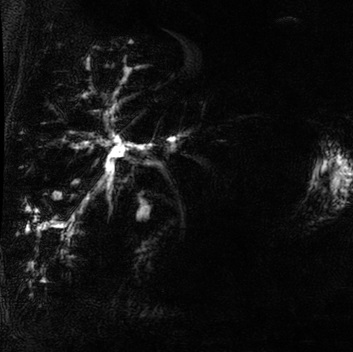