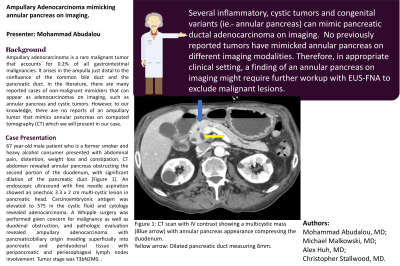 Introduction: Ampullary adenocarcinoma is a rare malignant tumor that accounts for 0.2% of all gastrointestinal malignancies. It arises in the ampulla just distal to the confluence of the common bile duct and the pancreatic duct. In the literature, there are many reported cases of non-malignant mimickers that can appear as adenocarcinomas on imaging, such as annular pancreas and cystic tumors. However, to our knowledge, there are no reports of an ampullary tumor that mimics annular pancreas on computed tomography (CT) which we will present in our case. 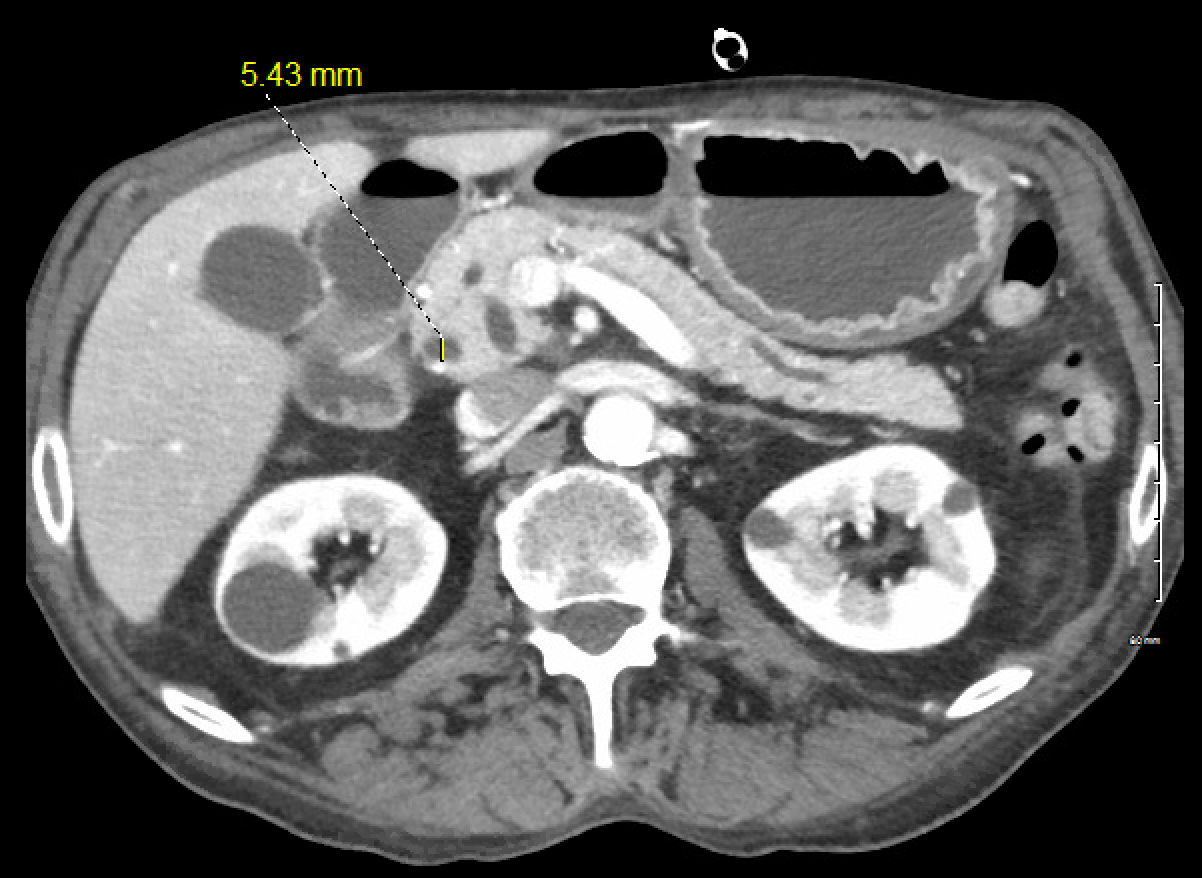 Multicystic mass surrounding the second part of duodenum correlating with an annular pancreas. 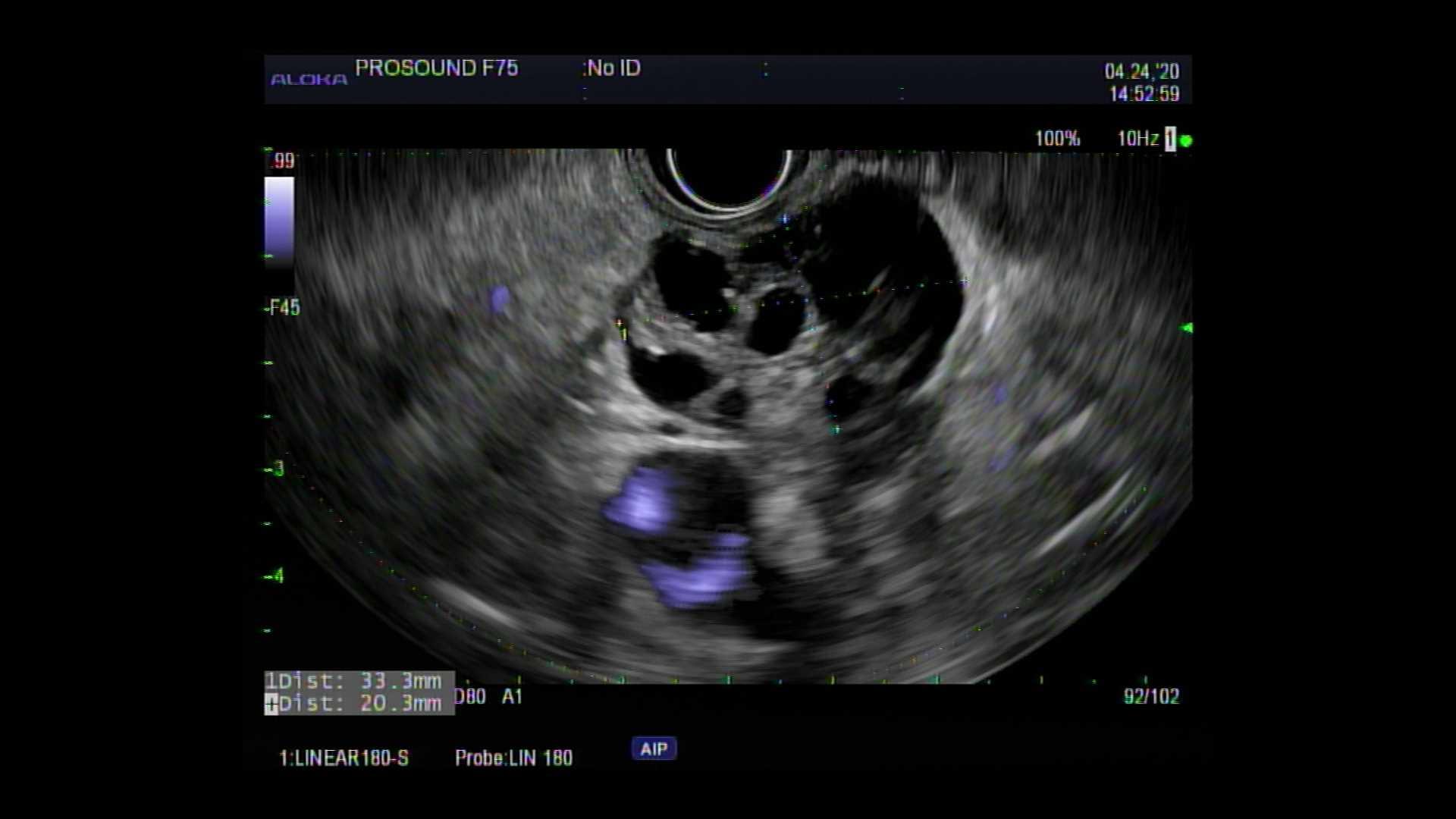 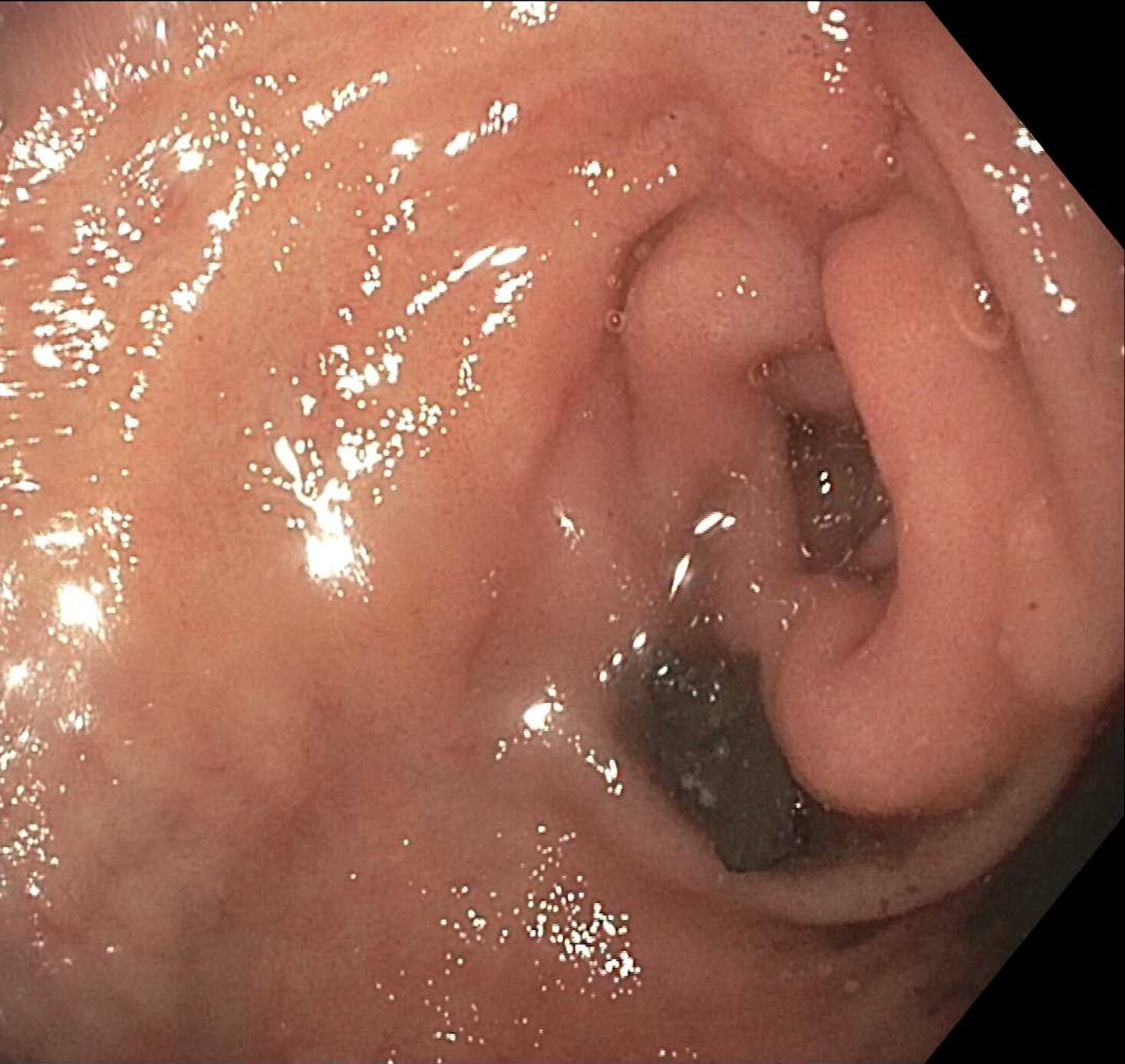 Severe stenosis in second part of the duodenum seen on Endoscopy.