P0367 (S0148). - Is the Quality of Bowel Preparation in Outpatient Colonoscopies Impacted by Holidays or Day of Procedure? 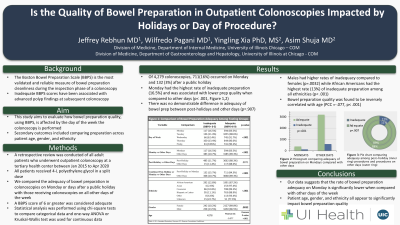 Introduction: The Boston Bowel Preparation Scale (BBPS) is the most validated and reliable measure of bowel preparation cleanliness during the inspection phase of a colonoscopy. Inadequate BBPS scores have been associated with advanced polyp findings at subsequent colonoscopy. This study aims to evaluate how bowel preparation quality, using BBPS, is affected by the day of the week the colonoscopy is performed.

Methods: A retrospective review was conducted of all adult patients who underwent outpatient colonoscopy at a tertiary health center between January 2015-April 2020. Patients with a history of colorectal cancer, colonic resection, or whose procedure was aborted due to complications other than poor bowel prep were excluded. All patients received 4-L polyethylene glycol in a split dose. We compared the adequacy of bowel preparation in colonoscopies on Monday or days after a public holiday with those receiving colonoscopies on all other days of the week. A BBPS score of 6 or greater was considered adequate. Secondary outcomes included comparing preparation across patient age, gender, and ethnicity. Statistical analysis was performed using chi-square tests to compare categorical data and one-way ANOVA or Kruskal-Wallis test was used for continuous data, as appropriate. Pearson Correlation Coefficient (PCC) was used to compare the association between BBPS and age. 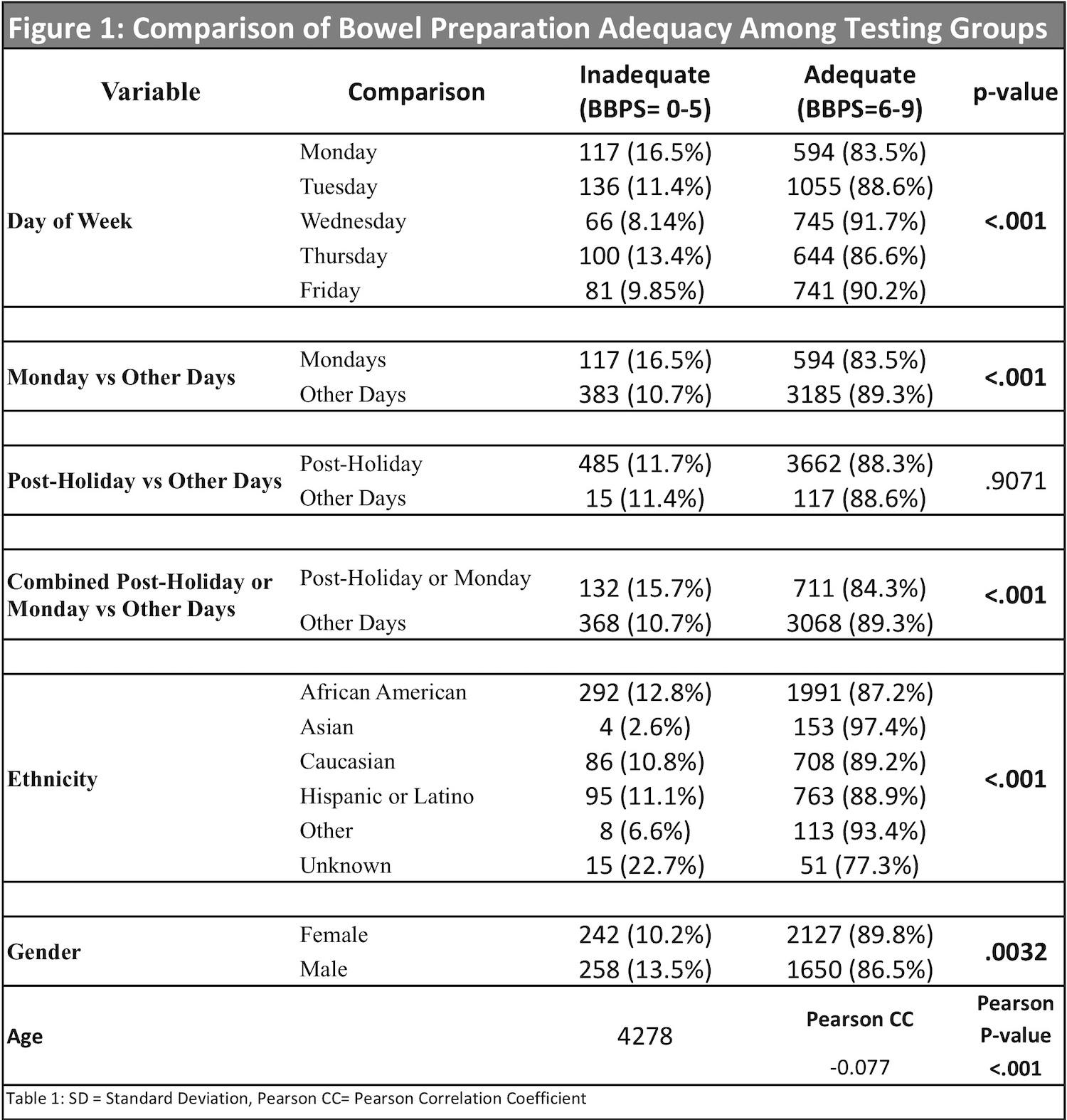