P0366 (S0147). - Comparison of Efficacy of Split Bowel Preparation Between the Morning and Afternoon Colonoscopies 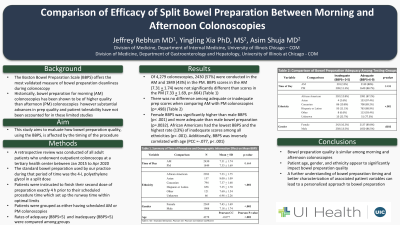 Introduction: The Boston Bowel Preparation Scale (BBPS) offers the most validated measure of bowel preparation cleanliness during colonoscopy. Historically, bowel preparation for morning (AM) colonoscopies has been shown to be of higher quality when compared to afternoon (PM) colonoscopies. However, substantial advances in prep quality and patient tolerability have not been accounted for in these limited studies. This study aims to evaluate how bowel preparation quality, using the BBPS, is affected by the timing of the procedure.

Methods: A retrospective review was conducted of all adult patients who underwent outpatient colonoscopy at a tertiary health center between January 2015-April 2020. The standard bowel preparation used by our practice during that period of time was the 4-L polyethylene glycol in a split dose. Patients were instructed to finish their second dose of preparation exactly 4 h prior to their scheduled procedure time which set up the runway time within optimal limits. Patients were grouped as either having scheduled AM or PM colonoscopies. Secondary objectives included comparing BBPS across patient age, gender, and ethnicity. Additionally, rates of adequacy and inadequacy were compared among groups. Statistical analysis was performed using chi-square tests to compare categorical data and one-way ANOVA or Kruskal-Wallis for continuous data. Pearson correlation analysis was used to compare BBPS and age. 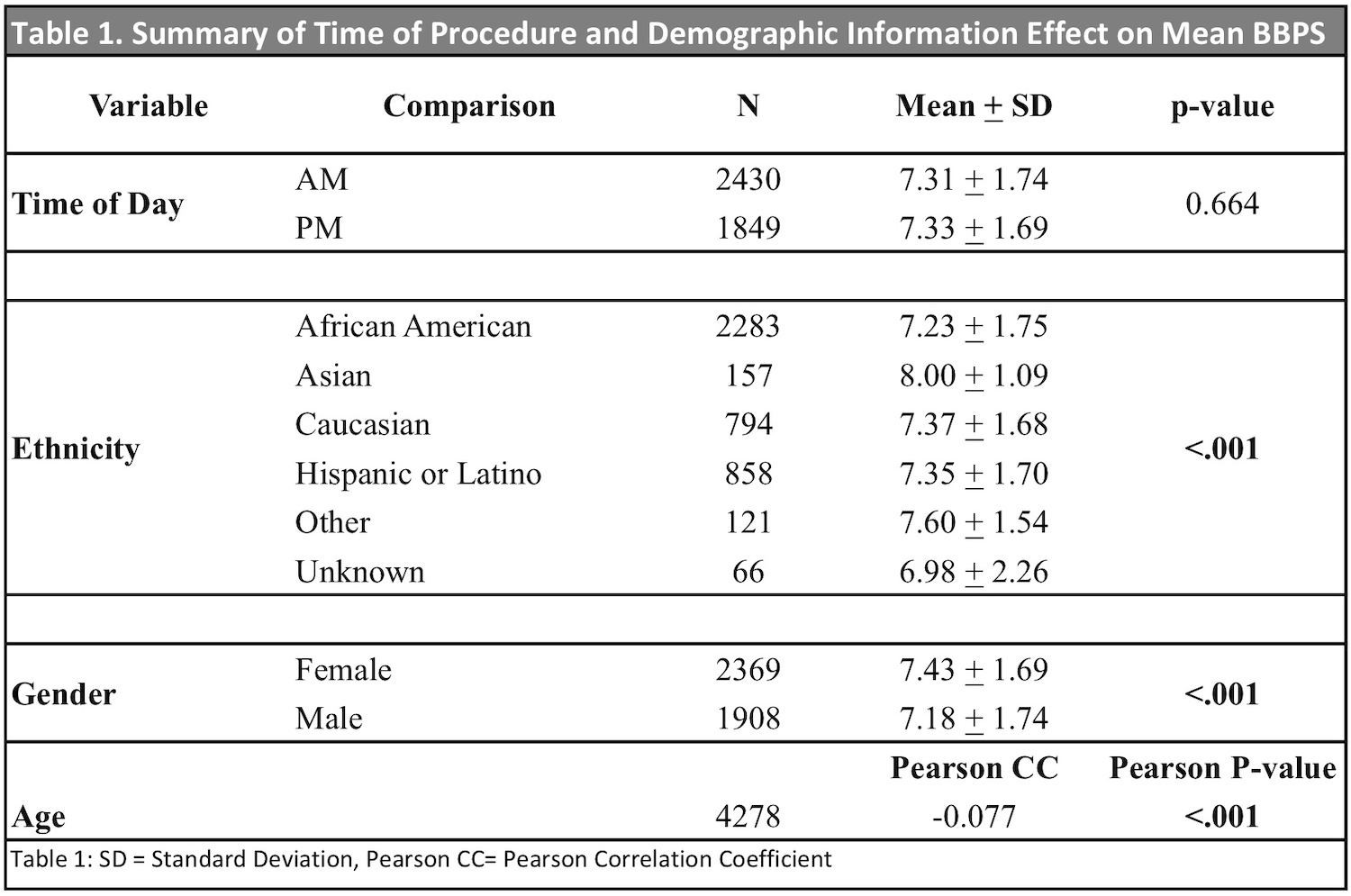 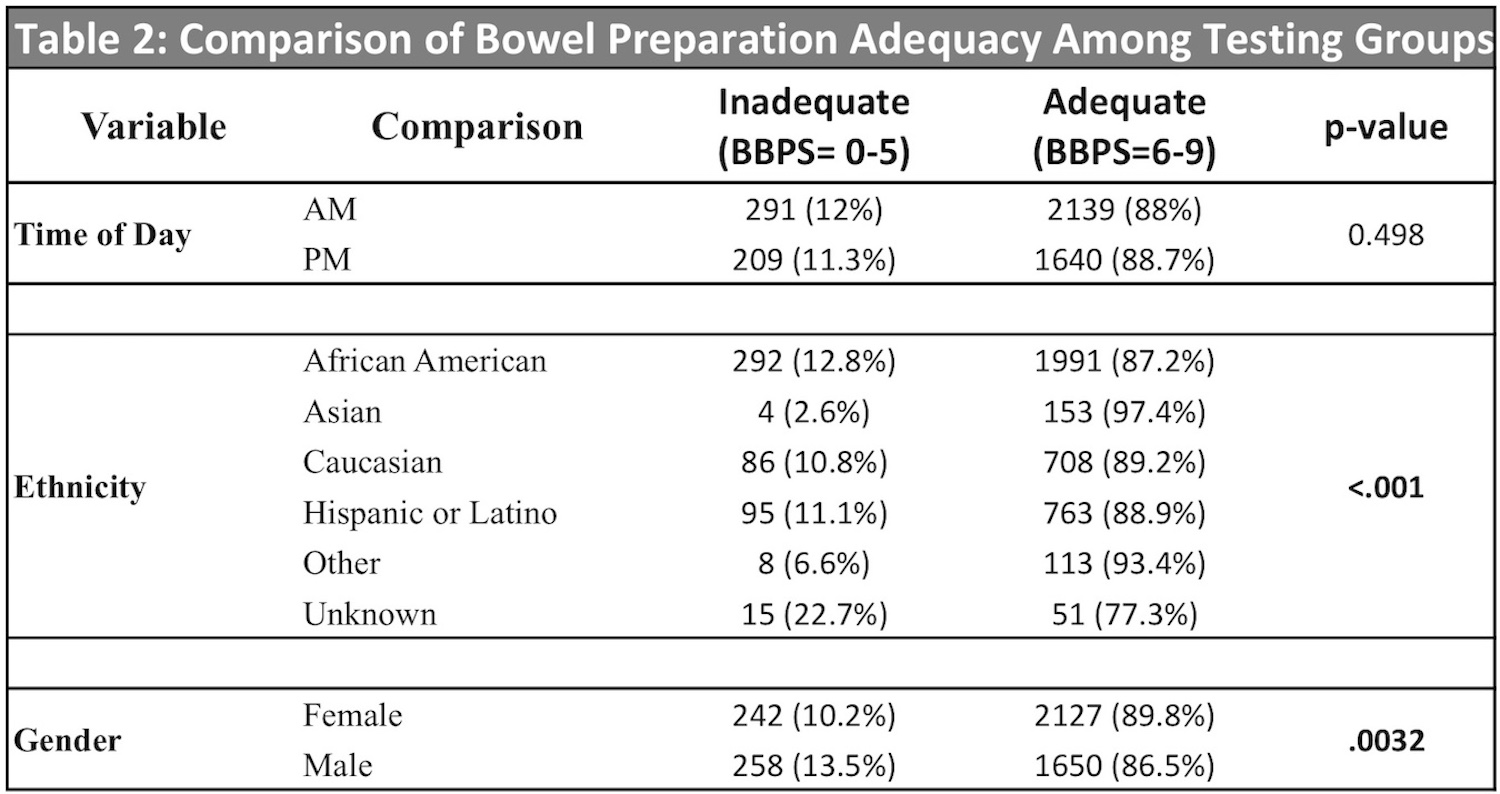