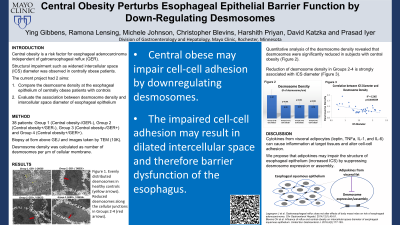 Introduction: Central obesity has been identified as a risk factor for esophageal adenocarcinoma (EAC). Accumulating evidence has shown that central obesity may promote EAC through a mechanism that is independent of gastroesophageal reflux (GER). We have previously described structural (dilated intercellular spaces [ICS]) and functional (increased fluorescein flux) esophageal barrier dysfunction in patients with central obesity without reflux. We aimed to explore the cellular mechanisms responsible for the dilation of ICS in a prospective cohort study.

Results: The mean ICS of groups 2-4 was substantially greater than that of group 1 (p value 0.001). Intercellular junctions in groups 2-4 had multiple regions that are devoid of desmosomes (Figure 1). Subjects in group 2 (Central Obesity +/GER-) exhibited a 42% reduction in desmosome density as compared to the control group 1 (Figure 2, p< 0.001). Group 3 (GER+/Central obesity-) also has a significant and similar decrease in desmosome density, suggesting that GER is another factor impacting the level of desmosomes. Intriguingly, the mean desmosome density in group 4 (Central Obesity +/GER+) is comparable to both groups 2 and 3, indicating that effects of central obesity and GER may converge on a common pathway that regulates desmosome expression/assembly (Figure 3).

Discussion: Central obesity independent of GER is associated with a significant reduction in desmosome density along the esophageal epithelium contributing to barrier dysfunction and potentiating mucosal injury. Molecular mechanisms by which central obesity and GER modulate desmosome assembly and cellular adhesion need to be studied. 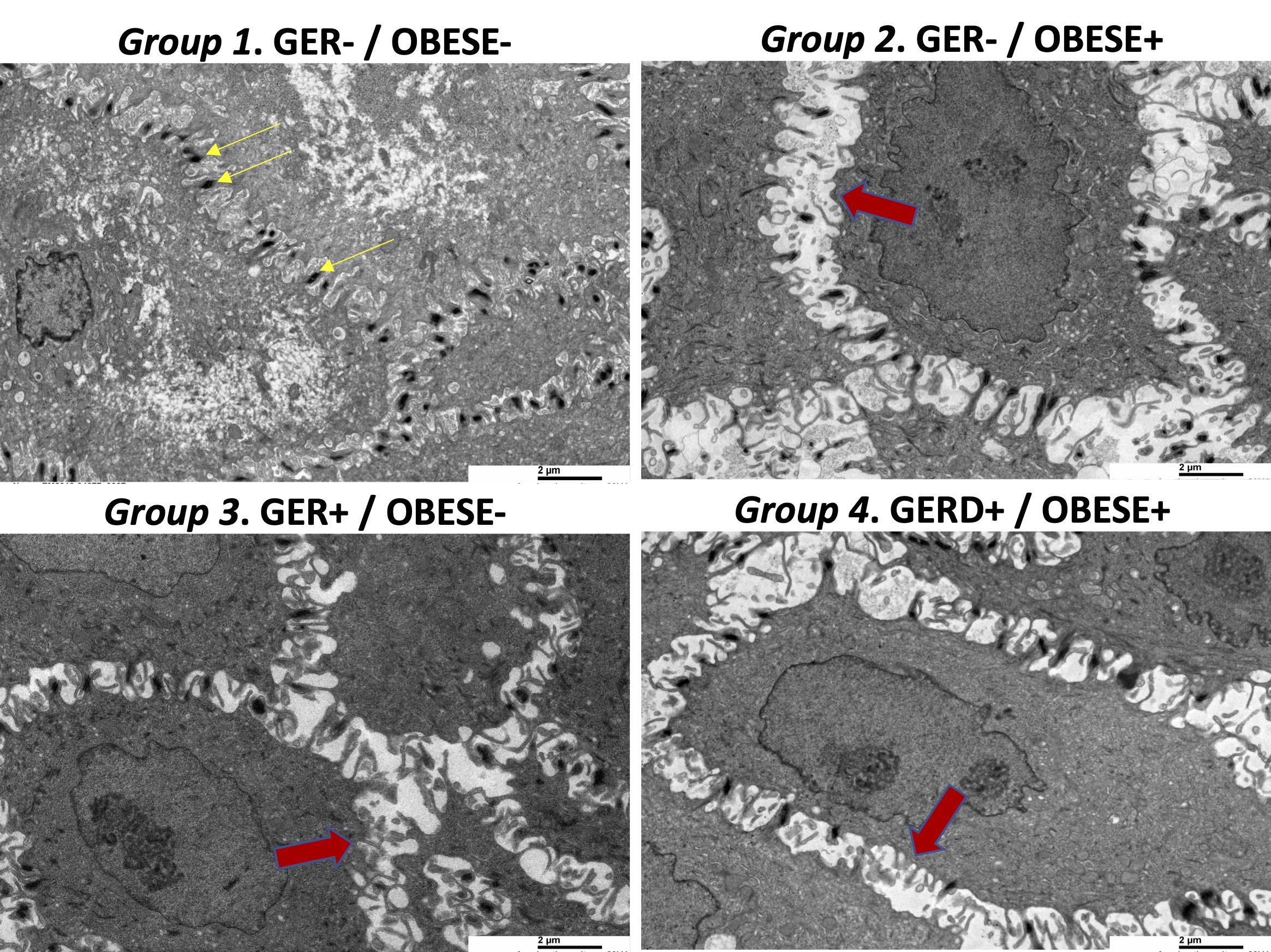 Figure 1. Cellular junctions of esophageal squamous epithelium of subjects from the 4 study groups captured by TEM (10K Magnification). Tissue samples were obtained at 5cm above GEJ. Intercellular space diameter is increased in Groups 2, 3 and 4 compared to Group 1. The dark, discrete structures along the intercellular junctions are desmosomes (yellow narrow arrows). Multiple regions in subjects with (either or both) central obesity and GER are devoid of desmosomes (red wide arrows). 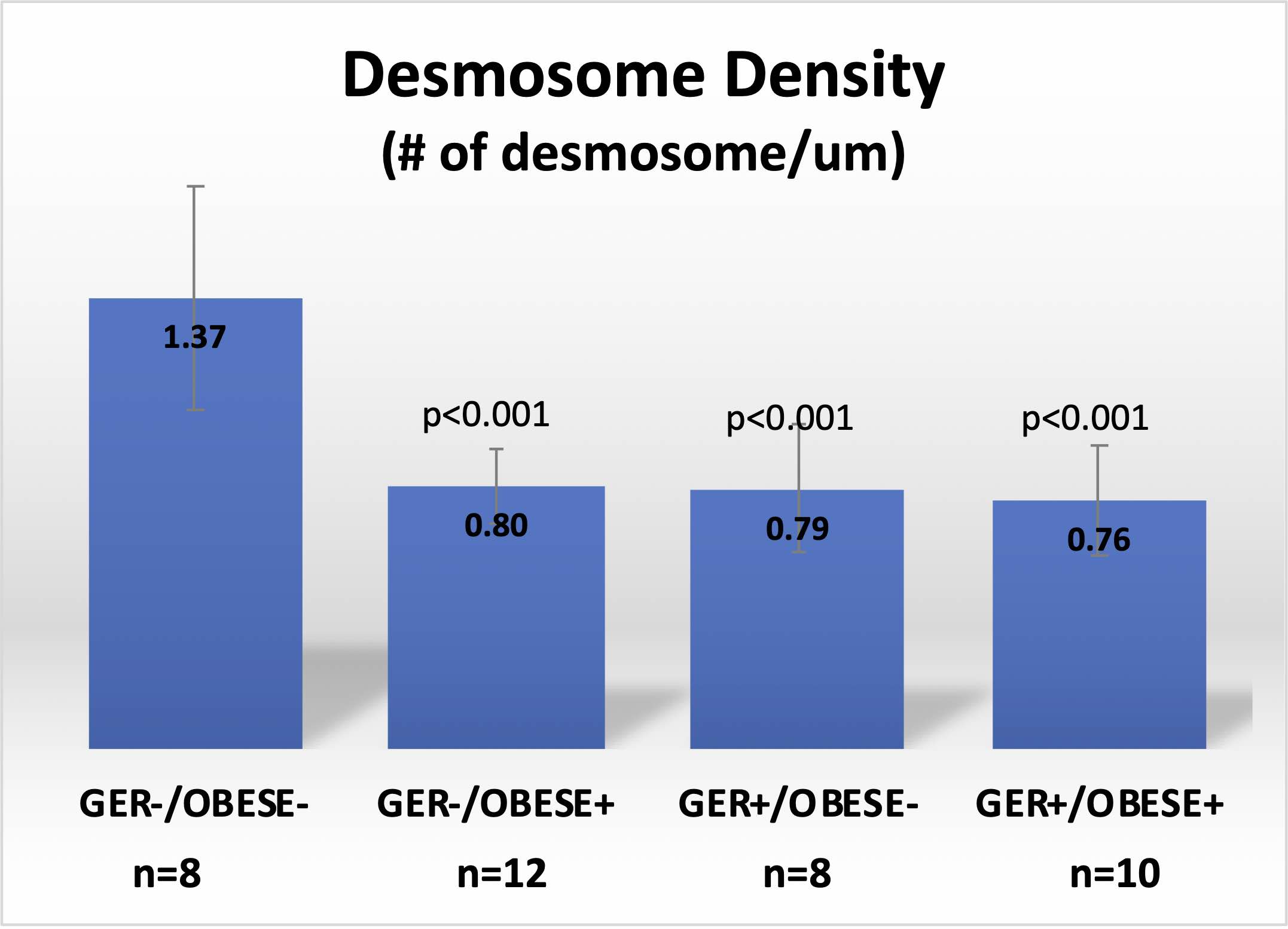 Figure 3. A proposed mechanism for how central obesity and GER may impact ICS by interfering with desmosome expression/assembly in the intercellular junctions.