P0769 (S0326). - The Strengths of Artificial Intelligence and Water Exchange Complement the Weaknesses of Each Other to Yield Significantly Higher Additional Polyp Detection and Lower False Alarm Rates 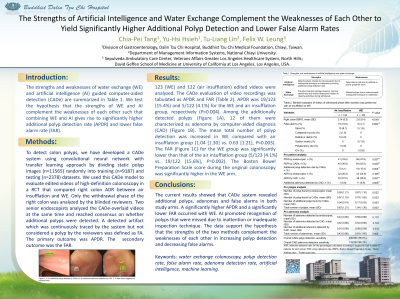 Introduction: The strengths and weaknesses of water exchange (WE) and artificial intelligence (AI) guided computer-aided detection (CADe) are summarized in Table 1. We test the hypothesis that the strengths of WE and AI complement the weaknesses of each other such that combining WE and AI gives rise to significantly higher additional polyp detection rate (APDR) and lower false alarm rate (FAR).

Methods: To detect colon polyps, we have developed a CADe system using convolutional neural network with transfer learning approach by dividing static polyp images (n = 5463) randomly into training (n = 4638) and testing (n = 825) datasets. We used this CADe model to evaluate edited videos of high-definition colonoscopy in a RCT that compared right colon ADR between air insufflation and WE. Only the withdrawal phase of the right colon was analyzed by the blinded reviewers. Two senior endoscopists analyzed the CADe-overlaid videos at the same time and reached consensus on whether additional polyps were detected. A detected artifact which was continuously traced by the system but not considered a polyp by the reviewers was defined as FA. The primary outcome was APDR. The secondary outcome was the FAR.

Conclusions: The current results showed that CADe system revealed additional polyps, adenomas and false alarms in both study arms. A significantly higher APDR and a significantly lower FAR occurred with WE. AI promoted recognition of polyps that were missed due to inattention or inadequate inspection technique. The data support the hypothesis that the strengths of the two methods complement the weaknesses of each other in increasing polyp detection and decreasing false alarms. 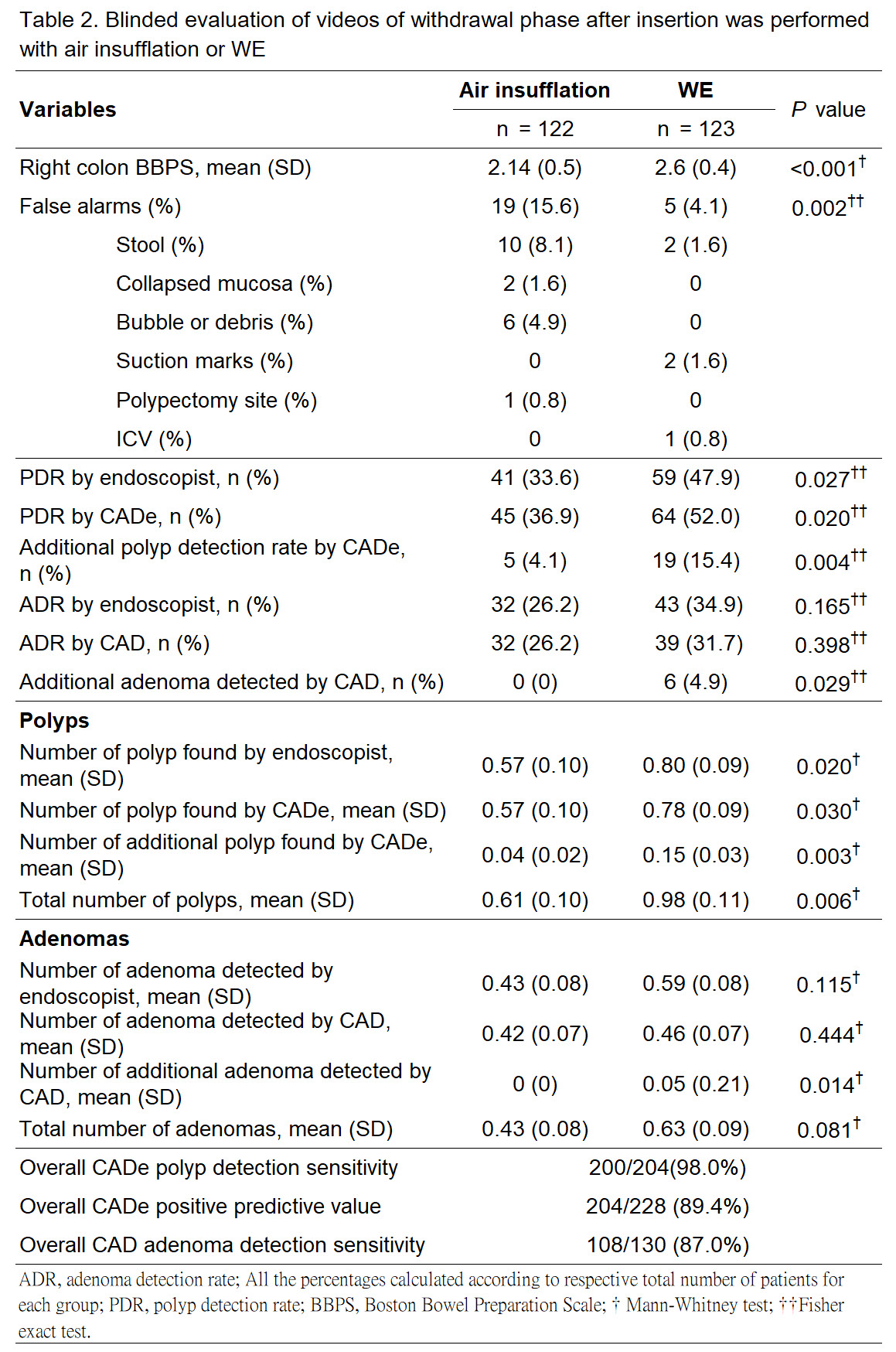