P0229 (S1473). - A Rock for the Ages: Giant Gastrolith Discovered in a Remnant Stomach After Gastric Bypass 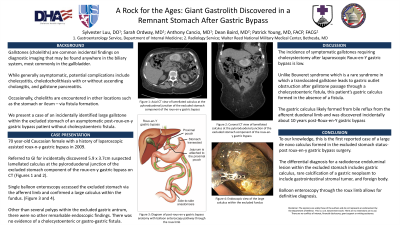 Introduction: Gallstones (choleliths) are common incidental findings on diagnostic imaging that may be found anywhere in the biliary system, most commonly in the gallbladder. While generally asymptomatic, potential complications include cholecystitis, choledocholithiasis with or without ascending cholangitis, and gallstone pancreatitis. Occasionally, choleliths are encountered in other locations such as the stomach or ileum, generally as the result of fistula formation. We present a case of an incidentally identified suspected large gallstone within the excluded stomach of an asymptomatic post-Roux-en-Y gastric bypass patient without cholecystoenteric fistula.

Methods: A 70 year-old Caucasian female with a history of laparoscopic assisted roux-n-y gastric bypass in 2009 was referred to GI after an incidentally discovered radiodensity (CT attenuation value equal to 99 Hounsfield units) within the excluded stomach found on a CT IVP ordered for the evaluation of nephrolithiasis. The CT revealed a “5.9 x 3.7cm lamellated calculus at the pyloroduodenal junction of the excluded stomach component of the roux-en-y gastric bypass.”

We performed single balloon enteroscopy to access the excluded stomach via the afferent limb and confirmed a large calculus within the fundus. Other than a several polyps within the excluded gastric antrum, there were no other remarkable endoscopic findings. There was no evidence of a cholecystoenteric or gastro-gastric fistula.

Discussion:
The incidence of symptomatic gallstones requiring cholecystectomy after laparoscopic Roux-en-Y gastric bypass is low. Unlike Bouveret syndrome which is a rare syndrome in which a translocated gallstone leads to gastric outlet obstruction after gallstone passage through a cholecystoenteric fistula, this patient’s gastric calculus formed in the absence of a fistula. The gastric calculus likely formed from bile reflux from the afferent duodenal limb and was discovered incidentally about 10 years post-Roux-en-Y gastric bypass. To our knowledge, this is the first reported case of a large de novo calculus formed in the excluded stomach status-post Roux-en-Y gastric bypass surgery. The differential diagnosis for a radiodense endoluminal lesion within the excluded stomach includes gastric calculus, rare calcification of a gastric neoplasm to include gastrointestinal stromal tumor, and foreign body. Balloon enteroscopy through the roux limb allows for definitive diagnosis. 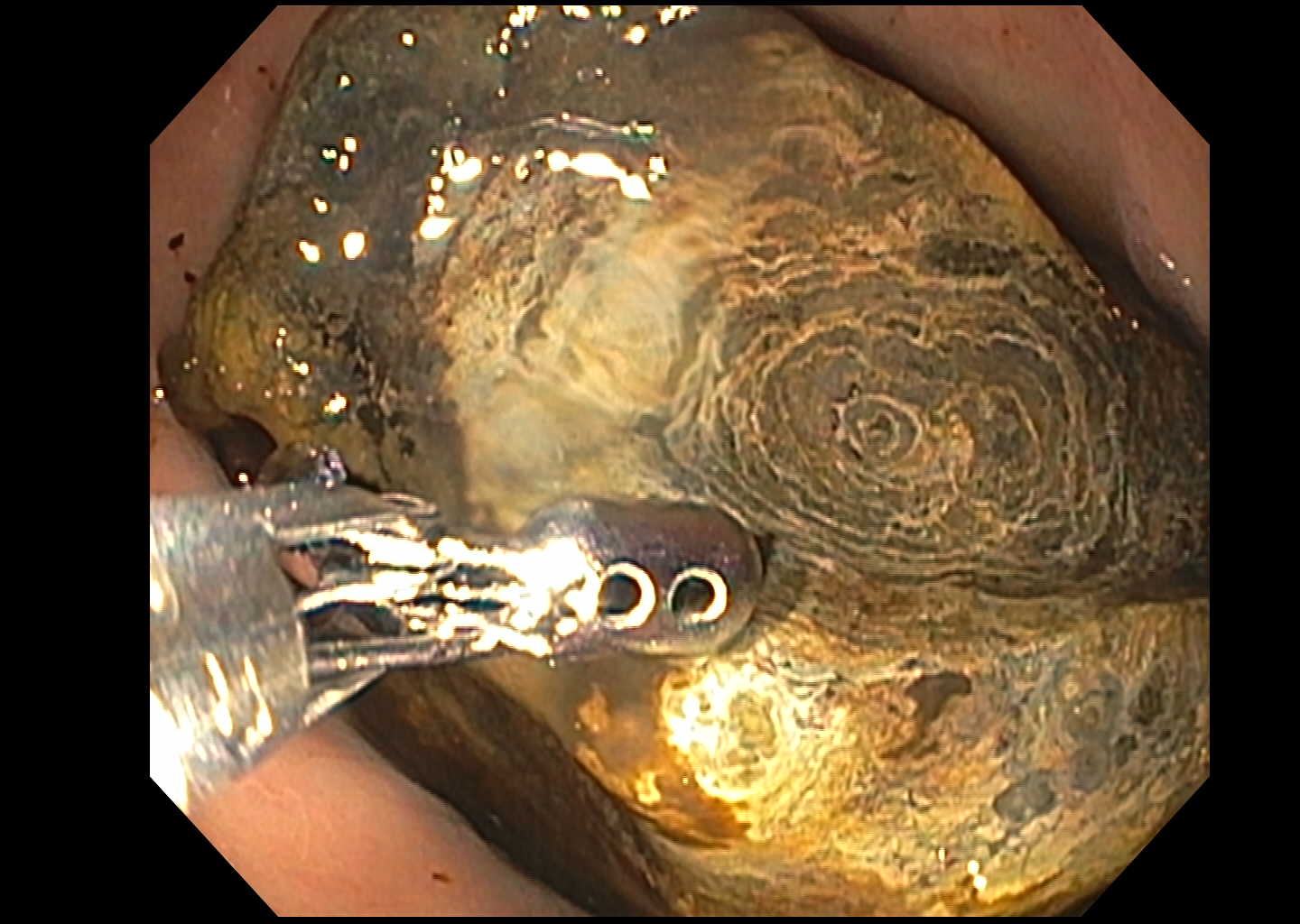 Endoscopic view of lamellated gastric calculus within the excluded stomach 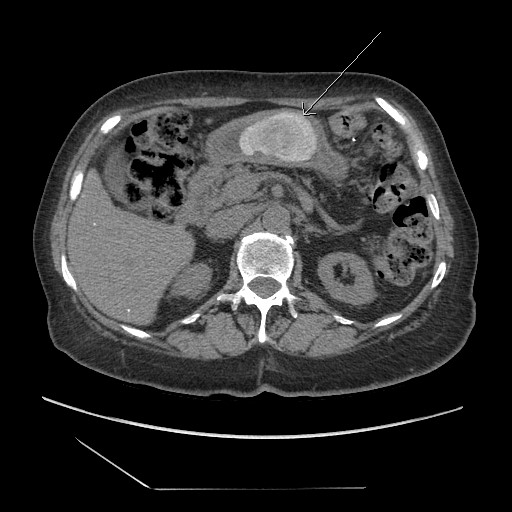