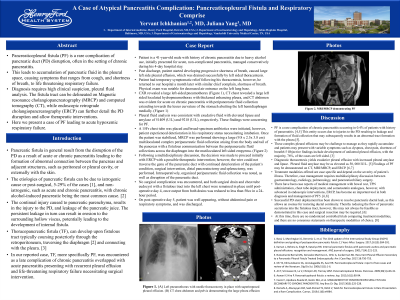 Introduction: Pancreaticopleural fistula (PF) is a rare complication of pancreatic duct (PD) disruption, often in the setting of chronic pancreatitis. The fistula tract can be delineated on Magnetic resonance cholangiopancreatography (MRCP) and computed tomography (CT), while endoscopic retrograde cholangiopancreatography (ERCP) can further detail the PD disruption and allow therapeutic interventions.

Methods: Here we present a case of 41-year-old male with history of chronic pancreatitis due to heavy alcohol use, who initially presented for acute, non-complicated pancreatitis, managed conservatively during his 4-day hospital stay. However, post hospital discharge patient developed shortness of breath and eventually, respiratory distress due to recurrent left lung pleural effusion (Figure 1) consistent with exudative fluid [lipase 51409 (U/L), amylase 9218 (U/L)]. Initially, patient underwent thoracentesis resulting in symptomatic relief, yet, upon pleural effusion recurrence, patient was hospitalized and intubated due to respiratory distress. ERCP with a possible pancreatic duct directed therapeutic intervention was planned; however, wire could not traverse the genu of the pancreatic duct. Upon multidisciplinary discussion, the plan was made to proceed with surgical distal pancreatectomy and splenectomy, during which pseudocyst with a fistulous tract into the left chest was noted, as was demonstrated on MRCP as well (Figure 2). No surgical complication was encountered, and both surgical drain and chest tube were remained in place until output from both drains was noted at post-operative day 4. After discharge, the patient recovered uneventfully.

Discussion: PF is a rare complication of chronic pancreatitis occurring in 0.4% of patients with history of pancreatitis, with the pancreatic duct disruption being the underling pathophysiology.  Endoscopic interventions such as PD stent deployment has been shown to be an effective management, however, complications leading to life threatening respiratory compromise might necessitate surgical intervention. 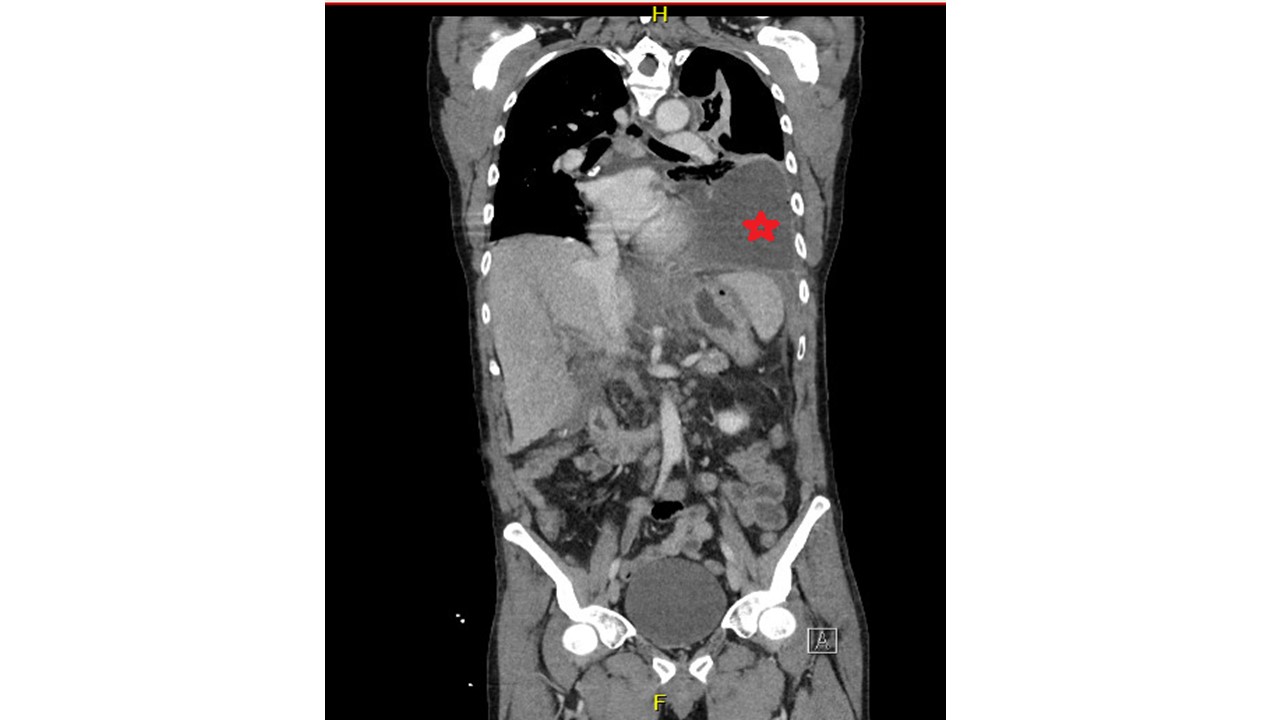 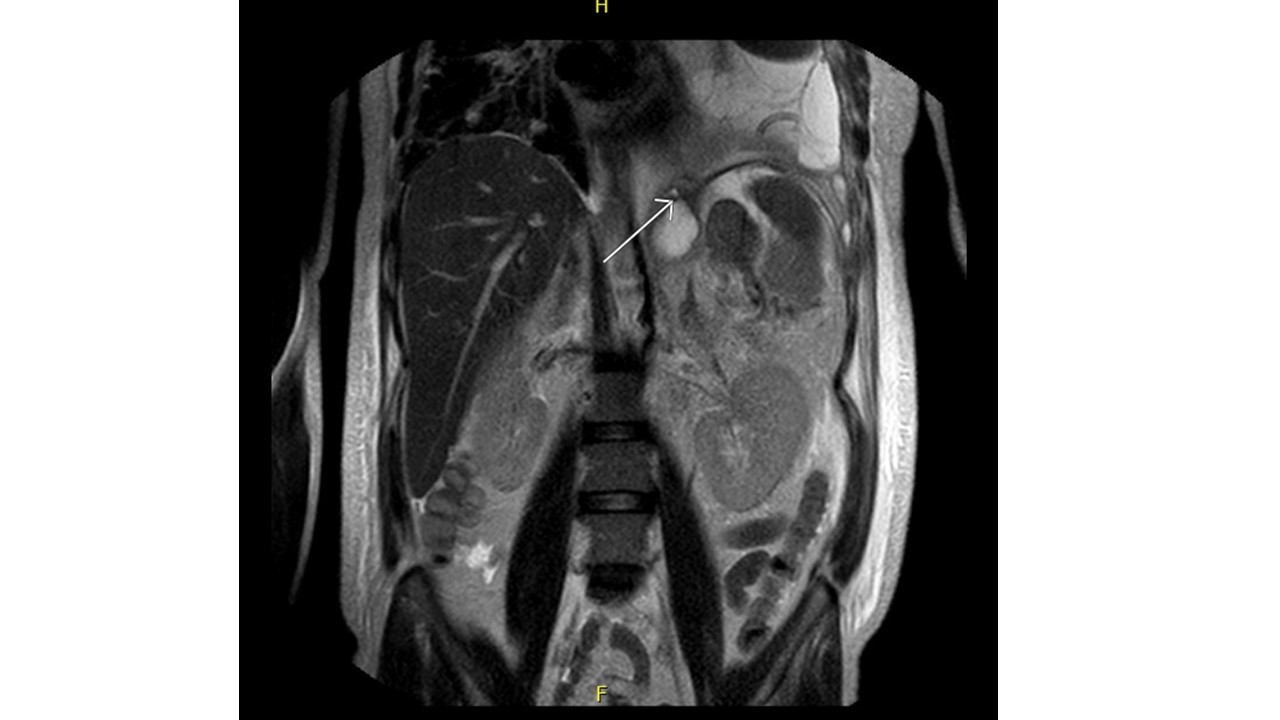