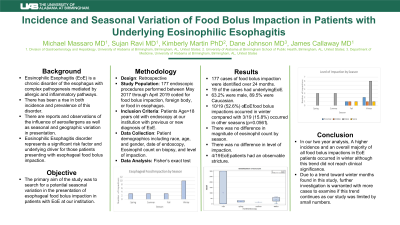 Introduction: Eosinophilic Esophagitis (EoE) is a chronic disorder of the esophagus characterized as a condition with esophageal symptoms such as dysphagia and an identifiable eosinophilic infiltrate on biopsies in the absence of other etiology.  Studies into the reason for the recent rise in incidence and prevalence have discussed the environmental factors that may be associated with the disorder with the pathogenesis thought to be a combination of inflammatory and allergy mediated.  In this setting, reports have found that cases can be provoked by aeroallergens and the observation of seasonal variation and geographic variation in presentation.  The primary aim of this study was to search for a potential seasonal variation in the presentation of esophageal food bolus impaction in patients with EoE.

Methods: A retrospective analysis of endoscopies completed from May 2017 through April 2019 for foreign body removal or with food found in the esophagus was performed.  The study identified a total of 177 cases with 19 cases of esophageal food bolus impaction in patients with established or newly identified EoE.  Cases were analyzed regarding seasonal variation in incidence of food bolus impaction and demographic data and variables such as eosinophil count on biopsy and level of impaction were also analyzed using Fisher’s exact test.

Results: The overall incidence of esophageal food impaction in cases of EoE was higher in the winter with 10/19 (52.6%) of overall cases occurring in winter compared to 3/19 (15.8%) in other seasons although this did not reach statistical significance (p=0.0561).  63.2% of the patients were male and 89.5% were white.  The difference in eosinophil count and level of impaction did not significantly vary by season (p=0.5885 and 0.4250). There were four observable strictures found in the group.

Discussion: In our study there was a higher incidence of food impaction in the winter season but this did not reach statistical significance. No difference was found in the magnitude of the eosinophilic infiltrate in biopsy specimens by season or by level of impaction.   Previous studies have had differing findings on the role of aeroallergens in the pathophysiology and presentation of EoE as well as the presence of seasonal variation and the specific season.  Due to these varied findings and small numbers in our study, ongoing evaluation is warranted to shed further light on the presence of possible seasonal variation and the impact environment has on EoE. 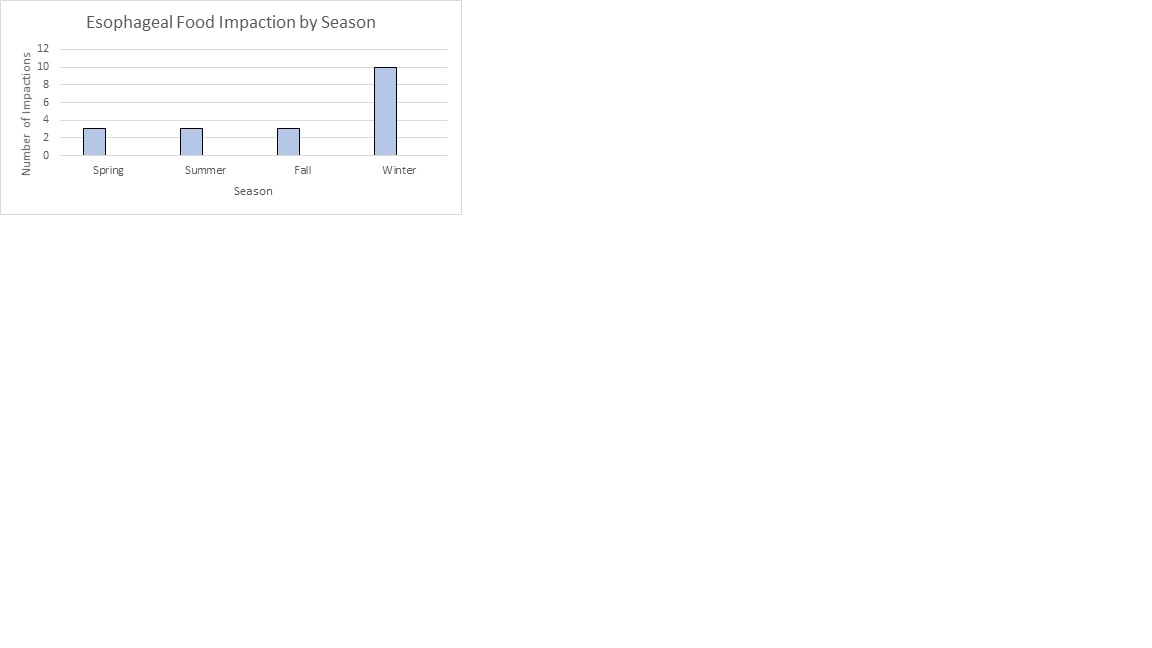 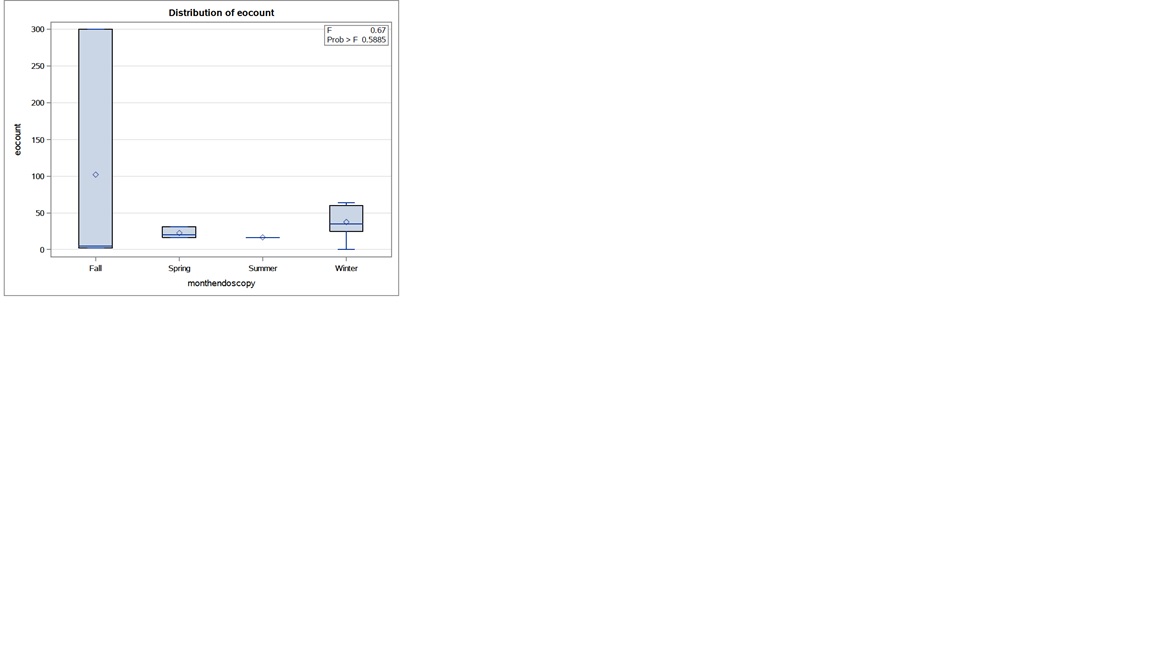 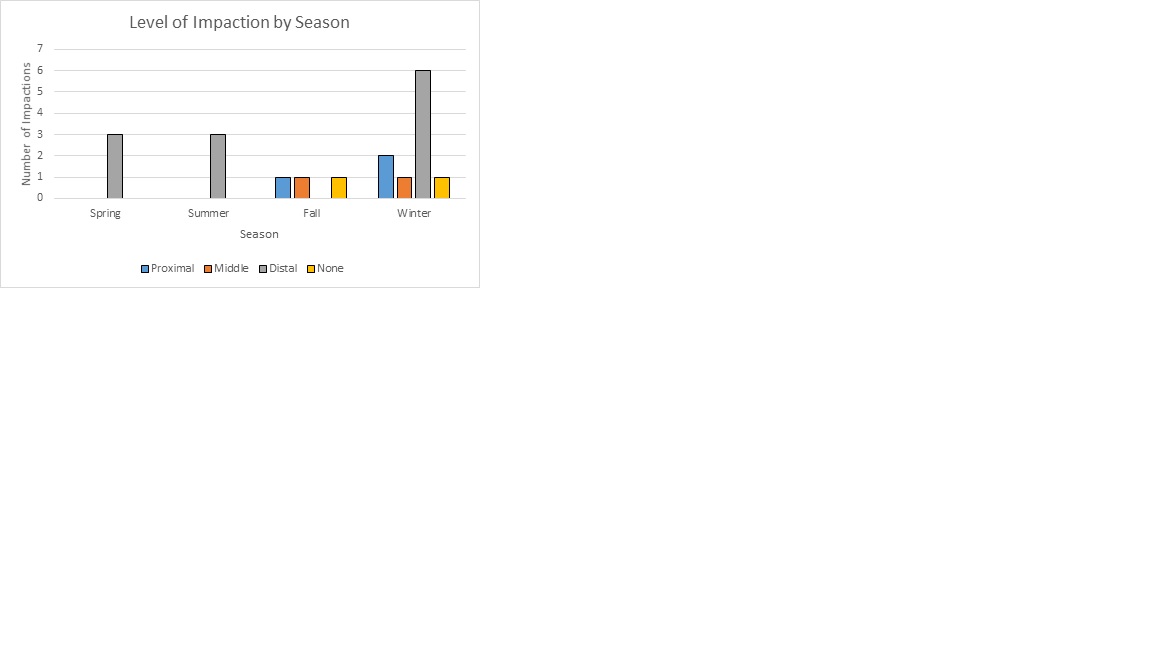