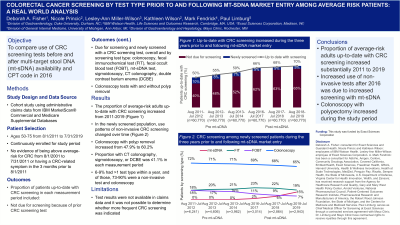 Methods: IBM MarketScan claims databases were used to examine CRC screening during 8/1/2011-7/31/2019 (measurement period). The study cohort included patients age 50-75 years during the measurement period who remained enrolled in their health plan for 10 years prior (pre-period). Patients at high-risk for CRC during the pre-period were excluded. The proportion with CRC screening was reported overall and by type (colonoscopy, fecal immunochemical test [FIT], fecal occult blood test [FOBT], mt-sDNA, sigmoidoscopy, CT colonography, double contrast barium enema [DCBE]) during a three-year pre-mt-sDNA period (8/1/2011–7/31/2014), and a three-year period post-mt-sDNA CPT code availability (8/1/2016–7/31/2019). Screening by test type was reported among patients newly screened in each year (i.e. removing those with colonoscopy in prior 10 years, FIT or FOBT in prior year, mt-sDNA in prior three years, or sigmoidoscopy, colonography, or DCBE in prior five years).

Results: Retrospective review identified 60,770 patients for inclusion. Of these, 50%-70% were up to date with screening (including those with prior screening and newly screened in the year) and the proportion increased each year (Table 1). Among patients newly screened, utilization patterns changed over time relative to pre-post mt-sDNA (Figure 1). While FIT remained steady, colonoscopy and FOBT declined (proportion with colonoscopy was 71-72% in 2011-2014 and 65-69% in 2016-2019; proportion with FOBT was 16-18% in 2011-2014 and 7%-11% in 2016-2019) and mt-sDNA uptake increased (2% in 2016 to 15% in 2018). Approximately 6-9% had >1 test type within a year, and of those, 73-90% were a non-invasive test and colonoscopy, with the rest being other combinations. Colonoscopy with polyp removal increased each year; conversely colonoscopy without polyp removal decreased each year (Figure 2).

Discussion: Results suggest that while some CRC screening tests had reduced relative utilization, the proportion of patients up to date with CRC screening increased.  Overall increase in utilization of non-invasive tests after 2016 was largely due to mt-sDNA. 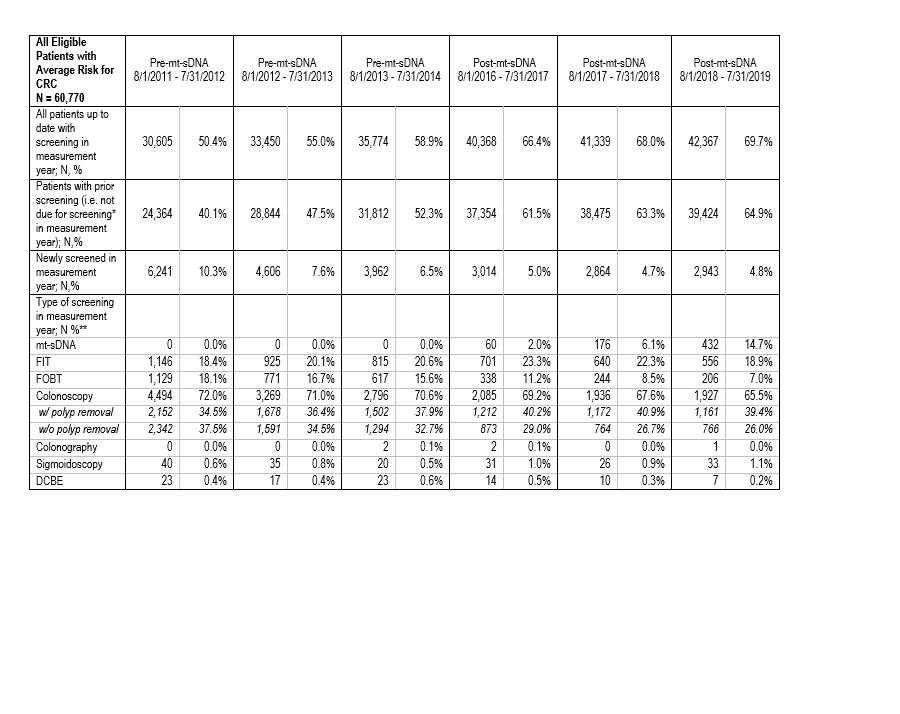 Table 1: CRC Screening During the Three Years Prior to and Following mt-sDNA Market Entry Among Average-Risk Patients (N = 60,770)

* Patients were not due for screening in the measurement year if they had a colonoscopy in the prior 10 years, FIT or FOBT in the prior year, mt-sDNA in the prior three years, or sigmoidoscopy, colonography, or DCBE in the prior five years

**Percent totals add to greater 100% of patients newly screened because patients may have more than one type of CRC screening test within the year period. 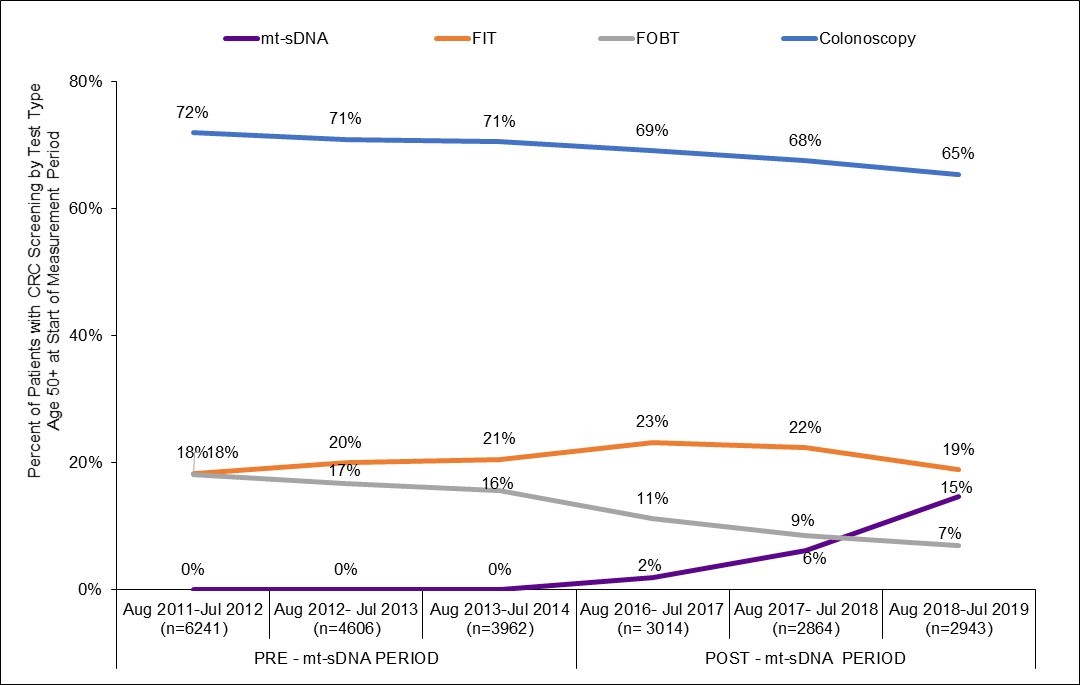 Figure 1: Colonoscopy, FIT, FOBT, and mt-sDNA Screening During the Three Years Prior to and Following mt-sDNA Market Entry 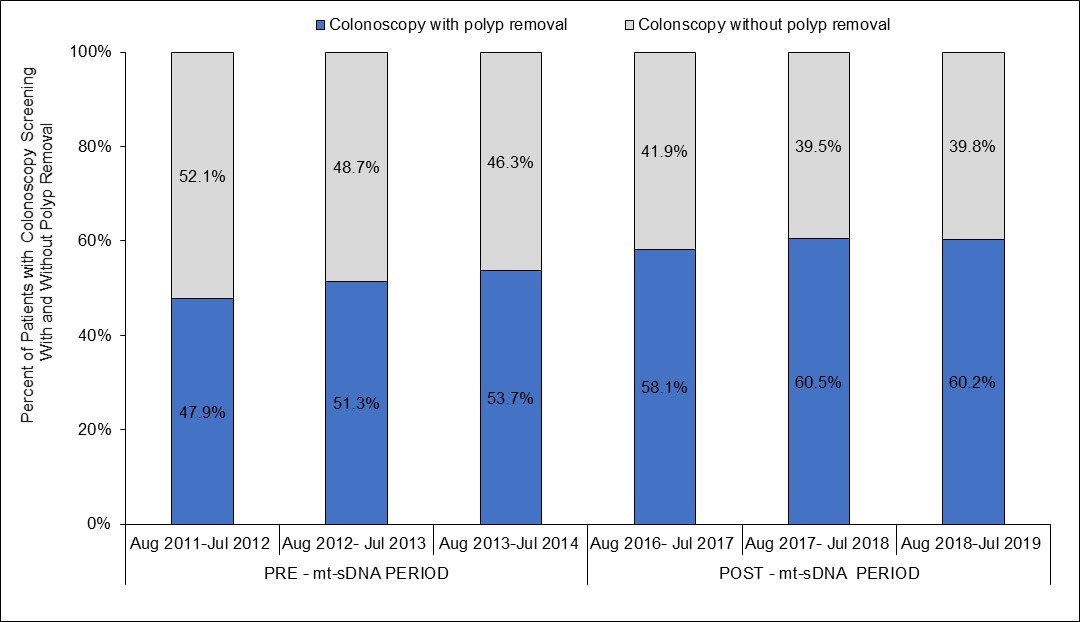 Figure 2: Colonoscopy Screening With and Without Polyp Removal During the Three Years Prior to and Following mt-sDNA Market Entry