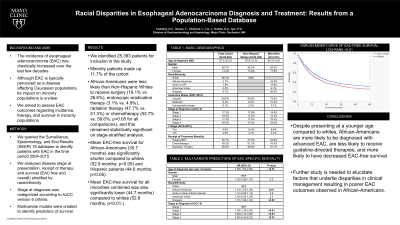 Introduction: The incidence of esophageal adenocarcinoma (EAC) has drastically increased over the last few decades. Although EAC is typically perceived as a disease affecting Caucasian populations, its impact on minority populations is unclear. We aimed to assess EAC outcomes regarding incidence, therapy, and survival in minority populations.

Methods: We queried the Surveillance, Epidemiology, and End Results (SEER) 18 database to identify patients with EAC in the time period 2004-2015. We analyzed disease stage at presentation, receipt of therapy, and survival (EAC free and overall) stratified by race/ethnicity. Stage at diagnosis was categorized according to AJCC version 6 criteria. Multivariate models were created to identify predictors of survival.

Discussion: Despite presenting at a younger age compared to whites, African-Americans are more likely to be diagnosed with advanced EAC, are less likely to receive guideline-directed therapies, and have decreased EAC-free survival. Further study is needed to elucidate factors that underlie disparities in clinical management resulting in poorer EAC outcomes observed in African-Americans. 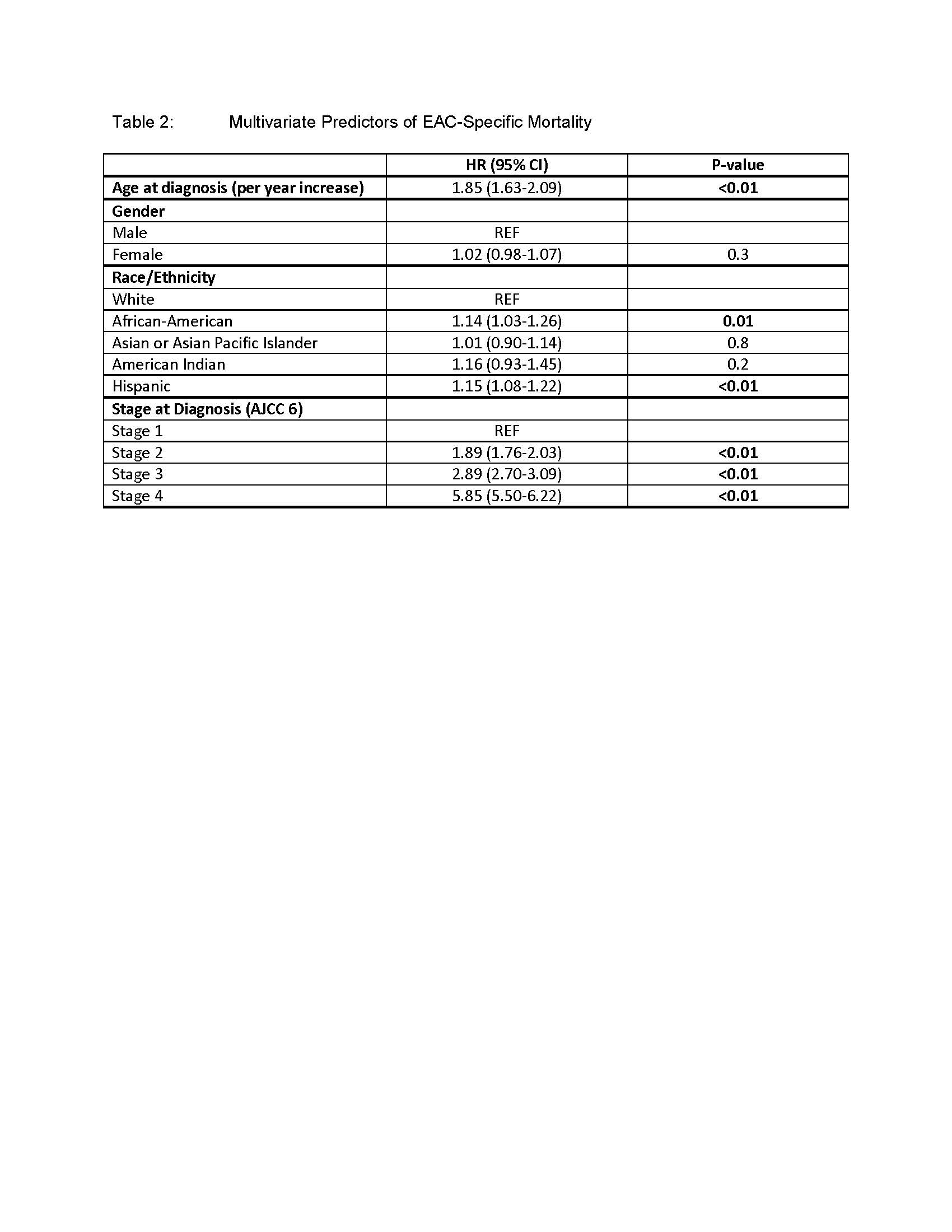 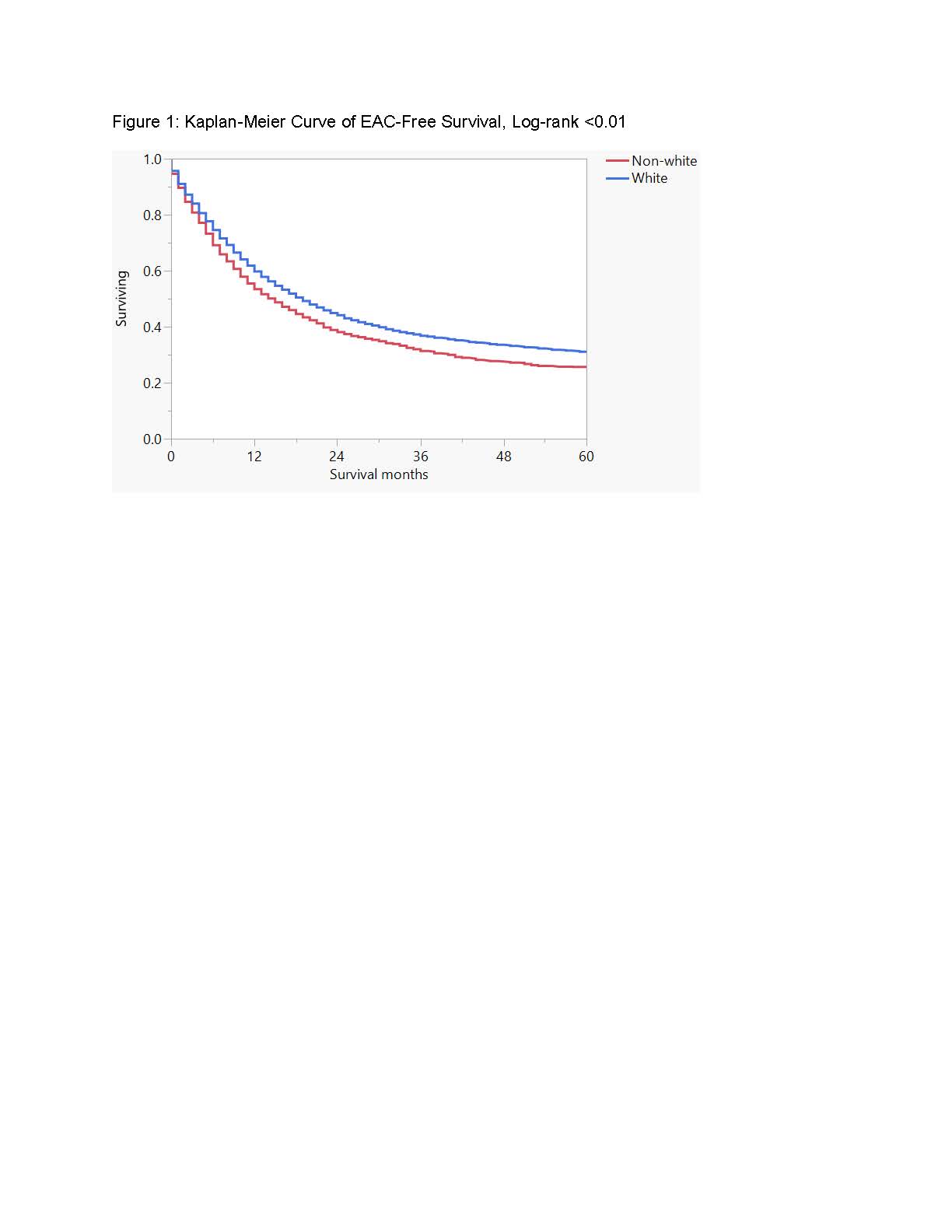