P0712 (S1834). - A Case of Neutropenic Enterocolitis With a Hyperinflammatory Twist 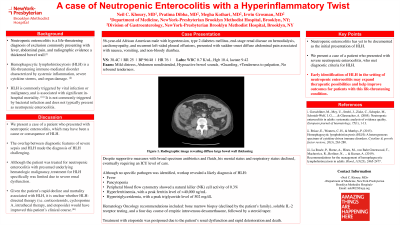 Introduction: Neutropenic enterocolitis is a life-threatening diagnosis of exclusion commonly presenting with fever, abdominal pain, and radiographic evidence a thickened bowel wall (1). Hemophagocytic lymphohistiocytosis (HLH) is a life-threatening immune-mediated disorder characterized by systemic inflammation, severe cytokine storms, and organ damage (2). HLH is commonly triggered by viral infection or malignancy and is associated with significant in-hospital mortality (3). It is not commonly triggered by bacterial infection and does not typically present as neutropenic enterocolitis. We present a case of a patient who presented with neutropenic enterocolitis, which may have been a cause or consequence of HLH.

Methods: A 56-year old African American male with hypertension, type 2 diabetes mellitus, end-stage renal disease on hemodialysis, cardiomyopathy, and recurrent left-sided pleural effusions, presented with sudden-onset diffuse abdominal pain associated with nausea, vomiting, and non-bloody diarrhea. On admission, he was febrile and tachypneic. On exam, he appeared to be in pain. His abdomen was nondistended with hypoactive bowel sounds. He exhibited guarding, and there was tenderness to palpation, however there was no rebound tenderness. His labs were significant for bicytopenia (leukopenia and anemia), and a lactate of 9.42 mmol/L. CT scan of the abdomen and pelvis was consistent with enterocolitis (Figure 1). Despite supportive measures with broad spectrum antibiotics and fluids, his mental status and respiratory status declined, eventually requiring an ICU level of care. Although no specific pathogen was identified, workup revealed a likely diagnosis of HLH. Patient was treated with intravenous steroids, followed by a steroid taper. Treatment with etoposide was postponed due to the patient’s renal dysfunction, rapid deterioration and death. 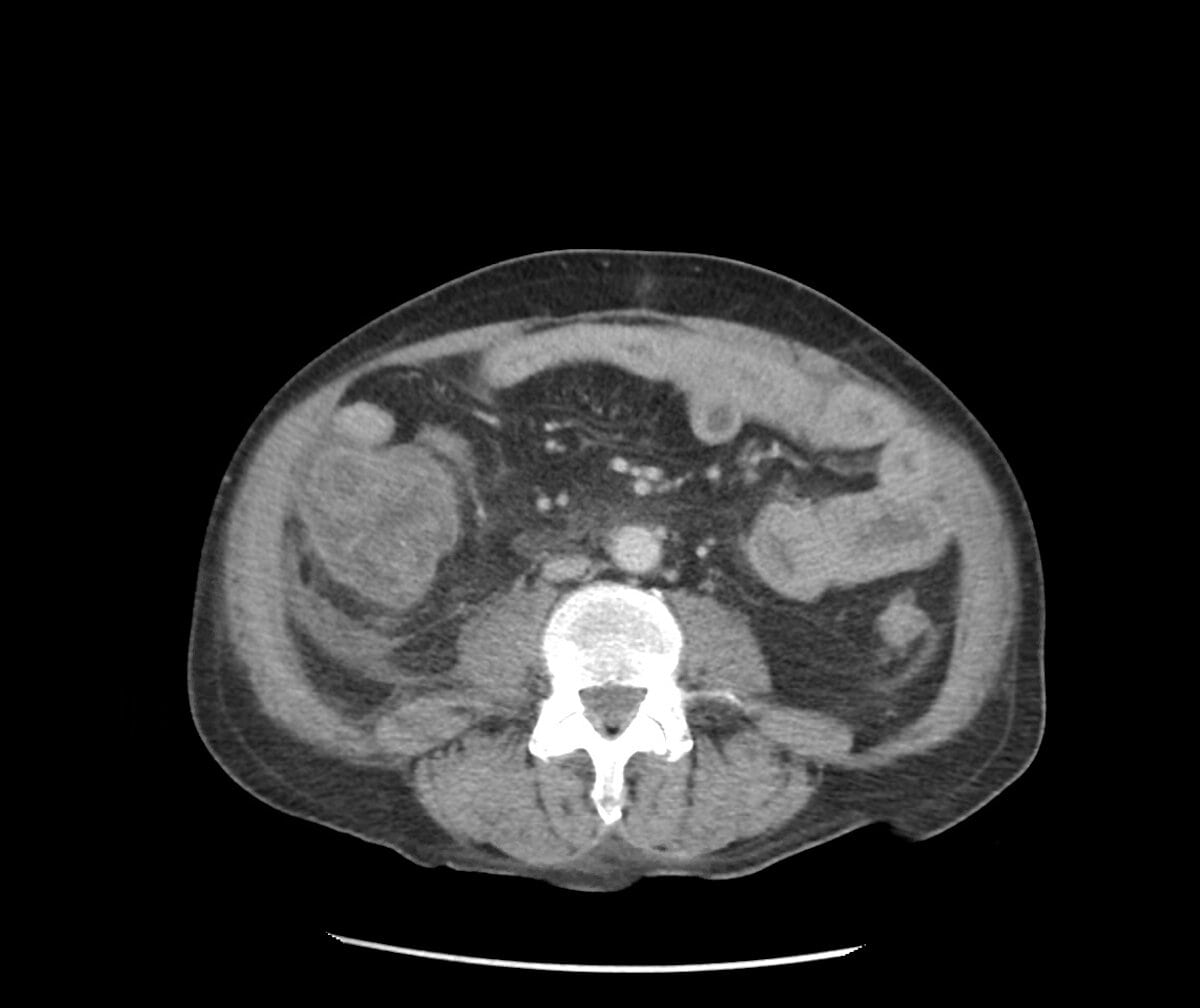