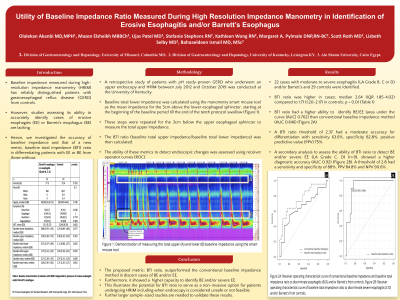 Introduction: Previous studies showed adequate ability of baseline impedance measured during high-resolution impedance manometry (HRIM) to distinguish patients with gastroesophageal acid reflux disease (GERD) from controls. However, its role in erosive esophagitis or Barrett’s esophagus is uncertain. We investigated the accuracy of baseline impedance and a new metric; baseline total impedance (BTI) ratio in differentiating patients with erosive esophagitis or Barrett’s from those without.

Methods: We retrospectively included patients with pH study proven GERD, who underwent an upper endoscopy and HRIM at the University of Kentucky between 7/2012 to 10/2019. Baseline total lower impedance was calculated using the manometry smart mouse tool as the mean impedance for the 3 cm above the lower esophageal sphincter, starting at the beginning of the baseline period till the end of the tenth protocol swallow (Figure 1). These steps were repeated for the 3 cm below the upper esophageal sphincter to measure the total upper impedance. The BTI ratio (upper: lower) was then calculated. The ability of these metrics to detect endoscopic changes was assessed using receiver operator curves (ROC).

Discussion: Our proposed BTI ratio outperformed the conventional baseline impedance method in distinguishing Barrett’s and/or esophagitis. It further showed higher capacity for identification of Barrett’s and/or severe esophagitis. This metric can serve as a non-invasive option for patients undergoing HRIM or when endoscopy is considered risky. Further studies with larger sample size are needed to validate the results. 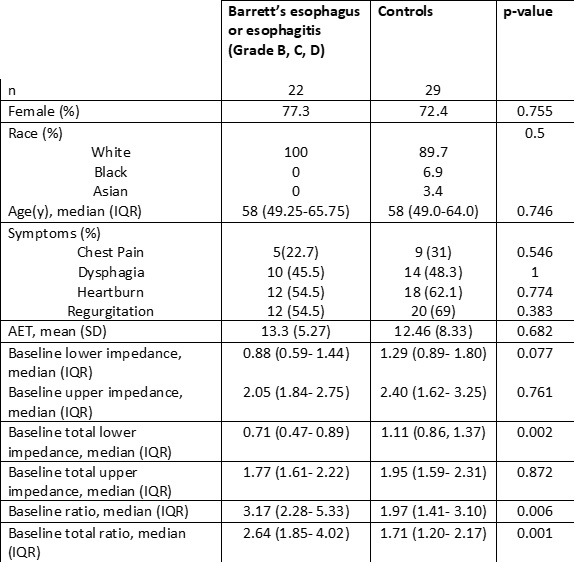 Table 1: Baseline characteristics of patients with GERD categorized by presence of erosive esophagitis and/or Barrett’s esophagus

Figure 1: Demonstration of measuring the total upper (A) and lower (B) baseline impedance using the smart mouse tool. 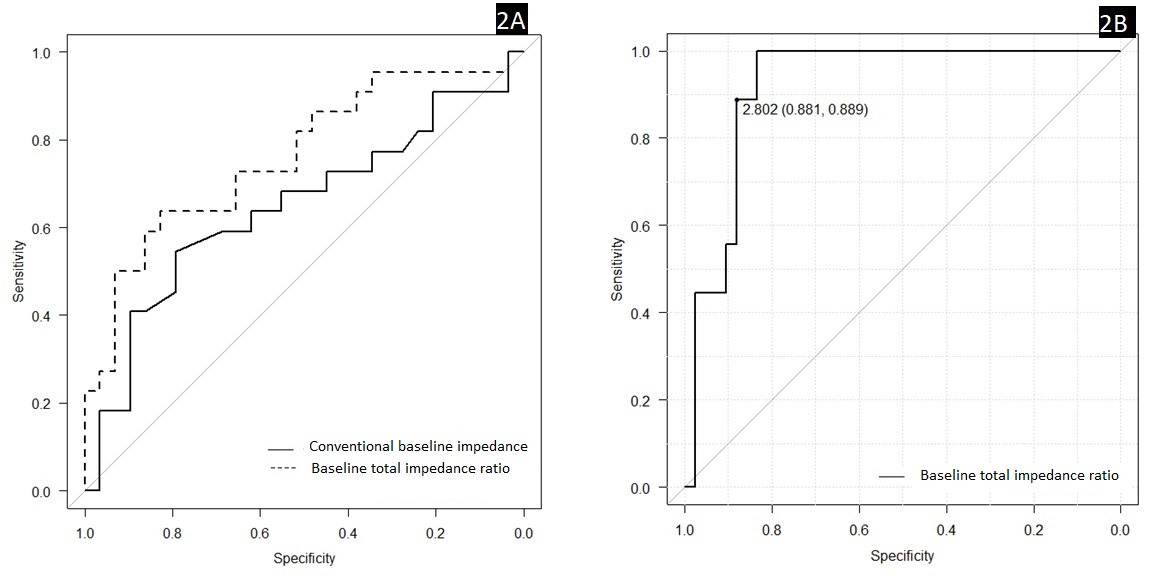