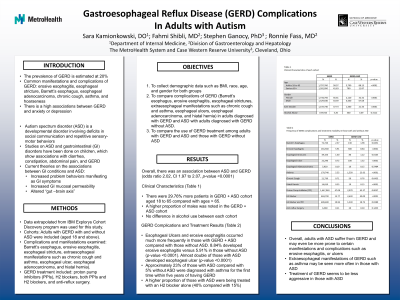 Introduction: Gastroesophageal reflux disease (GERD) has been shown to be associated with various psychiatric or neurocognitive disorders such as anxiety and depression. Those with autism spectrum disorder (ASD) are prone to gastrointestinal (GI) diseases, but most research has been done on children. Research in adults with ASD and GI disorders is greatly lacking. Our aim was to determine the effect of autism on GERD by comparing autistic adults wither GERD to patients with GERD but without autism. 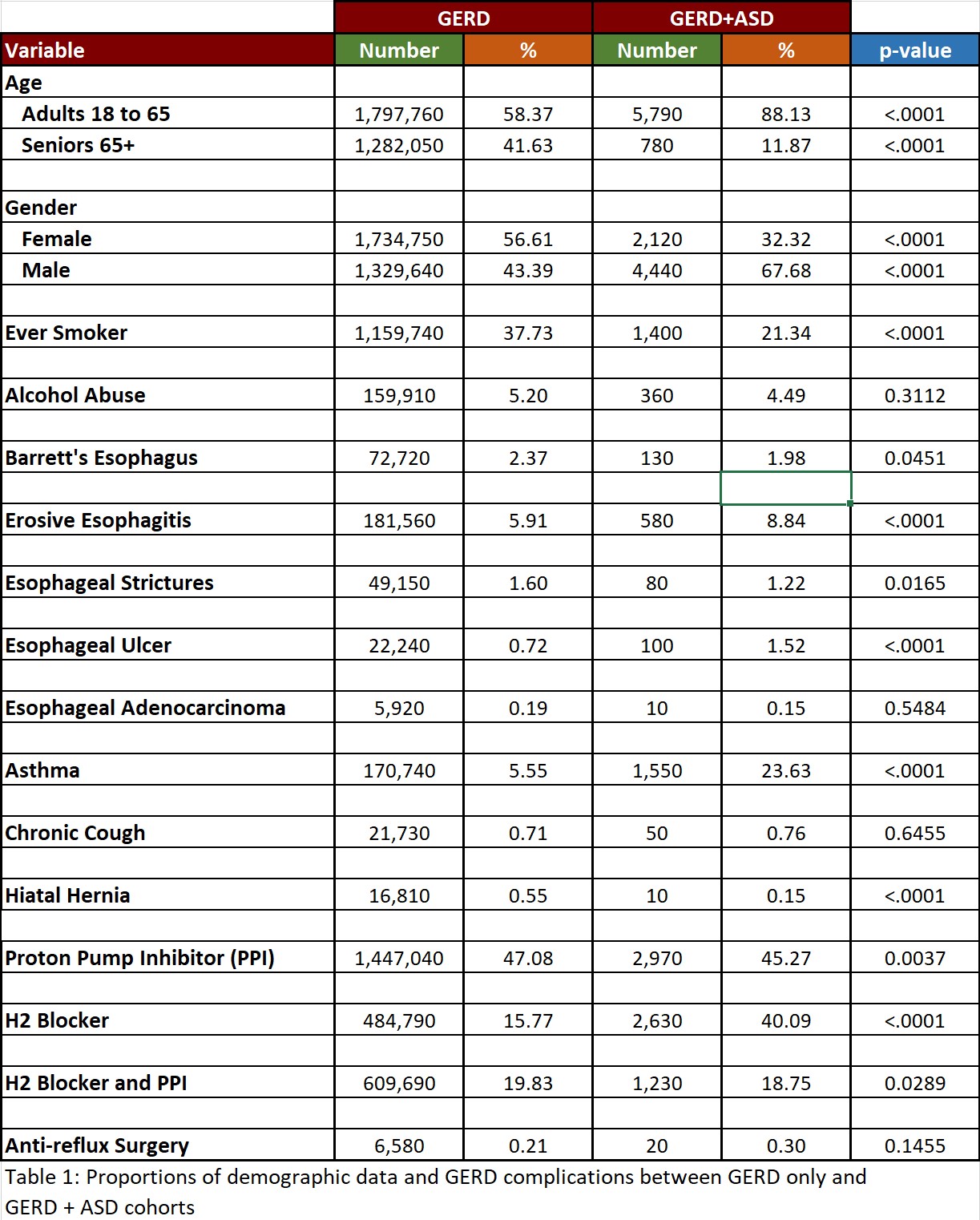