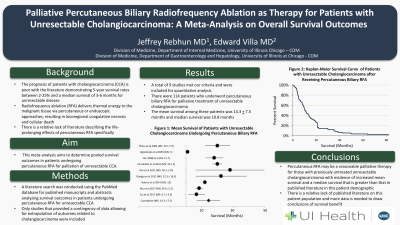 Introduction: The prognosis of patients with cholangiocarcinoma (CCA) is poor with the literature demonstrating 5-year survival rates between 2-25% and a median survival of 3-6 months for unresectable disease. 70-80% of CCA cannot be surgically resected, leaving only palliative measures available for these patients. Radiofrequency ablation (RFA) delivers thermal energy to the malignant tissue via percutaneous or endoscopic approaches, resulting in locoregional coagulative necrosis and cellular death. However, there is a relative lack of literature describing the life-prolonging effects of percutaneous RFA, specifically. This meta-analysis aims to determine pooled survival outcomes in patients undergoing percutaneous biliary RFA (PRFA) for palliation of untreated, unresectable CCA.

Methods: A literature search was conducted using the PubMed database for published manuscripts and abstracts analyzing survival outcomes in patients undergoing PRFA for unresectable CCA. Only studies that provided a contingency of data allowing for extrapolation of outcomes related to cholangiocarcinoma were included. A Kaplan Meier survival curve was generated using pooled survival data and mean survival was charted using a Forest plot for comparison among the studies.

Results: A total of 9 studies met our criteria and were included for quantitative analysis. There were 114 patients who underwent percutaneous biliary RFA for palliative treatment of unresectable cholangiocarcinoma. The mean survival among these patients was 14.3 + 7.5 months and median survival was 10.8 months.

Discussion: PRFA may be a reasonable palliative therapy for those with previously untreated unresectable cholangiocarcinoma with evidence of increased mean survival and a median survival that is greater than that in published literature in this patient demographic. However, there is a relative lack of published literature on this patient population and more data is needed to draw conclusions of survival benefit. 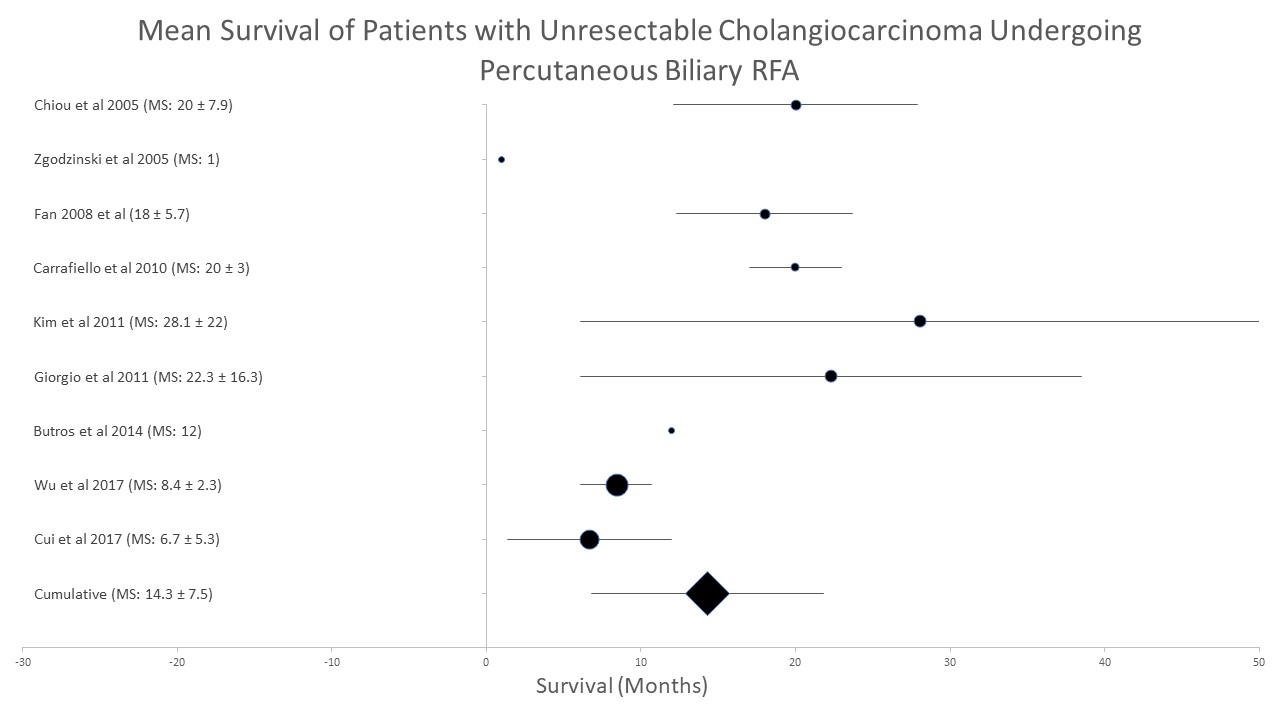 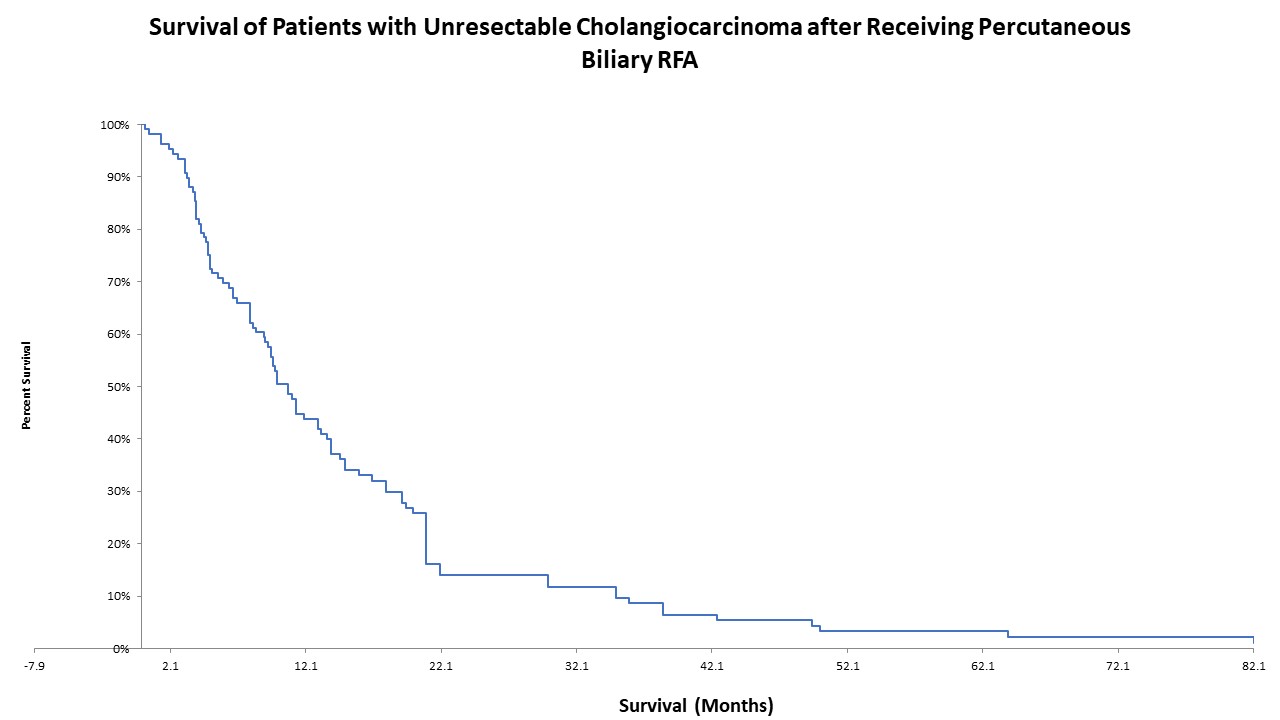